Elisabeth Kimmel, former owner of KFMB Stations, was arrested during a pre-dawn raid back in March 2019 as part of a bigger bust called Operation Varsity Blues. 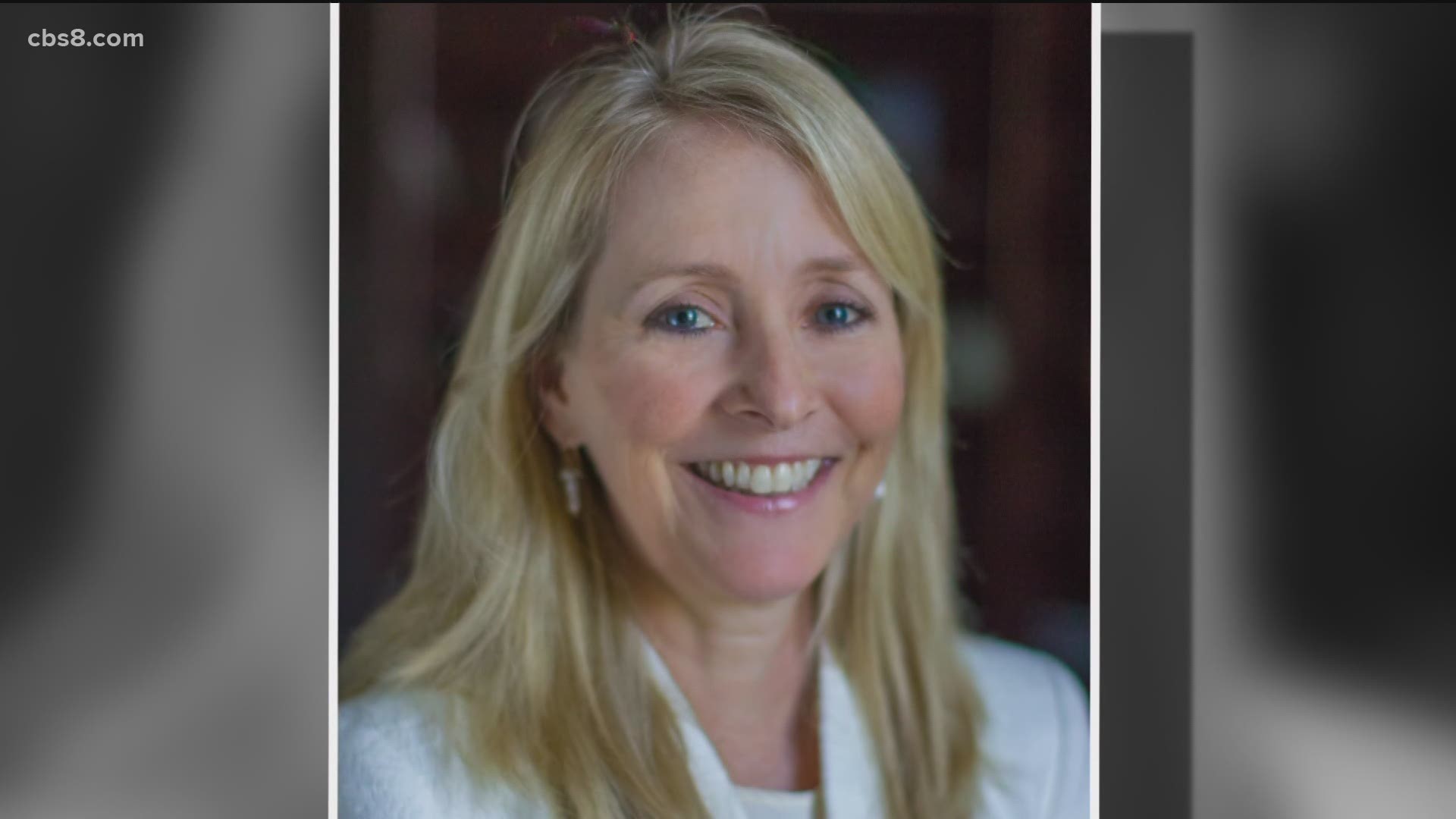 SAN DIEGO COUNTY, Calif. — The lawyer for a prominent La Jolla mother accused of making bribes to get two of her children into prestigious universities says his client is too sick to stand trial. According to court documents, he says her arrest was so detrimental to her health that the charges against her should be dismissed.

Elisabeth Kimmel, the former owner of KFMB Stations, was arrested during a pre-dawn raid back in March 2019. New pictures show federal agents in tactical gear and holding guns as they approached and banged on her front door. According to those documents, "This show of brute force succeeded in overwhelming Mrs. Kimmel, a 54-year old, 96-pound woman with a long history of coronary problems and no criminal history."

Her attorney goes on to say that "she began to suffer chest pains" and eventually ended up hospitalized in a "cardiac intensive care unit."

“It's a Hail Mary,” said former federal prosecutor Charles La Bella. “I don't think there's a lot of chance that it's going to be granted.”

La Bella said he understands why Kimmel's attorney is making the argument but doubts it will work.

Kimmel is accused of paying $475,000 to get two of her children into Georgetown and USC by using fake athletic profiles. She's pleaded not guilty to all charges. Her arrest was part of a bigger bust called Operation Varsity Blues. More than 30 parents were charged - including actresses Lori Laughlin and Felicity Huffman who already pleaded guilty and served their sentences.

“There's not very many question marks about these cases anymore because the testimony, the sworn testimony is all out there in the other trials,” La Bella said.

Kimmel had open-heart surgery in 2008 and continues to live with ongoing coronary issues. The court documents say her aggressive arrest made the situation worse and her condition remains perilous. As a result, her attorney argues she's not strong enough to testify in her own defense, violating her constitutional rights. He goes on to say, "The only appropriate remedy is dismissal of the indictment."

La Bella disagrees and said, “Dismissal is not the only option... and it's the most extreme option.”

La Bella said a judge may grant Kimmel some accommodations due to her health - but seriously doubts any judge would dismiss the case.