Cathedral Catholic High school is reporting that the SDPD has informed them that one of their teachers, Mario Fierro, was a victim of a homicide. 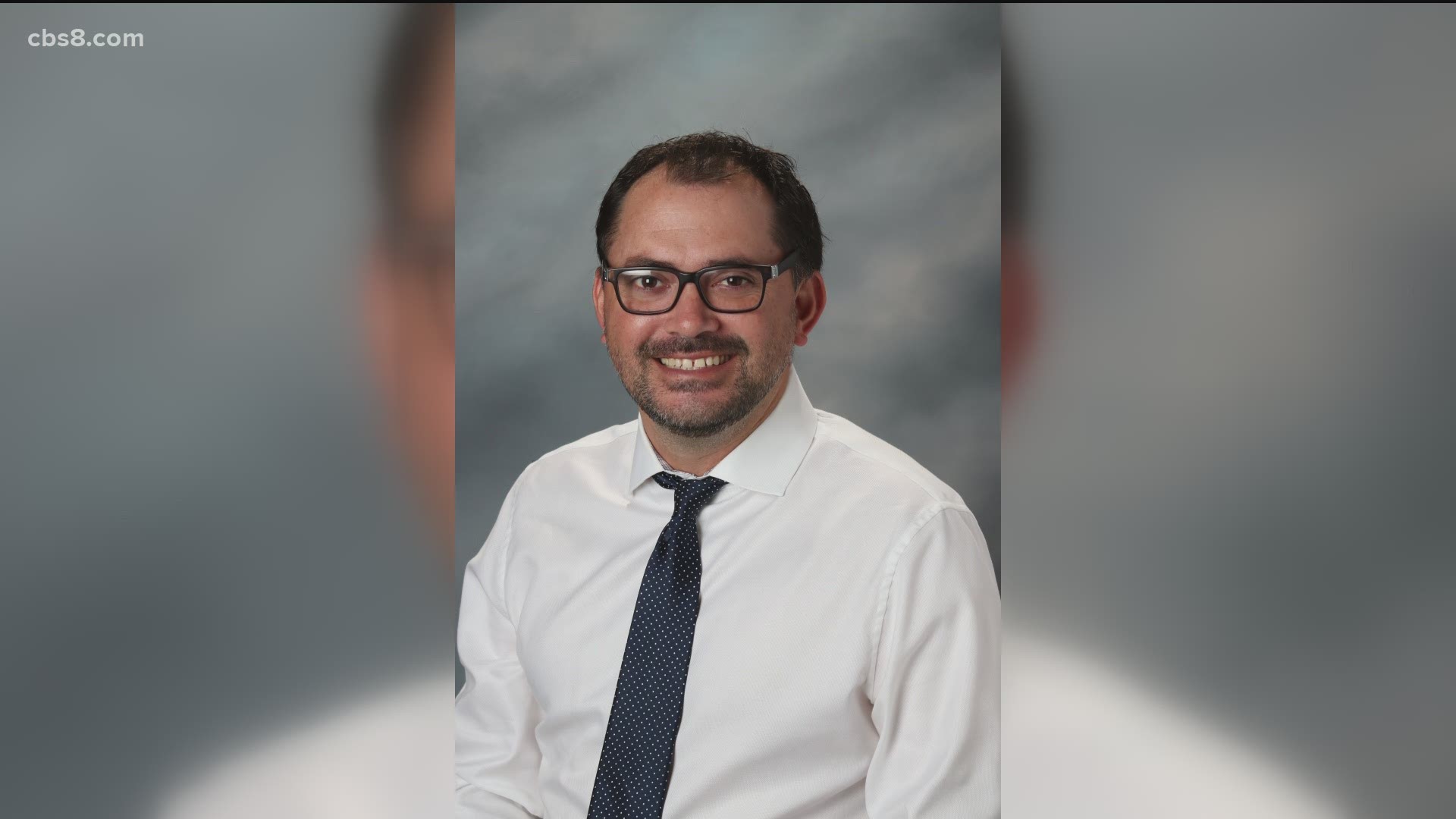 When officers arrived at the scene, they reported finding an unresponsive male with an apparent gunshot injury on the sidewalk.  Officers performed life-saving measures until they were relieved by San Diego Fire-Rescue personnel.  The victim was pronounced dead at the scene, according to police.

Detectives have learned the male may have been involved in an altercation with a Hispanic male in his 40’s wearing jeans and a zipup top.  He was last seen northbound on Kansas Street in a small, older vehicle.  Detectives are collecting evidence and attempting to locate witnesses.

The male victim has been identified, however, his name is not being released by the police.

According to a letter released by the school, Mario Fierro was young, vibrant and full of life.

"Everyone in our school community mourns his loss," diocese spokesman Kevin Eckery said. "Mario was young, vibrant and full of life. All of us loved him."

Homicide detectives have learned that Fierro may have been shot after getting into some kind of dispute with another man, who drove off to the north in a small older-model vehicle following the gunfire in the neighborhood just west of Interstate 805 and south of Madison Avenue, according to police.

"It is early in the investigation, and little is known about the circumstances surrounding the man's death," Lt. Andra Brown said this afternoon.

Fierro was a 2002 graduate of the Carmel Valley secondary school where he went on to teach social science, starting in 2016, and also served as a football coach.

"Obviously, this is a shock," Eckery said. "Out of respect to Mario's memory, all classes, in person and online, are canceled until Thursday. Parents who dropped off their students earlier today were asked to pick them up as soon as possible. Grief counseling will be available for students, faculty and staff."

The school also noted that there will be additional security posted on campus and SDPD is stepping up patrols in the area due to the fact the suspect is still at large.