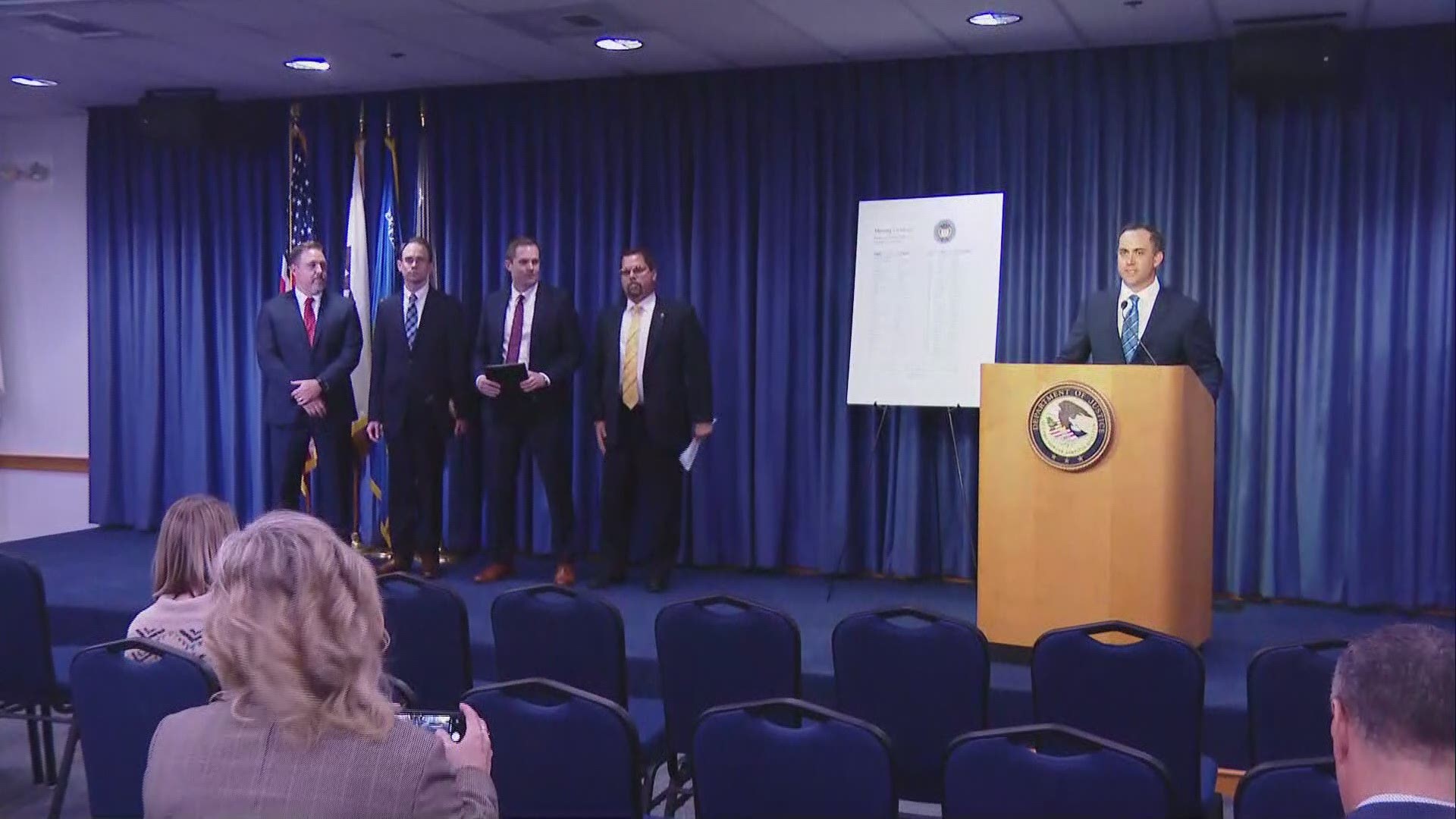 SAN DIEGO — A former San Diego County Sheriff’s Captain was arrested on Friday morning after being indicted on charges of operating an illegal firearms trafficking business. The indictment says SDSO Captain Marco Garmo sometimes ran the illegal business from his office at the Rancho San Diego Station with the help of others, including a fellow Sheriff’s deputy.

The indictment alleges that Garmo was engaged in the unlawful acquisition, transfer, and sale of firearms during his entire 27-year tenure as the Captain of the Rancho San Diego Station.

"This office will not tolerate public servants who abuse their positions of trust for personal gain," said First Assistant U.S. Attorney Peter J. Mazza. "Law enforcement members who step outside of the law are subject to the same standards as everyone else in our community. No one deserves the fair application of the law more than all of the law-abiding men and women who wear the badge honorably to protect our communities."

Magana and Hamel entered guilty pleas Friday morning, admitting they aided Garmo’s business by engineering and engaging in straw purchases of firearms, creating false records to conceal those purchases, and offering to promote Garmo’s weapons. Magana was granted a $25,000 bond; Hamel a $250,000 bond secured by a lien on a piece of property. They are scheduled to be sentenced February 21, 2020 at 8:30 a.m.