Police say when they arrived, they found the intruder's body in the backyard swimming pool. 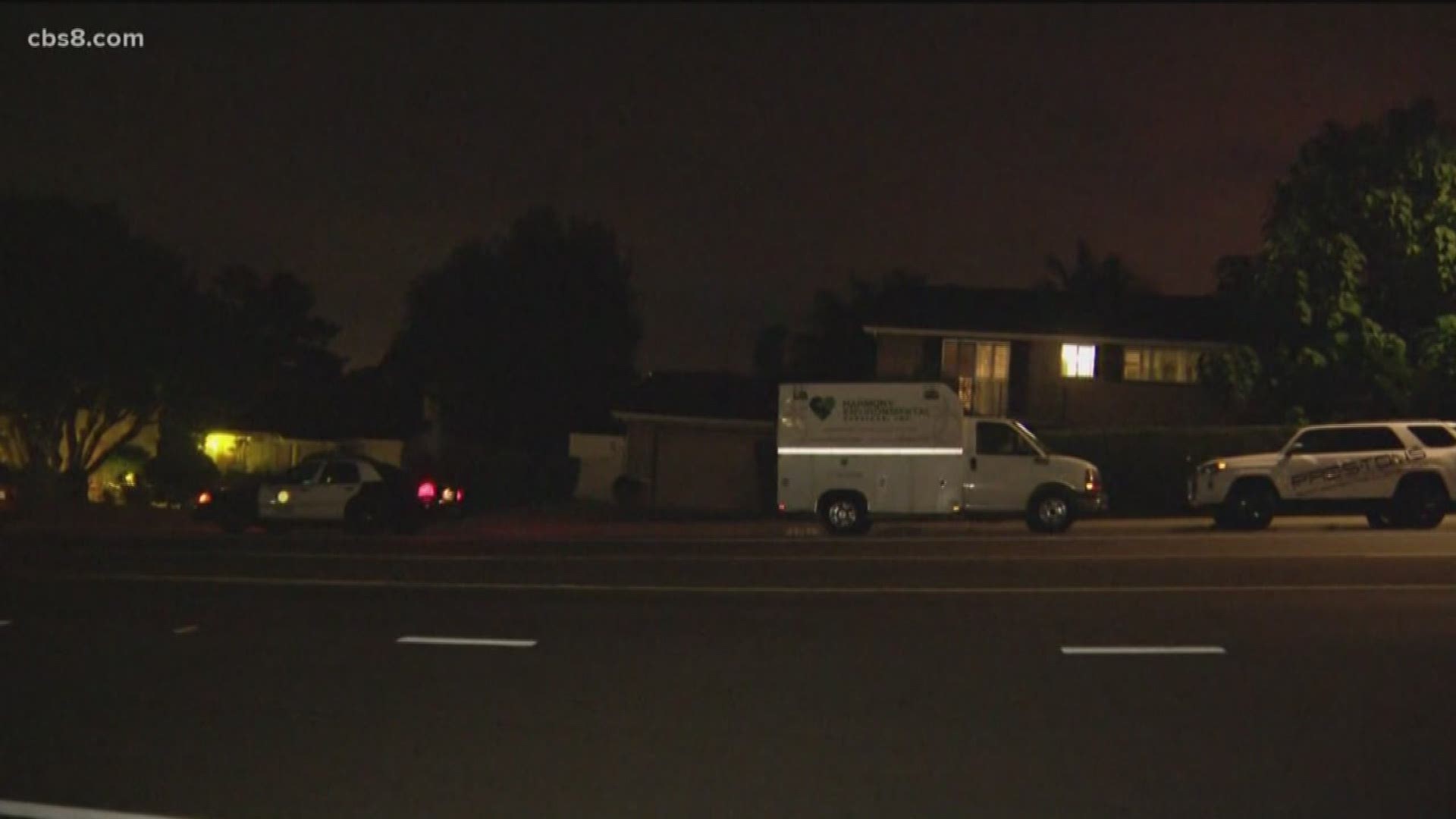 SAN DIEGO — An intruder was fatally shot and a homeowner was stabbed Tuesday morning during a break-in at a Lake Murray home, police said.

Dispatchers received a call around 6:30 a.m. from a woman who stated her husband was fighting with a man who had come into their house and that her son shot the man at a home in the 6300 block of Lake Shore Drive, off Jackson Drive, according to San Diego police.

When police arrived a few minutes later, they found the 54-year-old homeowner on the floor with stab wounds to his upper body. He was taken to a hospital, where he was admitted in stable condition.

As of Tuesday night, the homeowner remained in the hospital.

The suspect, a 38-year-old white man, was located in the backyard pool with a gunshot wound. He was removed from the pool and pronounced dead at the scene.

The victim and suspect have been identified, but their names are not being released at this time.

The deadly home invasion comes just one day after San Diego City council voted to pass a law requiring homeowners to lock up their firearms at home. Supporters felt the law would save lives, however critics pointed to personal safety, and the need to quickly defend yourself.

As of this report, police officers declined to release information as to whether the gun in this incident was locked up.