Video shows the person pointing the gun out the window as people walk near the downtown federal courthouse. At one point, he pulls the trigger, but does not fire. 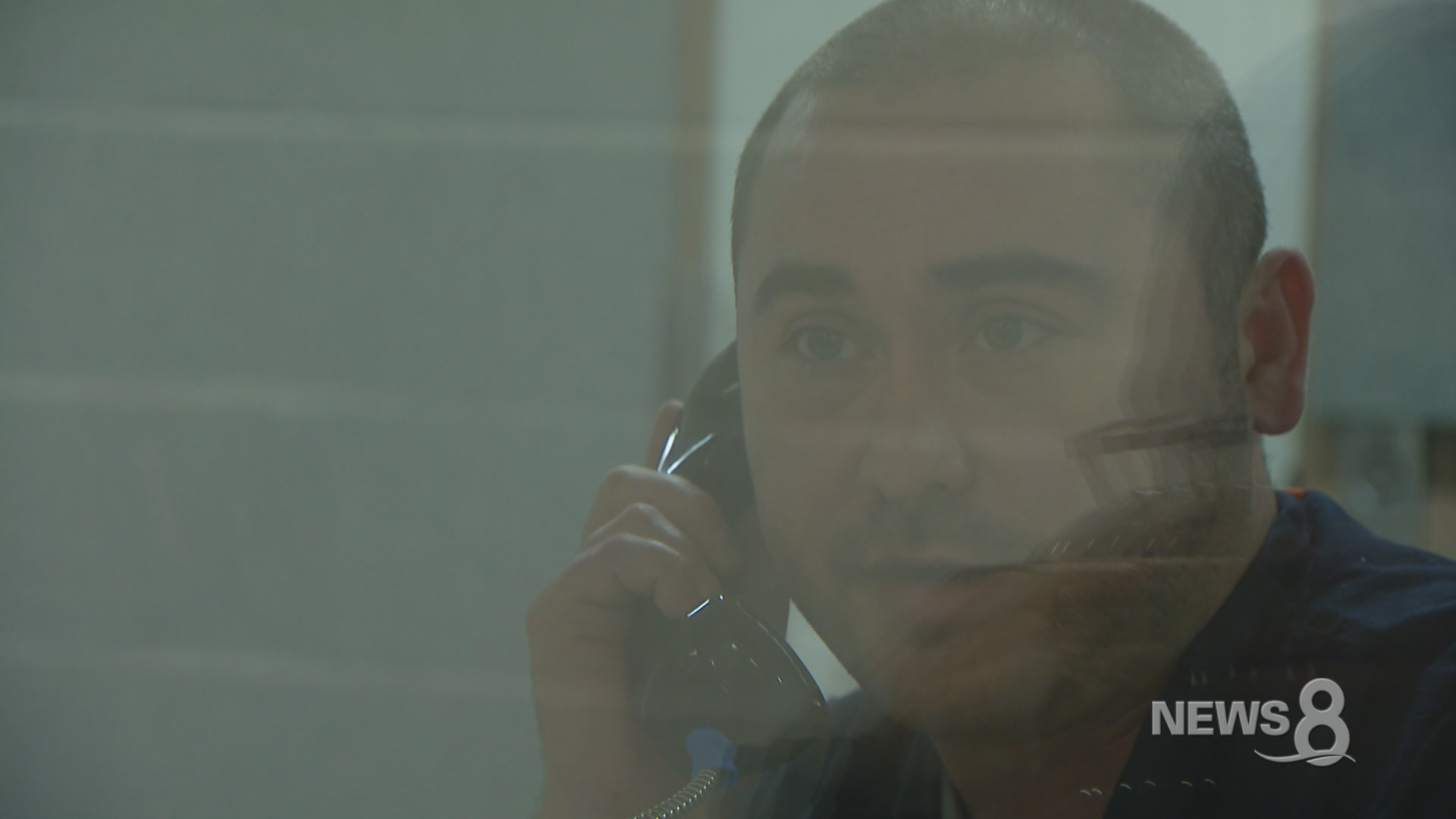 A Spring Valley man who allegedly posted two YouTube videos showing him loading and aiming guns out a hotel window at pedestrians was arrested Thursday by a terrorism task force.

Steven Homoki, 30, was taken into custody without incident on Thursday, according to the San Diego Police Department. Homoki was arrested on multiple firearm charges and endangering a child. In a jailhouse interview with News 8, Homoki said, "Obviously, looking back, it looks like if anyone else were to see it- it doesn't look good. It seems to me it got blown out of proportion."

During a search of his East County home, authorities seized multiple guns, including a high-capacity magazine and an assault weapon, SDPD Lt. Shawn Takeuchi said.

Homoki's arrest stemmed from an anonymous tip to the San Diego Police Department, which referred the case to the San Diego Joint Terrorism Task Force. The tip pointed investigators to two videos that purportedly show the suspect in a room at the Sofia Hotel in downtown San Diego aiming at pedestrians on West Broadway near the Federal Courthouse.

The videos were posted online between Sept. 17 and Sept. 18 under the username “Steven Anderson”. One was titled “consensus” with the caption “nothing is real.” The other was titled “wwjd” and captioned “Everything is fabricated for entertainment and none of these are intended for any audience. This is a private video. Shall not be published online for anyone to view and this is satire and not in any way shape or form to be taken seriously. Should children with toy guns deserve to get shot?”

Homoki claims the videos were for private use, but somehow went public. He said, "It was a curiosity, a miniature art project for myself. Just to get into a mindset and just kind of booked a night in a hotel to relax and do something fun and different. These were supposed to be private videos, not public."

Both appear to be recorded with a body-worn camera and show a person holding guns and hundreds of bullets strewn around the hotel room. At times, the wearer is seen crawling on the floor to grab cartridges and loading the guns. The person then pointed the gun out the window as people walk near the downtown federal courthouse. At one point, the wearer pulls the trigger, but did not fire the gun, and says “one down, more to go.”

Police declined to say how many firearms were seized from the suspect’s home.

Homoki was booked into San Diego Central Jail on suspicion of weapons offenses and willful cruelty to a child. The reason for the latter charge was unclear.

He was being held on $20,000 bail pending arraignment, scheduled for Monday afternoon.

He said he hopes the courts "can see it the way I do."

The police spokesman praised the unnamed tipster who turned Homoki in to authorities.

"This arrest is an example of a community member coming forward with information that posed an immediate threat to San Diegans," Takeuchi said. "The San Diego Police Department would like to thank the community for their shared efforts to keep everyone safe."