A podcast is looking back at the rampage that shocked San Diego. 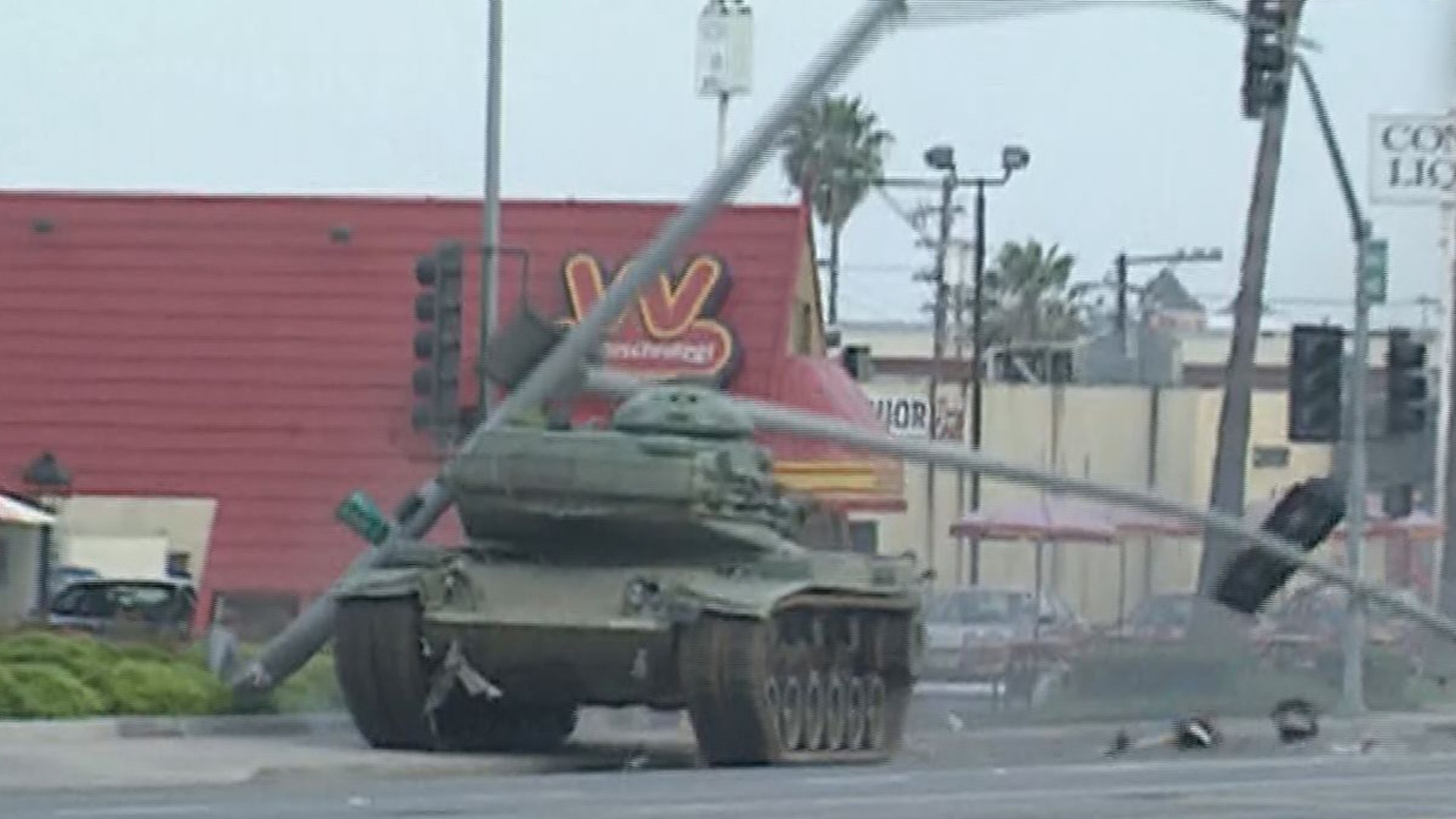 An M-60 Patton tank terrorized an American community for 23 minutes in 1995. It barreled through streets, smashed into cars and other vehicles, and knocked down light poles — leaving thousands without energy or water.

The driver was Army veteran Shawn Nelson, 35, and San Diego residents held their breath as they waited for his rampage to come to an end.

But who was Nelson and how did he end up in a tank on the streets of San Diego?

A podcast is digging into that question and Nelson’s story. The VAULT Studios podcast “True Crime Chronicles” will talk about his rampage with CBS 8’s Joe Wiedemann, who covered it minute by minute, in an episode that will be available Monday.

You can download and subscribe to "True Crime Chronicles" on any podcast platform, including Google Play, Spotify, Stitcher and Apple Podcasts. You also can listen to the latest episode in the player below when it is released on Monday.

Trained at Fort Knox, Kentucky, Nelson served in an Army tank battalion in West Germany for a few years. He had disciplinary issues, but he was honorably discharged in the early 1980s and returned home to San Diego.

He got married and started a plumbing business. Things seemed pretty good for a while.

But then his life started to unravel. His parents died and he used drugs. His wife filed for divorce.

Then Nelson drove his Chevy van to the California National Guard armory in the Kearny Mesa neighborhood. The armory usually closed at 5 p.m., and the gates would be locked. But on that evening, the employees at the vehicle yards were working late.

Nelson drove into the armory and parked his van. The vehicle yard was completely deserted, except for dozens of parked military vehicles. He broke the hatch of a 57-ton M-60 Patton tank and climbed inside.

Wiedemann, a CBS 8 news photographer, clearly remembers covering Nelson’s rampage that day. It was a dangerous situation, and at one point, he was less than 100 yards away from the tank.

“I can think of three stories that I will never ever forget. The tank day was certainly more dangerous for me than any other story I have covered. I have never been that close to something that I had no chance of sheltering myself from,” Wiedemann said.

Learn more about Nelson and how his rampage ended on “True Crime Chronicles.”

Below is some of the raw footage Joe Wiedemann shot that day: