Police said it does not appear anyone was struck by gunfire. One California Highway Patrol officer was taken to a local hospital for treatment of minor injuries. 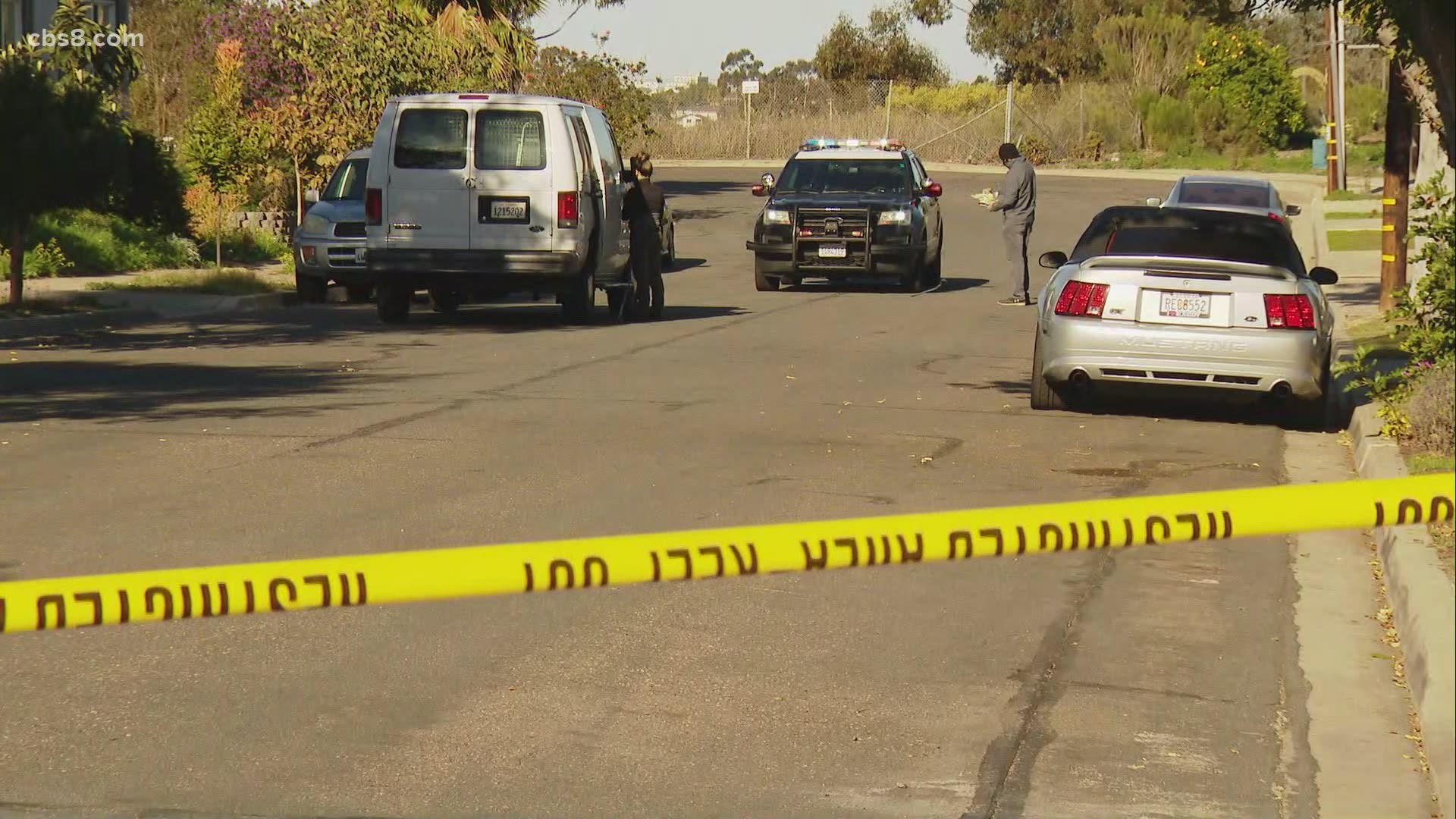 SAN DIEGO COUNTY, Calif. — A man was arrested Monday morning on suspicion of ramming an SUV into a California Highway Patrol vehicle during a pursuit in the Serra Mesa neighborhood, causing minor injuries to a CHP officer and prompting two officers to open fire, police said.

The incident happened on Murray Ridge Road and Encino Avenue in Serra Mesa around midnight, according to the San Diego Police Department, which was assisting California Highway Patrol.

According to police, a two-officer California Highway Patrol unit was on Interstate 805 near Murray Ridge Road when they noticed a red Acura MDX speeding and swerving in the traffic lanes. The traffic stop resulted in a brief pursuit and an officer-involved shooting.

When CHP officers initiated their stop, the driver was directed to pull over. There were two other passengers in the suspect vehicle. As the officers began approaching the vehicle, the driver sped off. About that time, the officers were notified the vehicle had been taken in a carjacking in the City of Escondido.

A brief pursuit ensued, which led to the suspect driver turning onto Encino Avenue, a dead-end street. The suspect made a U-turn as the officers exited their vehicle and accelerated towards the police officers' patrol car, prompting both officers to fire their weapons. The suspect collided with the patrol car as they tried to escape, pinning one of the officers between the door and the patrol vehicle. The officers attempted to follow the suspect vehicle but lost sight of it.

Police officers later located the vehicle abandoned in the 2200 block of Royale Crescent Court. Police said there were no individuals in the vehicle, but a 17 year-old girl was located nearby and was detained. A 21 year-old man, who was identified as the driver of the vehicle, was detained a short time later and was taken into custody. Police said a third suspect is still outstanding, but a description of the suspect has not been provided at this time.

Police said it does not appear anyone was struck by the gunfire. One of the California Highway Patrol Officers was taken to a local hospital for treatment of minor injuries from being pinned in the door of his vehicle. That officer has since been released from the hospital and is expected to recover from his injuries.

The San Diego Police Homicide Unit will be coordinating the investigation into the shooting in conjunction with the Escondido Police Department regarding the carjacking.