A man who shot two San Diego police officers, killing one of them, in the city's Shelltown neighborhood in 2016 was convicted Monday of first-degree murder. 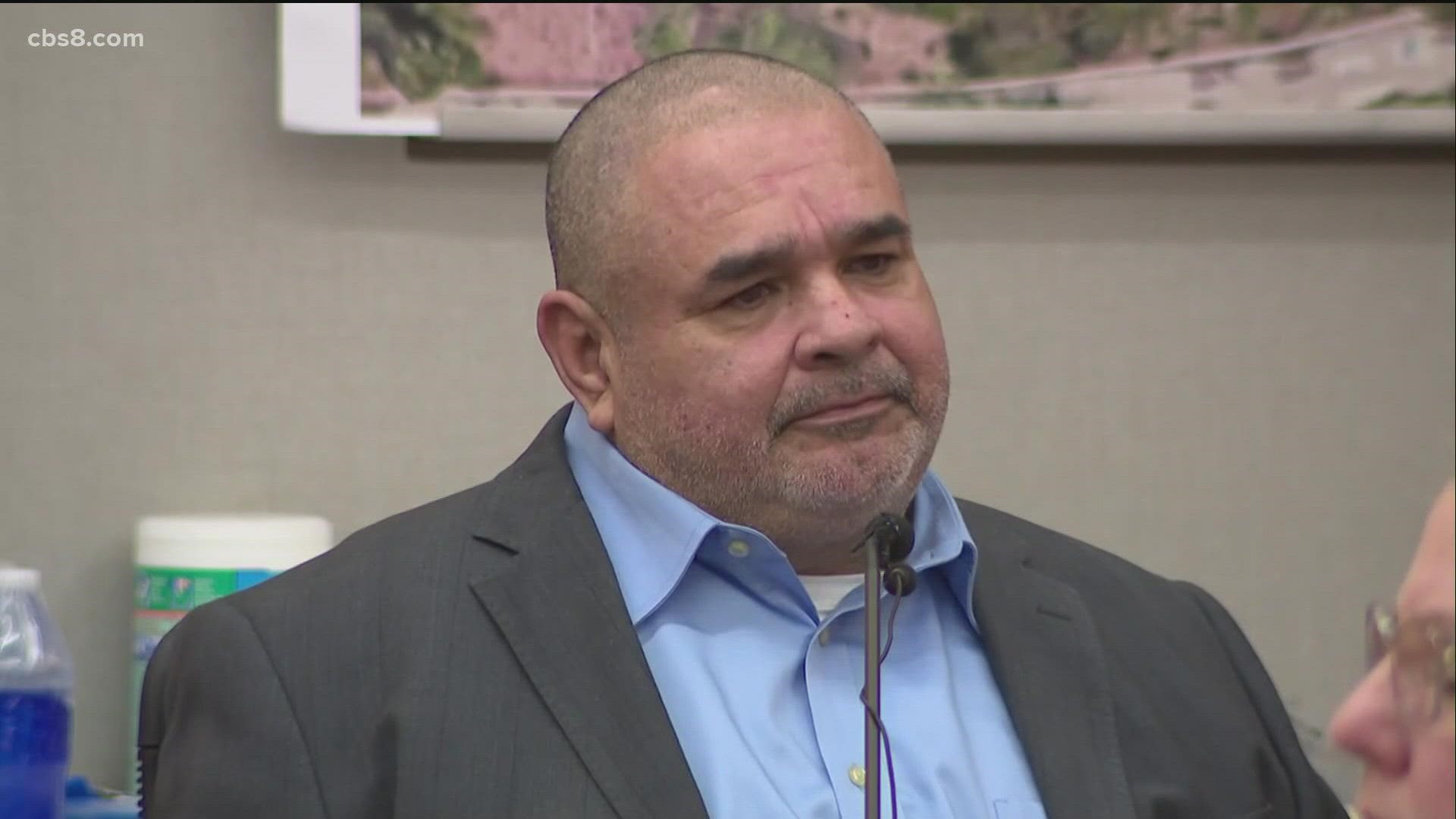 SAN DIEGO — The jury has reached a verdict Monday in the murder trial of a man accused of shooting two San Diego police officers more than five years ago, killing one of them.

The jury's decision was read aloud in the courtroom:

The jury also found true a special circumstance allegation of killing a police officer, opening Gomez to a possible death sentence. The penalty phase of his trial, in which jurors will recommend a sentence of either death or life in prison without parole, will begin Thursday.

Prosecutors say the officers were patrolling Acacia Grove Way when they spotted Gomez and another man split up and start walking along the north and south sidewalks of the street.

After following Gomez at slow speeds in their patrol car, Irwin testified that he got out of the vehicle and asked him, "Do you live in the area?"

He said Gomez then faced him with an "angry, hateful look on his face," then "immediately" raised his hand and shot Irwin in the throat, before walking toward the police car and firing multiple times on De Guzman.

Deputy District Attorney Valerie Summers alleged that Gomez, who had prior run-ins with the law and was illegally carrying a firearm when he was contacted, shot the officers because he was not going to risk going to jail again.

Gomez testified that he did not recognize that the car following him was a police patrol vehicle. He said he only saw that it was a car with its fog lights on, but testified that he found the manner in which it was traveling "pretty suspicious."

After the car stopped, Gomez testified that the headlights turned on, obscuring his vision.

He testified that a man got out and asked him, "Where are you from?"

Gomez said that question is a common gang challenge, which in his experience growing up in Shelltown means a violent encounter is soon to follow.

Though Irwin testified earlier in the trial that he asked Gomez, "Do you live in the area?" Gomez said he heard the question differently.

When asked to describe what was running through his mind at the time, he said, "I thought gang members were going to shoot and kill me."

A blood trail from the shooting scene led police to Gomez, who was taken into custody in a ravine off South 38th Street, a short distance from the scene, and hospitalized with a gunshot wound to his upper body.

WATCH RELATED: Man charged with murder in the death of SDPD officer testifies at his trial (Sep 2, 2021)