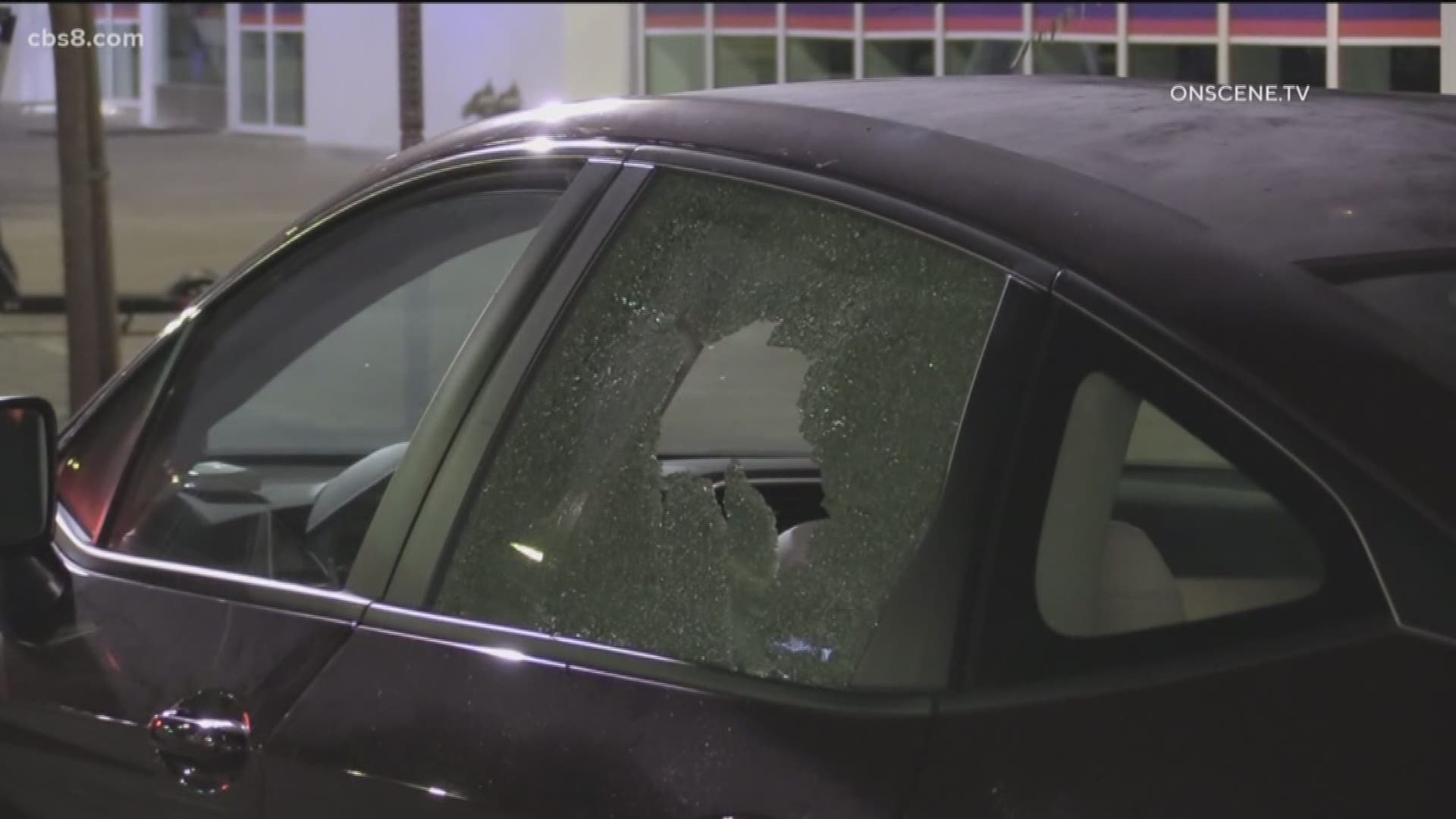 SAN DIEGO — Five people were shot by BB guns and more than a dozen car and store windows were damaged during a series of incidents in three cities over the weekend.

The incidents occurred late Saturday and early Sunday in downtown San Diego, Coronado, National City and other areas. Witnesses in San Diego and Coronado indicate that the shots were fired from a white sedan, which police are now searching for.

San Diego Police Lt. Shawn Takeuchi said five people were shot from the rear of a white sedan that drove through downtown San Diego shortly after midnight, a witness said.

The shootings happened outside the Omni Hotel on Island Avenue, where at least two people were hit, and on Park Boulevard, where a vehicle's back window was shot out, according to SDPD Officer Dino Delimitros. A woman was injured in the shootings and treated at the scene. Another victim declined treatment. Takeuchi could not confirm if anyone was taken to the hospital.

The Coronado Police Department also reported in a Facebook post that 23 BB-gun incidents happened around town on Sunday morning. The department anticipates additional reports of vehicles damaged by BB guns.

"In addition to car windows being damaged, a business in the 1200 block of Orange Avenue reported two of their windows shattered, and a homeowner reported having their front window broken," the department posted on Sunday.

The San Diego, Coronado and National City police departments are working together to investigate the incidents.

Coronado police asked business owners in the city to check their security camera footage captured between 1:30 and 2:30 a.m. Sunday "for activity that may have captured the suspect(s) and/or their vehicle."