For the second time this month, a man dropped off dangerous chemicals to be disposed of at the Miramar Landfill. 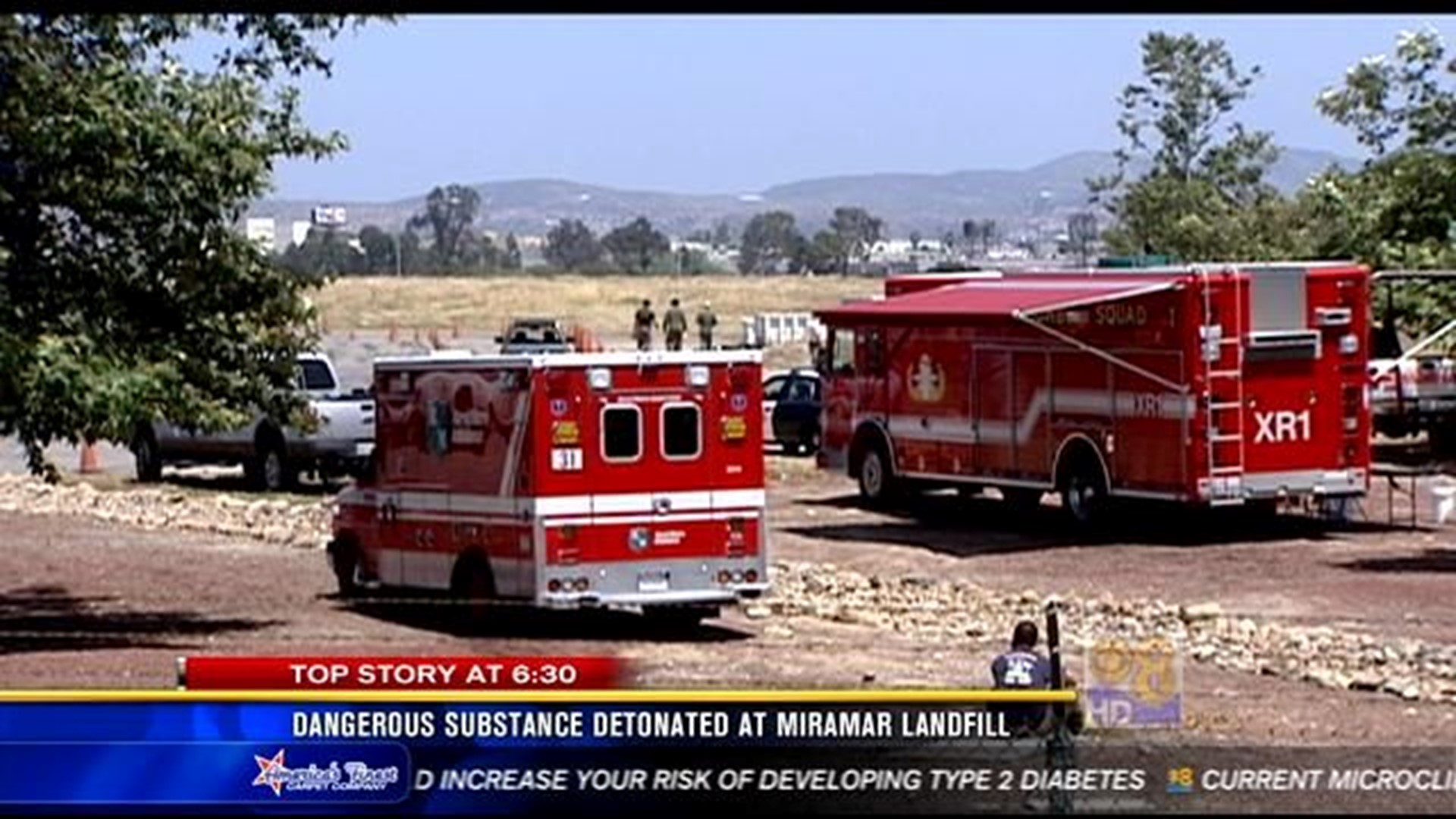 SAN DIEGO (CBS 8) - For the second time this month, a man dropped off dangerous chemicals to be disposed of at the Miramar Landfill.

And once again, Hazmat teams and the bomb squad showed up to destroy the substance.

Investigators say the man called ahead to let them know that he was bringing in the hazardous liquid used in laboratories, which had been sitting around his house for about 15 years.

It's called tetrahydrofuran and officials quickly closed the landfill and highway 52 once they realized what was dropped off.

The unidentified man followed all the rules for the household hazardous waste program except one.

"He made a regular appointment, he just did not make it clear of what he was actually bringing in."

More than a liter of tetrahydrofuran was brought to the landfill, and when it sits and for ages too long it can become explosive.

"This individuals had this sitting around for 15 years so it was definitely over its expiration date."

Fire crews again moved in, closed roads and highway 52 in both lanes to prevent drivers from being rattled by the controlled explosion.

"It was definitely a disruption. There was a lot of moving parts to this incident and the biggest thing was about the safety of the public."

And the public apparently will not have to worry about another encore at the landfill anytime soon.

"We have personnel in place that actually went to his house to take care of any other issues he has with hazardous materials."

Officials tell News 8 the man purchased the tetrahydrofuran legally and it's legal to have the chemical.

Investigators are looking into figuring out if any punishment will come with not warning landfill workers that he was bringing the chemical.