DecoBike to remove and relocate bike stations around San Diego

The City is getting ready to make some changes to its bike-sharing program. Starting Tuesday, the City will remove 15 DecoBike bike stations across the city. 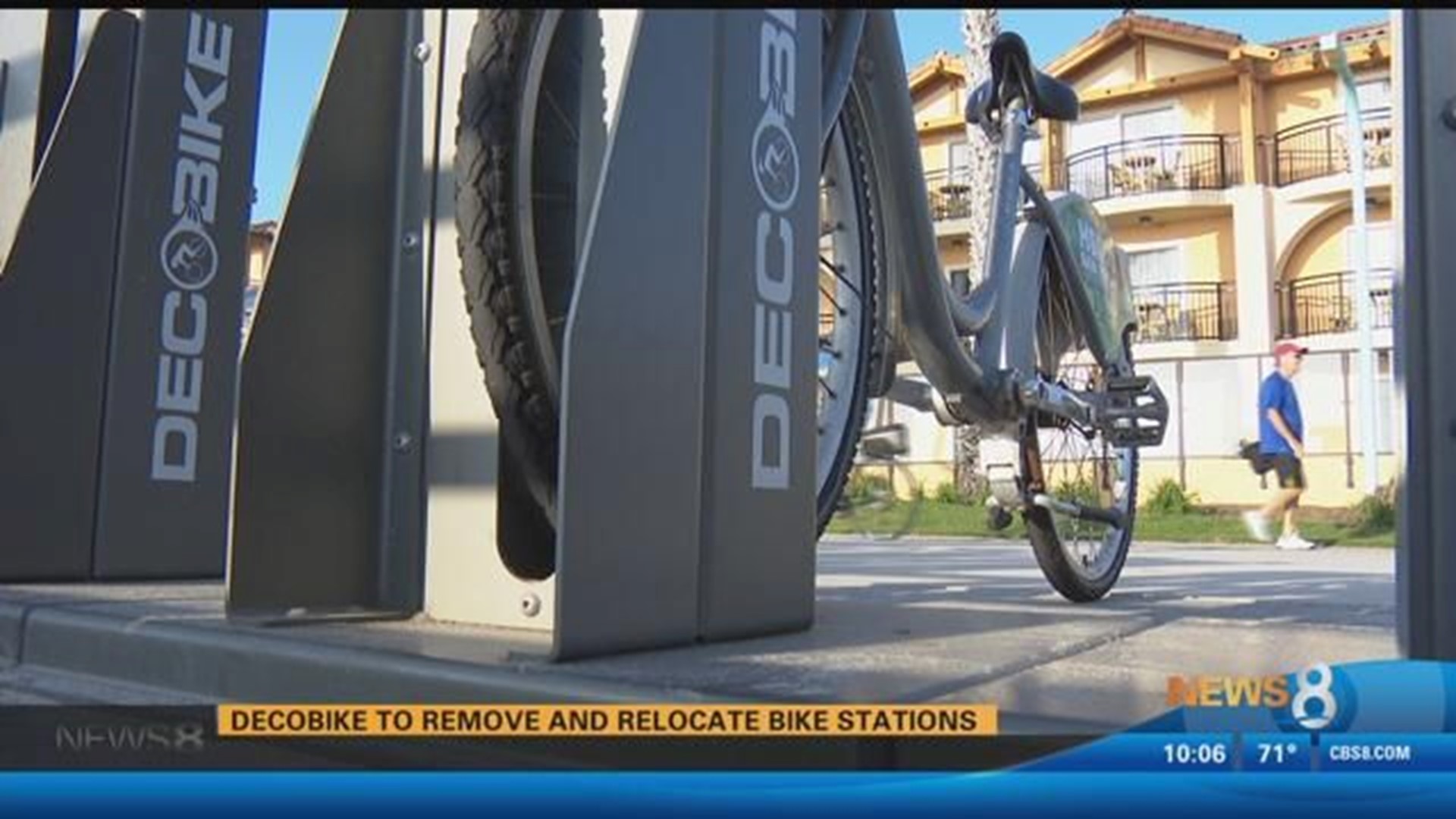 SAN DIEGO (NEWS 8) — The City is getting ready to make some changes to its bike-sharing program.

Starting Tuesday, the City will remove 15 DecoBike bike stations across the city.

Some say bike-sharing on the boardwalk is great, while others disagree.

Not everyone thinks they are awesome.

There are also concerns about bike rental shops and prime real estate.

Brian Hess of WestOne Rentals said he thinks he'll get more business with with the bikes stations gone and DecoBike having their rentals on the boardwalk is unfair.

In partnership with the City and its climate action plan, DecoBike rolled out in the fall of 2013 saying it invested $8-million, signed a 10-year-agreement with the City and eventually would launch 180 stations with 1800 bikes. They also planned to share revenues with the city.

"This is not a commute spot," said Hess. "This isn't some place where they are going to go to the bus terminal to a bike to another bus terminal."

For four years the Pacific Beach Planning Board – including past president Curry and others - gathered 3,000 signatures and lobbied the City to put the brakes on DecoBike on beach boardwalks.

"If the locations had been at bus stops or at trolley stops, neighborhood grocery stores, that kind of thing we understood - and that is what we understood we were going to have when we invited them into the neighborhood," said Curry

The City didn't explain why, but sent an email Friday to community planning groups alerting them that starting Tuesday 15 DecoBike stations would be removed. [See below for email.]

"We are so happy the City finally saw the light, heard the community and decided to remove them from those areas," said Curry.

The DecoBike vice president of operations, David Silverman, referred News 8 to the City when asked to comment.

The City didn't elaborate but in its e-mail it said it would work with Downtown, Uptown, North Park and Balboa Park community groups on expanding bike share stations.

Below is the full email sent by the City in regards to the removal of the bike stations:

The City, per discussions with DecoBike, will focus on expanding the bike station locations by increasing the use of bike share for transit connectivity and short trips, which continues to support the City’s Climate Action Plan efforts and mobility hub plans.  As a result, the City is proposing new locations in the urban core areas which will be presented to the appropriate Community Planning Groups.

Based on this current focus, DecoBike will remove and relocate the bike stations listed below to the urban locations through the above mentioned City community outreach process.  The removal of the stations will begin on Tuesday, September 5 and conclude the week of September 11.