Election Flyers: Do all those annoying mailers really work?

Election season is right around the corner, and that means a flood of campaign ads and letters are popping up in people's mailboxes. 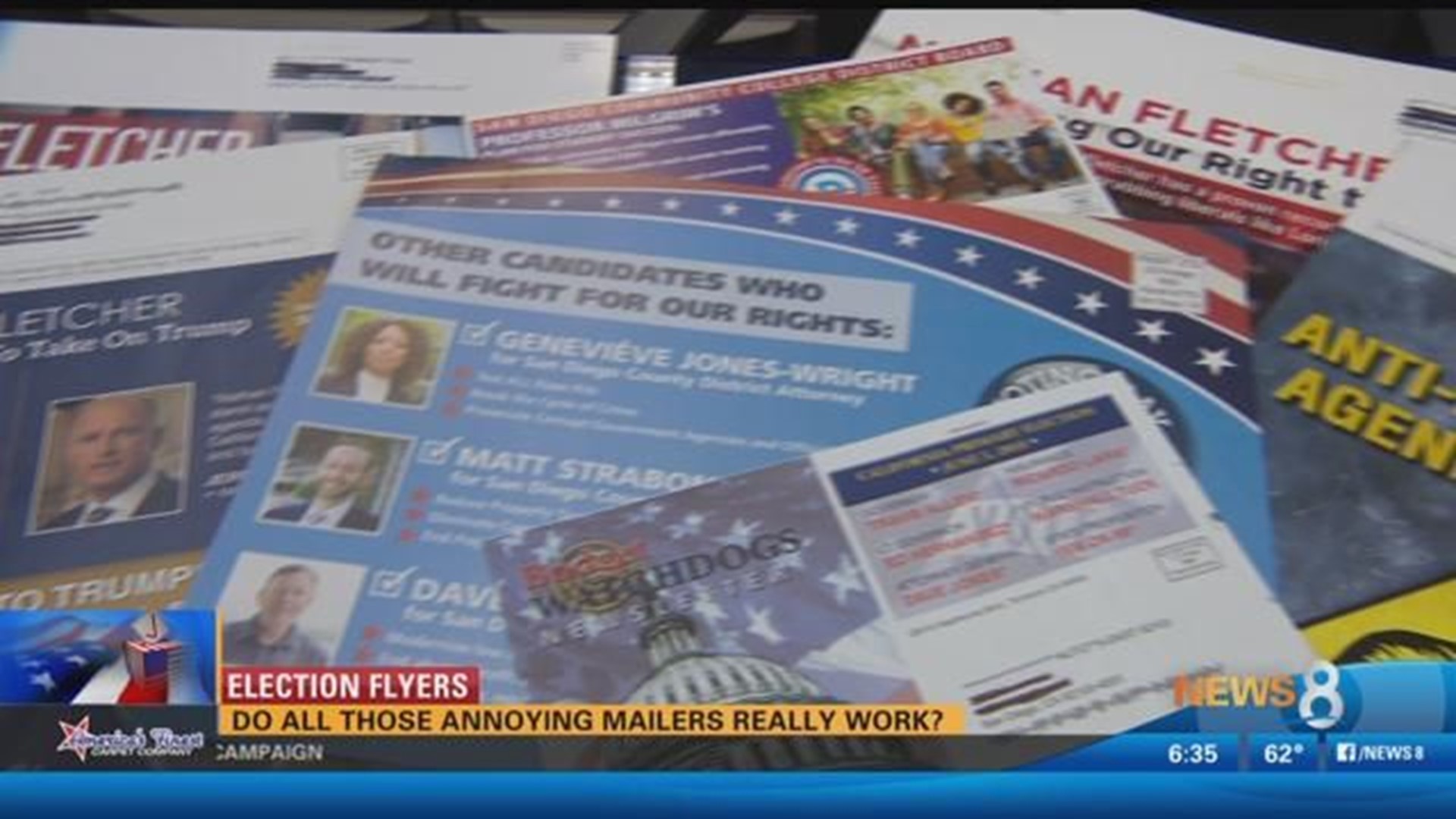 SAN DIEGO (NEWS 8) - Election season is right around the corner, and that means a flood of campaign ads and letters are popping up in people's mailboxes.

A recent study by two California political scientists said, no.

The study looked at how 49 different campaign efforts, including mailer ads and television advertisements affected people's choice in the voting booth.

The study found that all 49 campaign efforts had an average affect of zero.

"They have to take a chance that they are pieces are going to stick out from the pile of mail you receive," said Fink.

Fink further said candidates need to reach as many voters as possible and that means striking out on all available platforms.

"For older voters that generally means mail. They pick up the mail out of their mailbox and they look at it for a few seconds, but they absorb the spirit and the message that it contains," said Fink.