Authorities are on the scene after an Escondido police officer was hit by a car. 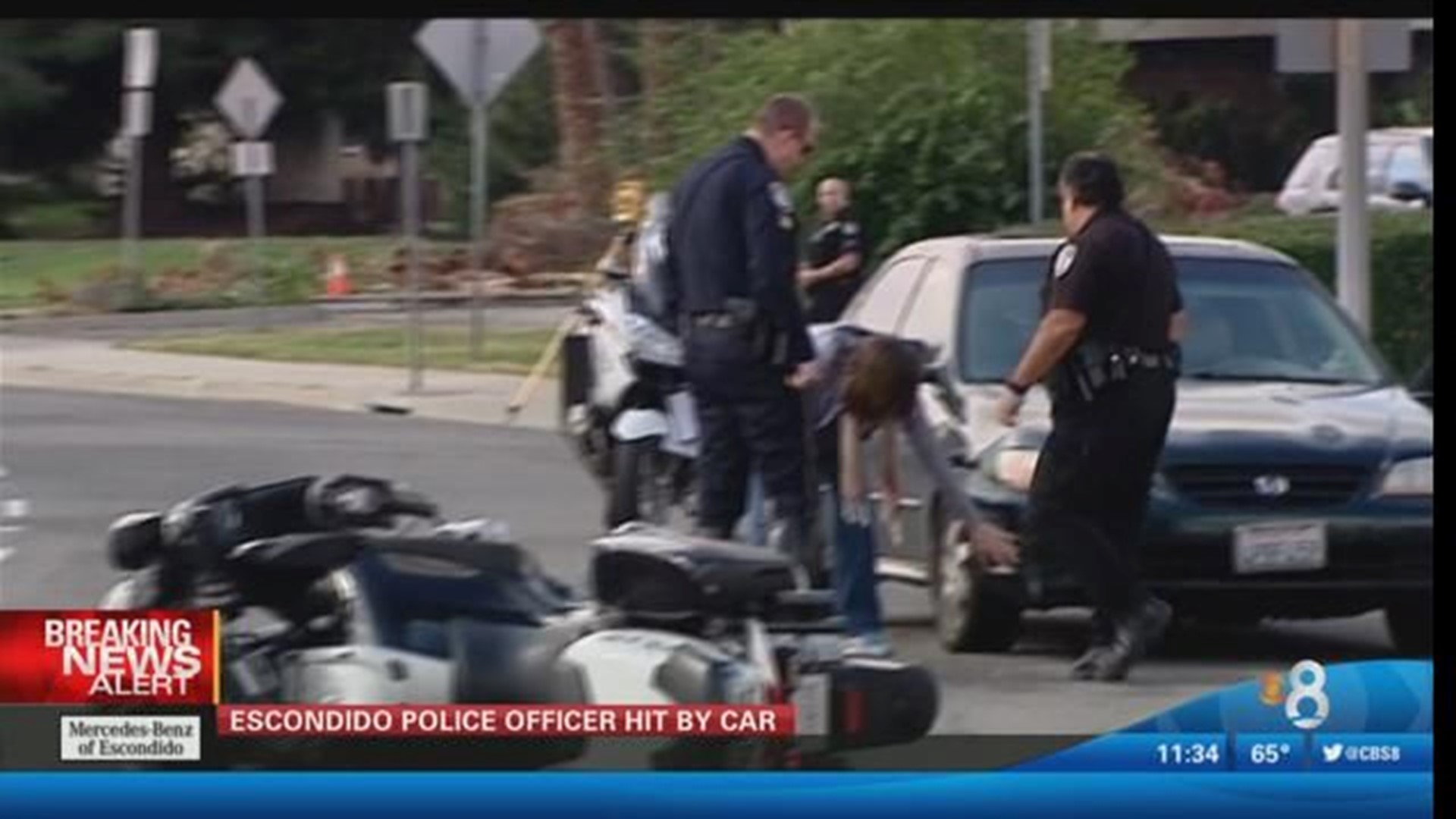 ESCONDIDO (CBS 8) - An Escondido police officer is recovering a local hospital, after he was hit by a car Monday morning.

The accident happened just after 10:30 a.m. at the intersection of Quince Street and Second Avenue.

Police say the officer was in the process of pulling over a car when a second driver made an unsafe lane change and knocked him off his motorcycle.

The officer was taken to the hospital to treat injuries to his feet and chest.

Police say alcohol was not a factor in the crash and it's unclear if the driver who knocked the officer off his bike will be cited.