A family is recovering this week following a T-bone collision in El Cajon last Friday. 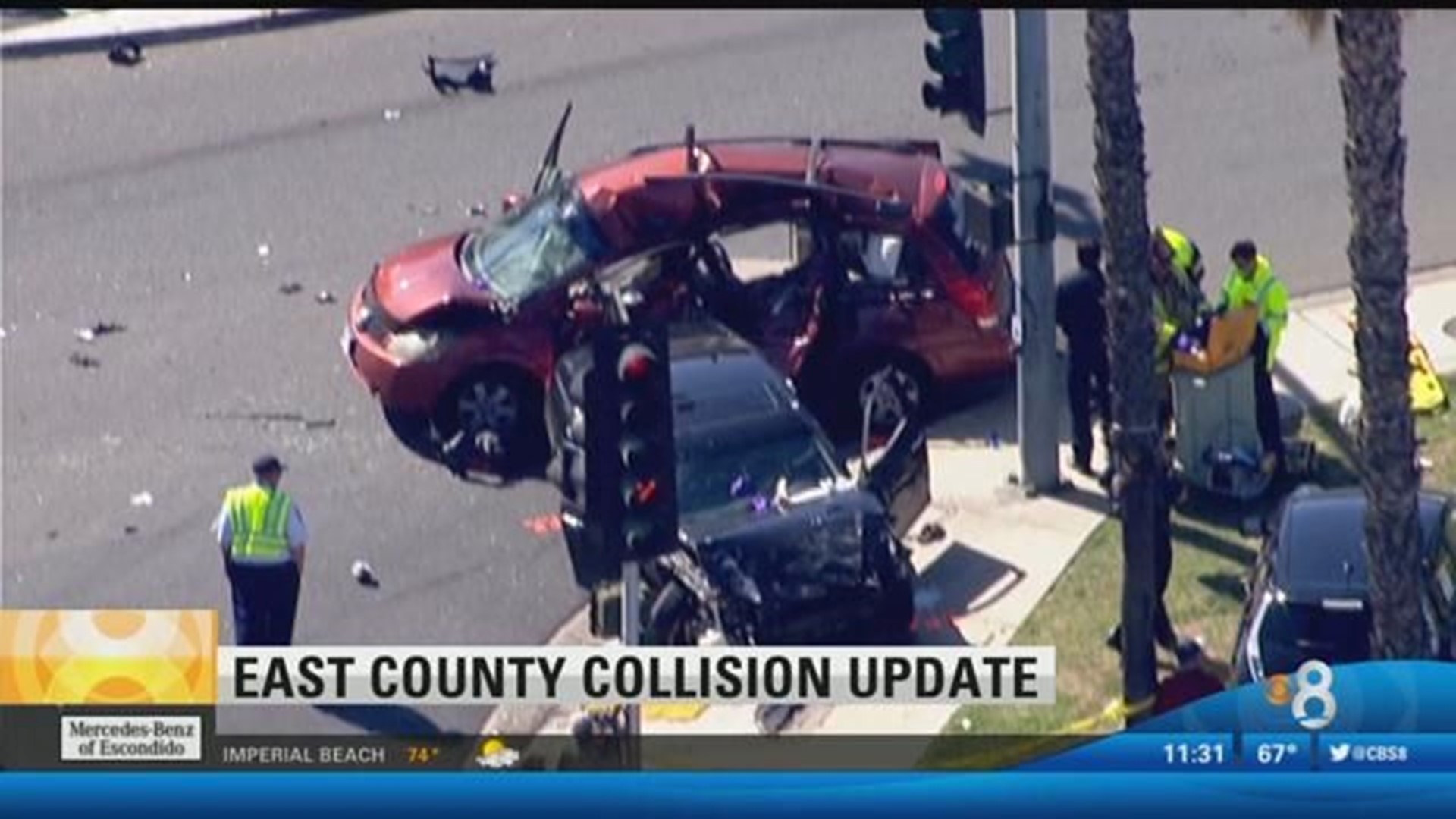 The wreck occurred shortly before 10:30 a.m. Friday, February 19 when a speeding motorist lost control of her westbound Lexus sedan in the 1000 block of West Main Street in El Cajon, according to police.

The car veered off the road and hit a utility pole, a street sign and a traffic signal before entering Marshall Avenue against a red light and crashing broadside into a southbound Nissan Quest, Lt. Randy Soulard said.

Emergency crews extricated the occupants of the minivan -- two women, a toddler and an infant -- and took them to trauma centers for treatment of severe, life-threatening injuries. The driver of the Lexus, a woman in her 60s, also was taken to a hospital, where she was admitted in stable condition.

"A miracle. I don't want anything else. A miracle to save my family because if they're dying, I'm dying too," said Michael Wander, grandfather the two children in the crash.

Wanser's 39-year-old wife Ruth, their daughter in law Denise and Denise's children, 3-year-old Jacob and 2-week-old Ryan, were in the family van during the crash. As of Monday morning, Ryan is still in critical condition and the others are showing signs of improvement. Wanser says that Ruth is now breathing on her own, is speaking and can follow commands. Denise broke several bones, including her pelvis, but she is alert and is currently recovering in a wheelchair. As for Jacob, Wander says he is now listed in stable condition.

Family members have set up a Go Fund Me page to help cover medical expense and to help fly the children's father from Mexico to see them in the hospital. In the meantime, Wanser says he is continuing to ask for prayers.