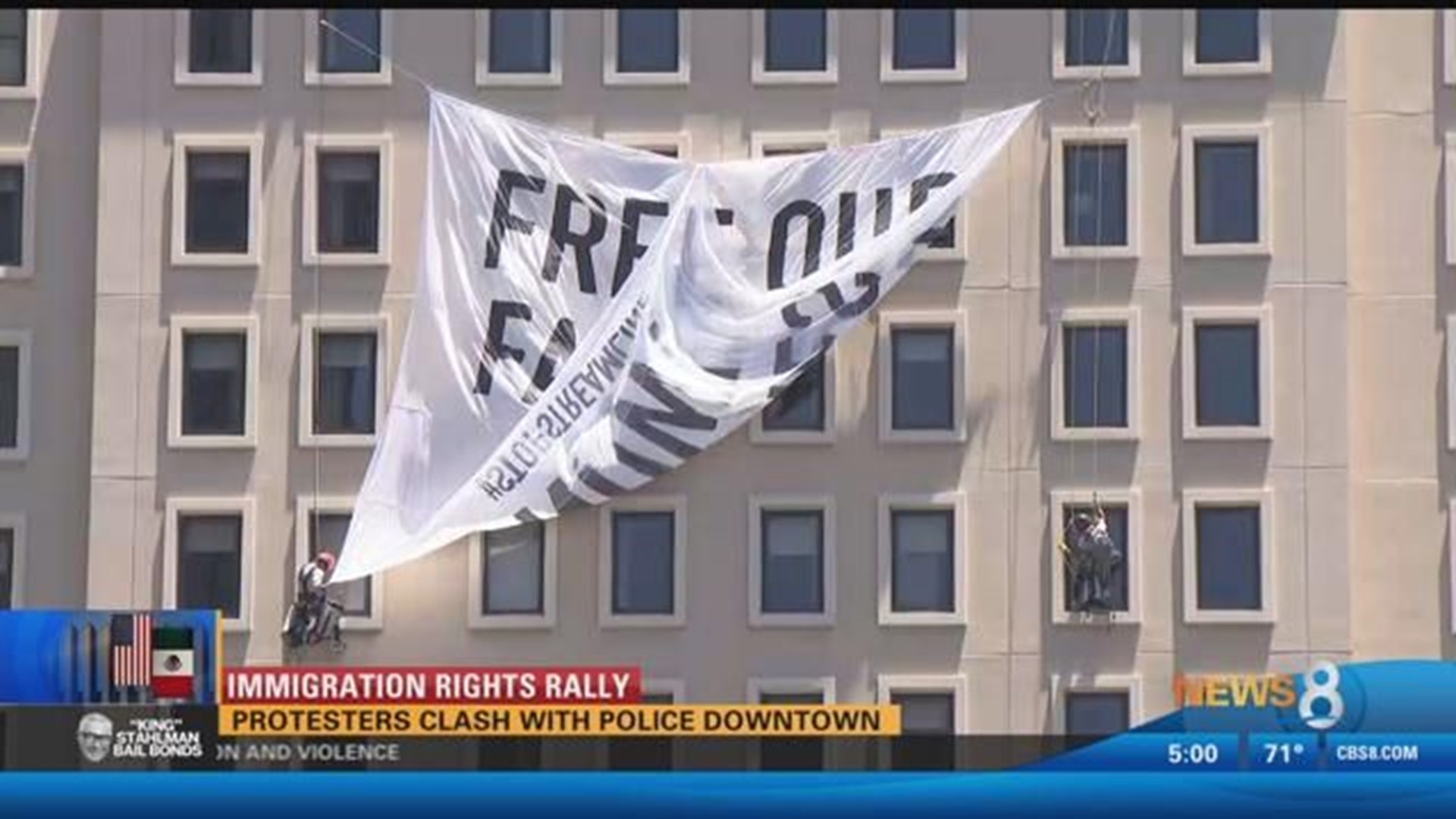 SAN DIEGO (CNS) - Police arrested 10 demonstrators Monday at the "Free Our Future" protest in downtown San Diego against the Trump administration's zero-tolerance illegal immigration policies, mainly for draping a banner from the roof of the Westin hotel.

The arrests were made around 2 p.m., according to San Diego Police Department Officer John Buttle.

Demonstrators also could be seen locking arms and blocking the entrance to the Edward J. Schwartz Federal Building on Broadway. They were warned by police at least twice that they were a fire hazard and could be arrested if they continued to block the federal building entrance, but none of them had been arrested as of mid-afternoon, according a member of Mijente, the social justice organization that arranged the protest.

Hundreds first gathered at Chicano Park around 9 a.m. before marching downtown. Many of the protesters held signs calling for the abolishment of U.S. Immigration and Customs Enforcement.

Mijente member Maru Mora told City News Service that protesters were blocking the federal building because "these are places where we have seen the criminalization of our community."

The action coincides with the expected San Diego introduction of Operation Streamline, a fast-track prosecution program that moves migrants through the criminal justice system in group hearings. Originally introduced by President George W. Bush in 2005, the program has lately been used only in select Arizona and Texas cities.

Grassroots groups such a Junto Global, Puente and GLAHR attended the rally.

Representatives from the Women's March also participated, along with members of 35 organizations including the Communication Workers of America, Movement for Black Lives, Dream Defenders, Faith Matters Network, Working Families Party and Jewish Voices for Peace.