865,000 women left the workforce in September, where did they go and will they return?

Many who left work in September were Latina or Black and of prime working-age and were either laid off or chose to leave the workforce to care for their families. 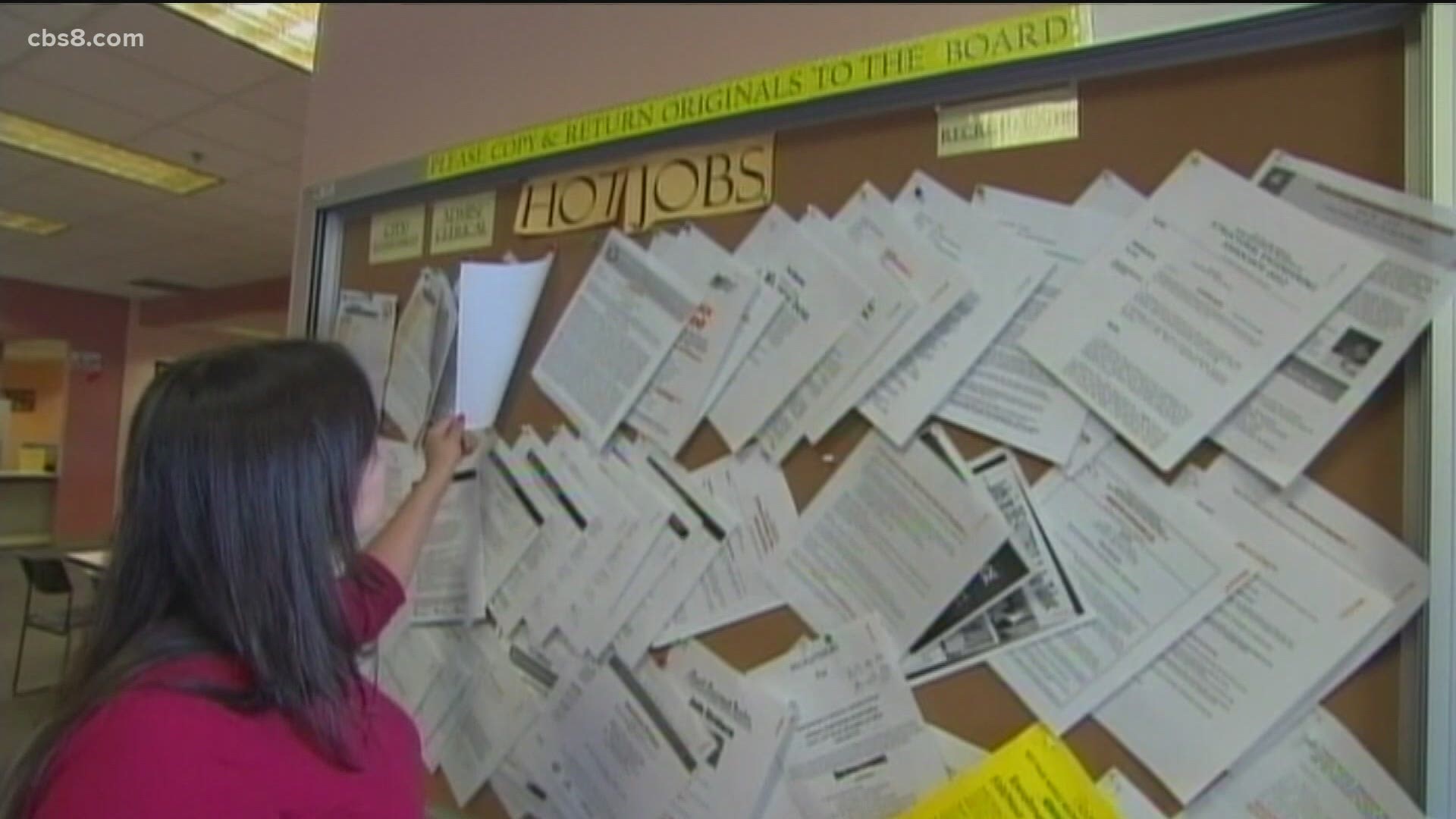 An estimated 865,000 women left the workforce in September, about four times as many men who left, according to an analysis of U.S. Department of Labor statistics by the National Women’s Law Center. Many were Latina or Black and prime working-age who were either laid off or chose to leave the workforce to care for their families.

Some experts fear their departure could have a ripple effect throughout the community.

Locally, San Diego County’s most diverse neighborhoods have suffered the most from the economic and physical effects of coronavirus. Many of the industries that have the highest percentage of laid-off workers also had more women on their payrolls.

Women represented 48% of the workforce before the pandemic but represent 51% of those who lost their jobs.

“The retail industry, the tourism industry, and education were hit the hardest. From the analysis that we've done and when you take a look at the percentage of women who work in those industries, it's higher than average. That's part of the reason that they've been hit harder in terms of the minority groups,” said Chief Economist and Chief Data Analytics Officer at SANDAG Ray Major.

The agency’s last analysis found the tourism and hospitality industries have a 37% unemployment rate and are the largest sectors of unemployed workers in the county. Both may take the longest to recover, even if a vaccine becomes available in the next few months.

Major points out the state’s color-coded Blueprint for a Safer Economy does not have a “green” tier, indicating the virus is no longer a threat and all businesses can completely offer pre-pandemic services.

“That could again impact next year's tourism season, because if people are not ready to travel, if they're not comfortable, if social distancing orders are still in place, restaurants can only have 50% of their tables filled. Then you're going to see continued hardship in these in these industries for a considerable amount of time,” said Major.

Not all women who have left the workforce were forced out. A study conducted by management consulting firm McKinsey and Company found mothers are three times as likely than fathers to do housework and childcare. This has led to about 2 million women to say they are considering leaving the workforce to focus on their children, many of whom are still learning remotely.

"If you're in that job where it's already very expensive to have to try and work because the transportation costs, because of childcare costs and that sort of thing but when people decide to leave it's because it's actually more expensive for them to go to work than it is for them to stay home,” said Isoke.

The impact has been disproportionally felt by Latina and Black mothers, who reported they are more likely than white mothers to be their family’s only income or have a partner who works outside of the home.

The Chicano Federation and U.C. San Diego found Latinas were less likely to participate in contact tracing because they felt it even if they did contract the virus, they would still have to shoulder the responsibilities at home.

“It is not equitable in the way that the jobs that we have,” said Nancy Maldonado, CEO of the Chicano Federation. “We need to look at that in this recovery because we can't afford to have that percentage of Black and brown women left out of the workforce and falling further behind their colleagues in terms of advancing in their careers.”

The McKinsey found people of color were already disproportionately represented in the corporate pipeline to executive positions. Women of color make up less than 10% of senior managers or directors. The percentage shrinks to just 3% of c-suite executives.

The pandemic has put new pressure on potential future leaders in the pipeline and could irreparably harm careers. McKinsey researchers called on employers to make changes to help women adapt and find a better work-life balance, so they don’t lose talented people.

In the near-term, others were holding out hope of a second federal stimulus or economy recovery bill to help families who are struggling today. Congress passed the CARES Act in March but has been unable to negotiate a deal.

SANDAG researchers have already seen this happening locally. Savings rates have declined and there is pressure on payments for rent and housing.

The agency is also looking to the future as jobs trickle back. It believes many of those who left the workforce will eventually return once schools return to normal, but their old industry may still be recovering and not have a job for them. Instead, some may need to get training for a new industry.

“Unemployment benefits are great for the short term, but what do you do with families who have a career in certain industries that may not come back into the region here in San Diego for the long haul?” said Major. “Trying to find a job in the career that you know how to do is almost impossible and that's going to make people leave the workforce. You can't just go into biotech if you are working in construction, for instance, you can't just switch between industries. All of these industries require skills.”