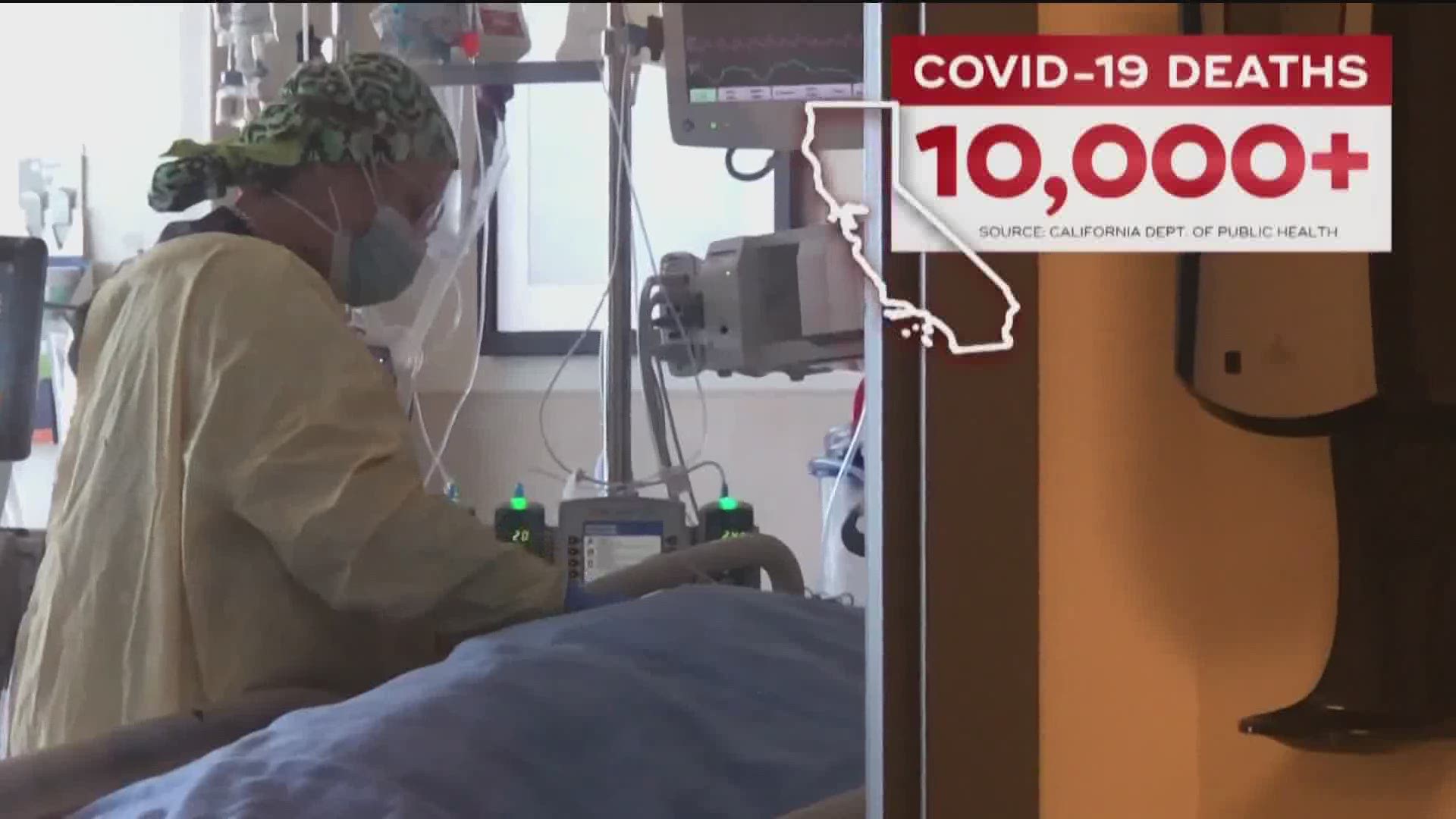 SACRAMENTO COUNTY, Calif. — California has surpassed 10,000 deaths from the coronavirus, making it the U.S. state with the third-highest deaths since the start of the pandemic.

The figure was reported Friday by Johns Hopkins University, with 10,024 dead since the outbreak began in California in February.

The California COVID tracking website reported 10,011 deaths on Friday afternoon, although the site has a note that the data may be underreporting "due to issues with the state's electronic laboratory system".

New York has the highest number of deaths at more than 32,000, followed by New Jersey with nearly 16,000. California is the nation’s most populous state with 40 million people.

Student non-profit California Public Interest Research Group (CALPRIG) is calling for a complete shutdown with only essential businesses allowed to operate in the state.

The first known COVID-related death in the U.S. occurred in early February in the San Francisco Bay Area county of Santa Clara. Nearly half of California’s deaths are in hard-hit Los Angeles County, where more than 4,800 of its 10 million residents have died.

"Unfortunately we have already lost 10,000 Californians to this virus but it is my hope that we can take collective action to stop the spread and save more lives down the road," said Rusch.

Gov. Gavin Newsom was the first in the nation to issue a stay-home order in mid-March, but the virus began to surge after the Memorial Day holiday as the state relaxed some measures.

The current infection rates are unclear because California’s system is beset by technology problems, delaying the reporting of test results.