Coronavirus tracing apps prevalent outside the US, fail to gain foothold stateside

Most countries outside the U.S. have made greater progress in rolling out coronavirus tracing apps and convincing citizens to use them. 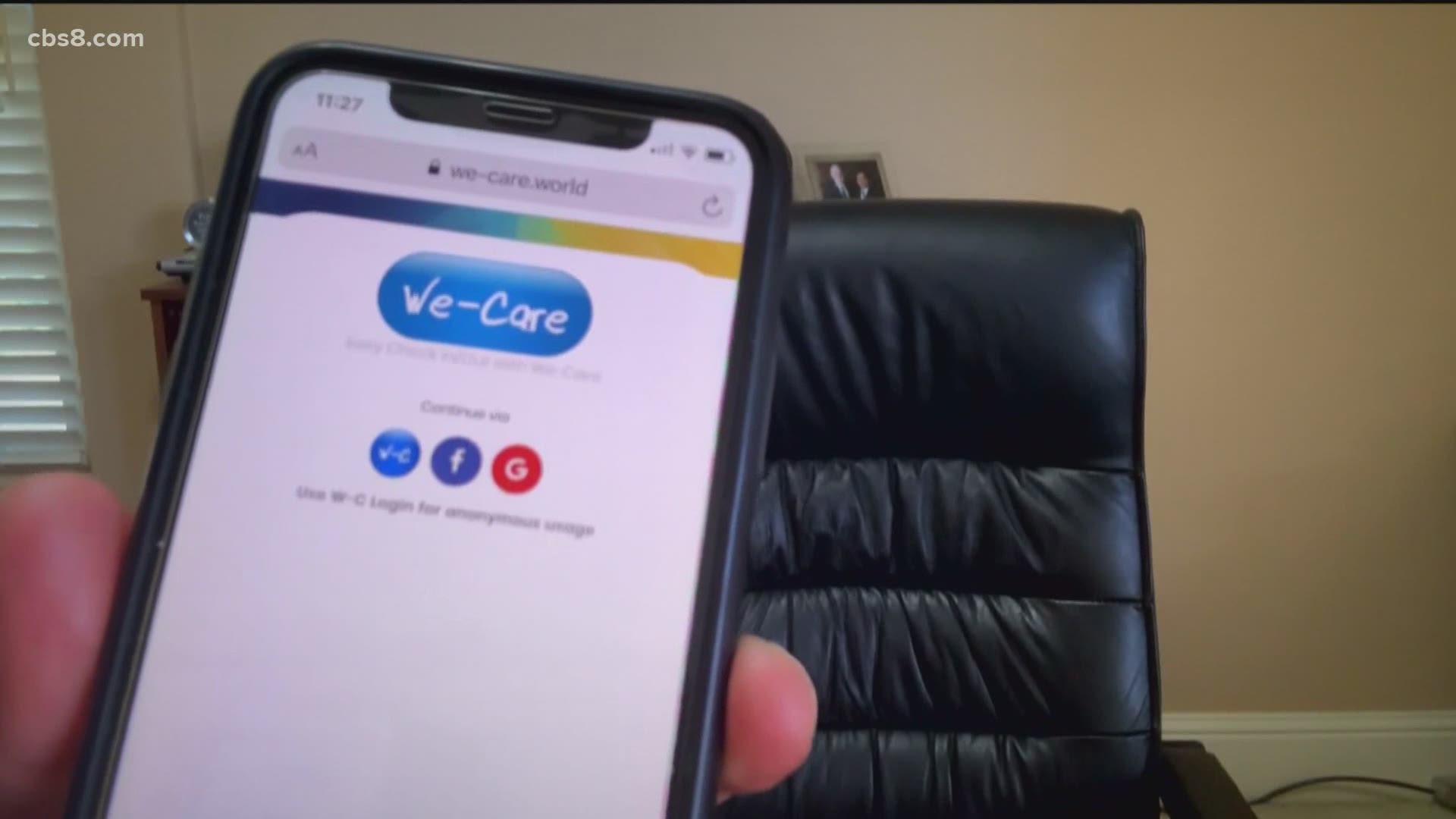 SAN DIEGO COUNTY, Calif. — While the number of human contact tracers continues to ramp up throughout California and across the country, coronavirus tracing apps, used to track a smartphone user's steps to determine if they've been exposed to the virus, have failed to gain a foothold in the United States.

In fact, most other countries around the globe have made far greater progress when it comes to rolling out this tracing technology and convincing their citizens to adopt it.

Even when it comes to smartphone technology that could warn a user they may have been exposed to the coronavirus, an overwhelming number of Americans are decidedly not on board.

"I am not into the tracing thing at all," said tourist Marcie Lee. "Who needs to know where I'm at? Nobody! You know what I mean?  And I have nothing to hide: I'm your average American citizen. But it's just creepy!"

"I am all for being safe, but I don't like the idea of infringing on my privacy," a visitor from Arizona said.

But citizens of many other countries around the world are not quite as resistant to the idea of these contact tracing apps, which use either GPS or Bluetooth technology to keep a digital record of where a user has been.

If a user tests positive for COVID-19, an alert would go out to all other users who had been in close proximity for several minutes, signaling the need to potentially quarantine and get tested themselves.

"It's like not putting on sunscreen to go out in the blazing sun," Australian Prime Minister Scott Morrison recently said.

In the "land down under," for example, which has made headlines for crushing the COVID curve early, more than five million Australians have downloaded their country's app, known as "COVIDSafe."

From France to Japan to Germany to Britain to Singapore to Italy to India, coronavirus tracing apps -  rolled out by their own governments -  have proven to be relatively popular among smartphone users.

The government-backed COVID tracing app used in Iceland, which so far has had only 10 deaths due to coronavirus, has the highest penetration of any contact tracing app in the world, at nearly 40%. However, health officials there said that still hasn't been a game-changer.

In fact, researchers at Oxford University said 60% of a country's population would have to download a tracing app for it to be truly effective. A new survey, though, finds that only 29% of Americans say they would download and use such an app.

Even for those Americans willing to use a contact tracing app, currently, there is no nationwide program in place.

Here in California, plans for a statewide program have still not materialized, although some San Diego County leaders said they are interested in one.

Some states have been eyeing new tracking technology rolled out by Google and Apple, which is based on Bluetooth instead of GPS. While it promises anonymity, most potential users are still skeptical.

"I don't like the idea of people tracing me: period!" said tourist Marcie Lee.

Researchers at UC Davis, though, have come up with a possible solution: a free app called "We Care."

"It is a community-driven approach: it helps the community," said Dr. Prasant Mohapatra, who is the school's vice-chancellor for research and a computer science professor.

He explained that, instead of using Bluetooth or GPS, the "We Care" app relies on the user to voluntarily submit their location data.

"It is very human-centric," Dr. Mohapatra added. "It is more or less, you check-in and you check out. We don't use any information from the user unless the user explicitly provides it."

If someone later tests positive for COVID-19, an alert is sent to all other users who had checked in at the same spot at the same time, warning them they may have been exposed.

"Privacy concerns are the main goal of the app," Dr. Mohapatra said.

He said the program is completely anonymous, is not based on any type of signaling technology, and is not shared with any government agencies. Instead, it relies on the "honor system" and users have to "put in the work" to reap the benefits.

"The cost of preserving privacy is this additional work that the user has to do," Mohapatra said.

This work, of course, could help to curb the spread of coronavirus, and potentially save lives.

We-Care
We help you Stay Safe, Alert and Healthy