Drug to help local COVID-19 patients not being used

Monoclonal antibodies made by Regeneron Pharmaceuticals and Eli Lily have been so effective, they were granted emergency use authorization in November. 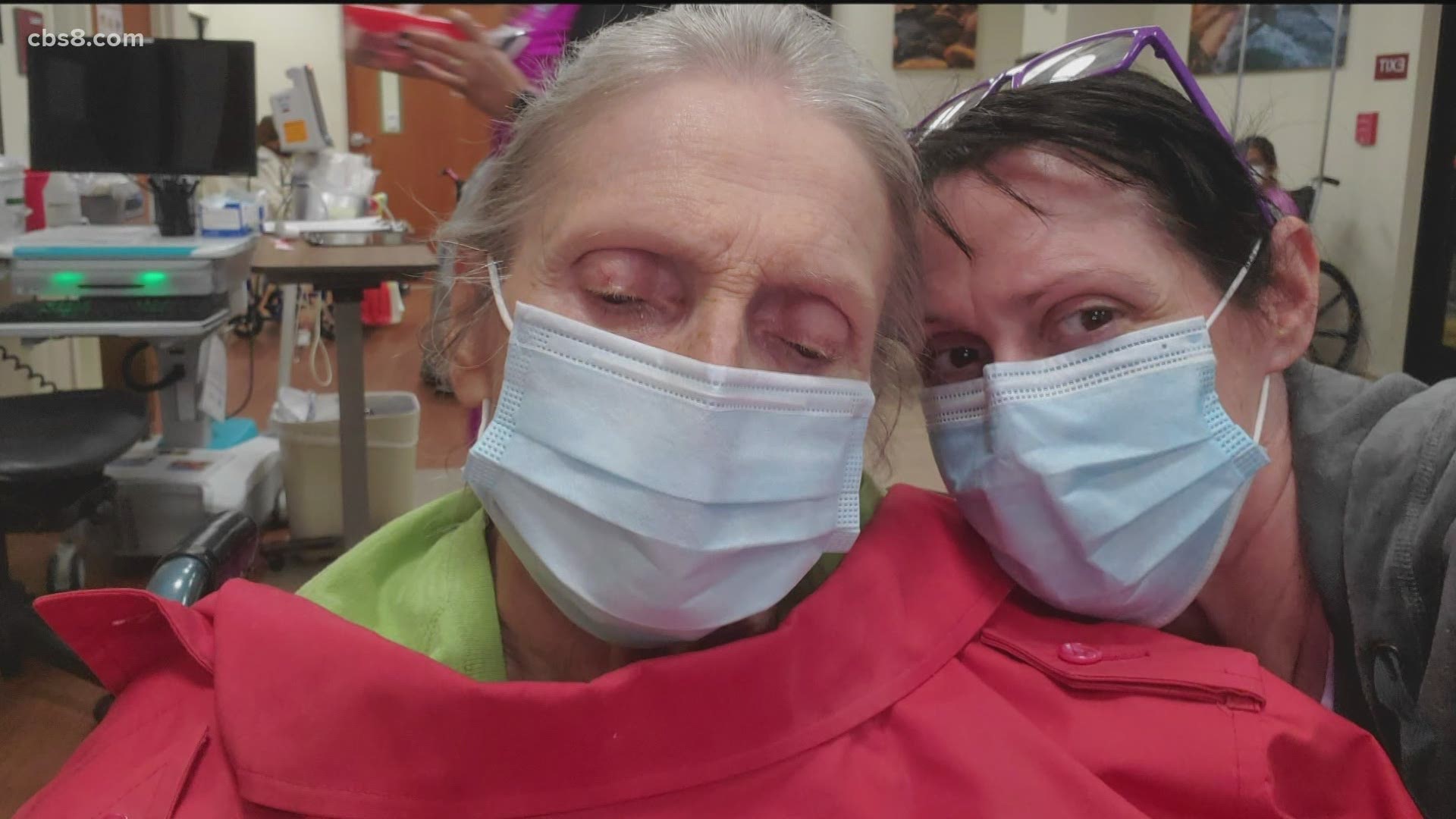 SAN DIEGO — COVID-19 cases are surging in San Diego and our hospitals are packed. So why is medication that could greatly help many people with COVID-19 sitting on pharmacy shelves across our county not being used?

When President Trump tested positive for COVID-19, his doctors immediately prescribed him a monoclonal antibody from Regeneron Pharmaceuticals. The President’s lawyer, Rudy Giuliani also got the drug, along with his friend, former New Jersey Governor Chris Christie.

Monoclonal antibodies made by Regeneron Pharmaceuticals and Eli Lily have been so effective, they were granted emergency use authorization in November, but actually getting a dose here in San Diego can be ridiculously frustrating.

Adrienne Pierre discovered that the hard way after spending hours on the phone just trying to find the medicine here in our county. “Oh, easy, easy at least 50 calls and that's not counting the disconnects and how many times I was transferred.”

Adrienne's 86-year-old mom, Rosemary started feeling sick Christmas Eve. Four days later, her COVID-19 test came back positive, so Adrienne immediately started making calls to get her mom monoclonal antibodies. “No one knew anything and you're in what I call automated attendant hell.”

Adrienne finally decided to call Eli Lily directly and found out that Sharp had the drug in San Diego, but when her mom's doctor's nurse called, things didn't go well. “She just got a no, we don't have it. No, I don't know what you're talking about,” Adrienne said.

Adrienne then called Sharp herself and eventually found they did have the drug, but wouldn't give it to her mom because she's not a Sharp patient. Luckily, the drug was also at Alvarado Hospital and they agreed to take Rosemary right away.

The infusion takes an hour, plus another hour of observation after that. Adrienne thinks many hospitals are so swamped with extremely sick Coronavirus patients that they don't have the staff or space to deal with such a timely procedure. As a result, they don't offer it.  And here's the catch, the drug has to be given within 10 days of the first symptoms or it won't work. “Of all the new cases, I wonder how many of those people could have been prevented as hospitalizations if they had only known this was a choice they could make,” Adrienne said.

This isn't just a San Diego problem. Across the country, only about 20% of the available monoclonal antibody doses are being given. Luckily, Rosemary got it and it seems to be working. Just a week later, she has no fever and her vital signs are good.

Adrienne detailed her experience on Facebook, hoping it will help others avoid the frustration she faced. She included a step-by-step guide that should cut hours off your search for a dose in our county. You can find that post here. 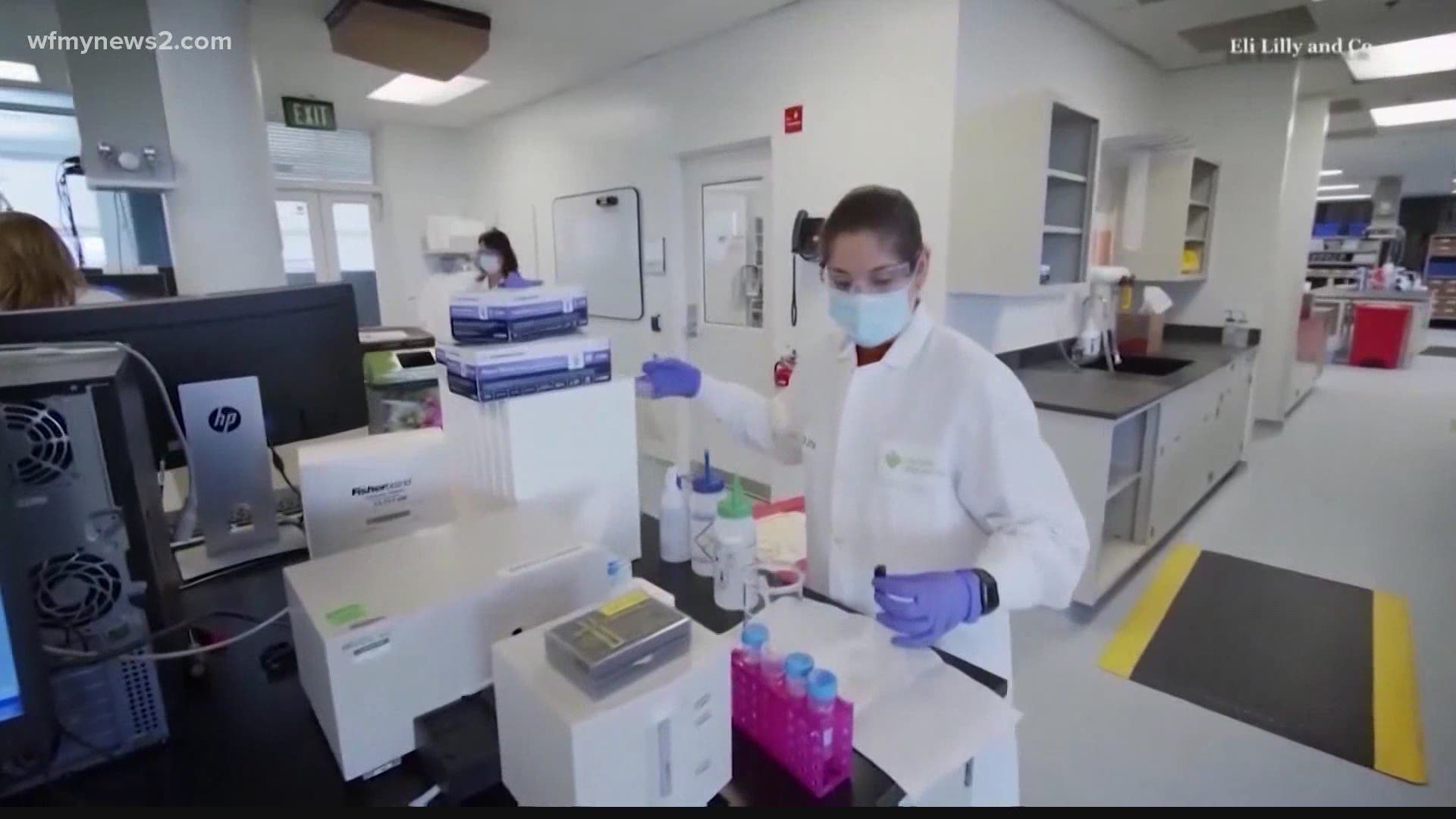 RELATED: VERIFY: How soon can you get a COVID-19 vaccine after having COVID-19 or getting a monoclonal antibody treatment?

RELATED: Experimental COVID-19 treatment given to Trump gets FDA authorization