Models used to predict how coronavirus will spread in San Diego County, statewide

Six projection models are averaged to look between two and four weeks out including one developed by the University of California – Los Angeles. 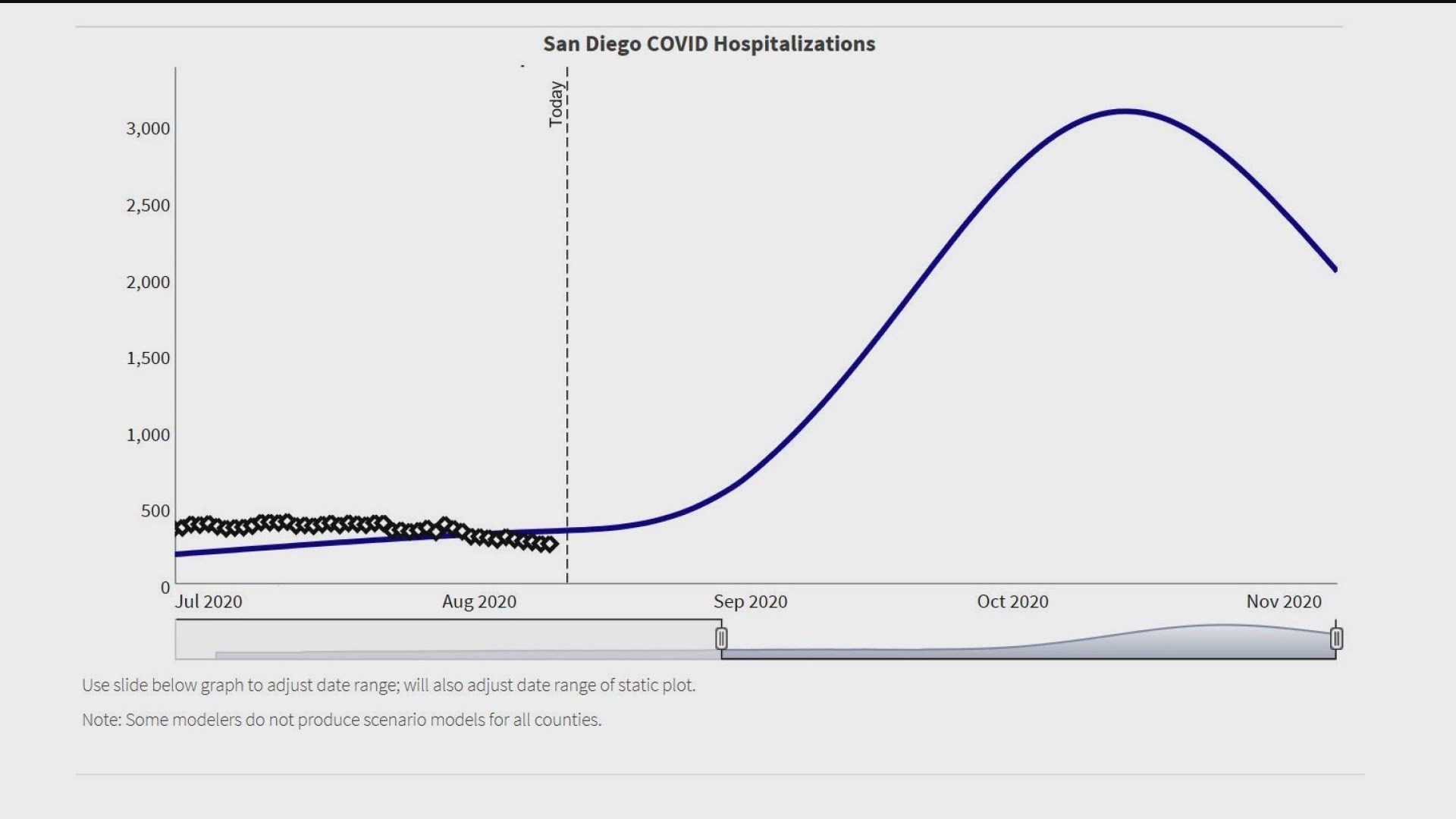 SAN DIEGO COUNTY, Calif. — California is using several forecast models to predict how coronavirus will spread on a state and county level.

Six projection models are averaged to look between two and four weeks out including one developed by the University of California – Los Angeles.

“Provided that we keep implementing the public health measures as we are doing in the past few weeks, then I’m cautiously optimistic that the number of confirmed cases and deaths will decrease steadily in the next few months,” said Gu.

The state uses forecasts that look about four weeks ahead, which is equal to two 14-day incubation periods of coronavirus.

It also reviews potential long-range scenarios for the months ahead. One was built by COVID Act Now, which examines two potential scenarios. It predicts if the state further loosens restrictions, including the reopening of schools and permitting gatherings with up to 50 people, then cases will severely spike in mid to late-October.

Another scenario shows a further tightening of restrictions, including a stricter shelter-in-place order, closing of schools and non-essential businesses, could result in almost zero hospitalizations in the same timeframe.

However, long-range models can be significantly altered by behavior.

“That kind of projection, in my opinion, is not very reliable and it doesn't make much sense to look at those projections because there are many other factors where you won't be able to take it into account,” said Gu.