San Diego Sheriff’s deputies monitored the crowd on Sunday but did not issue citations, according to officials. It was the same with protesters Saturday. 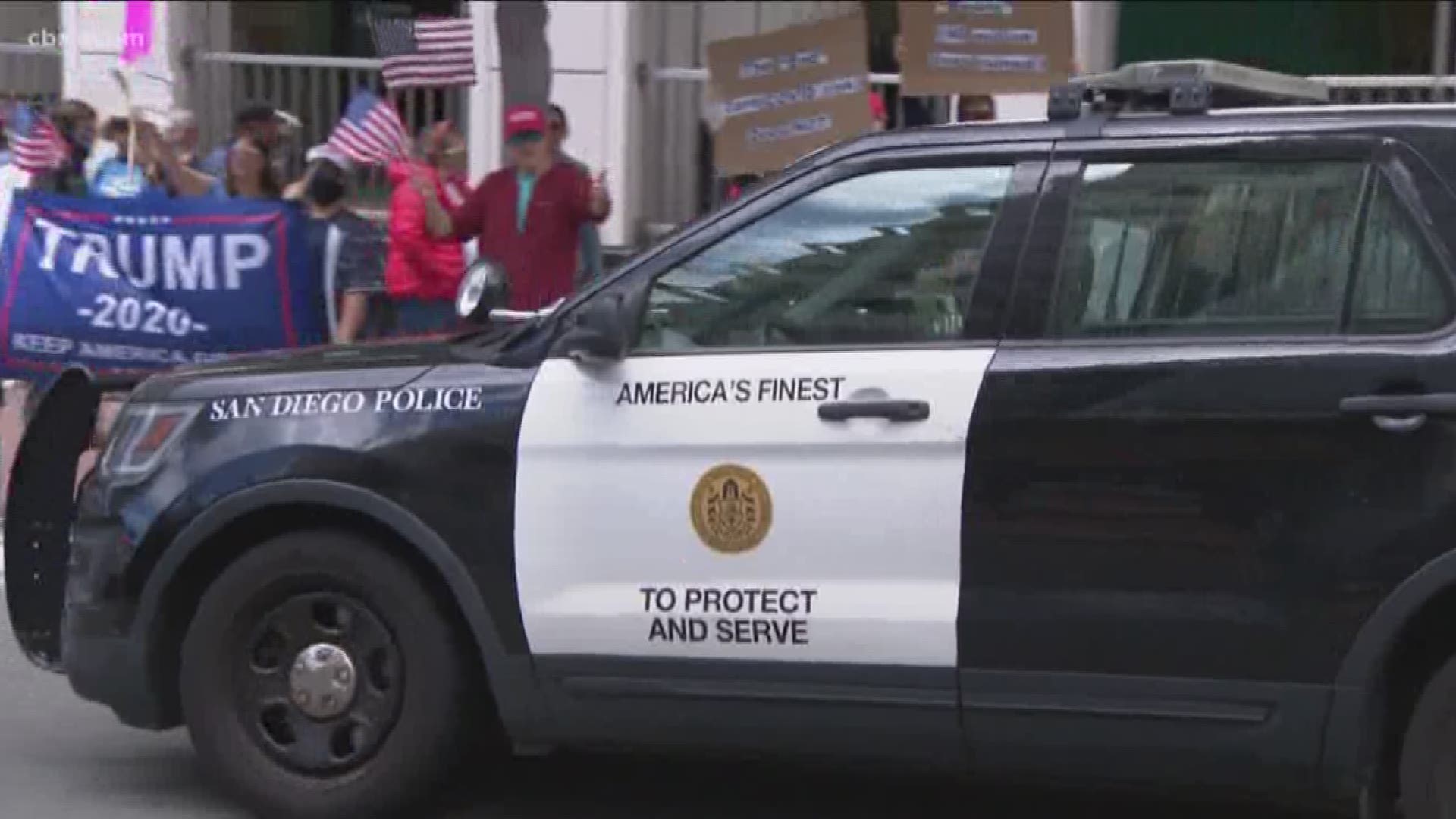 Sunday marked the second day of protests in San Diego County and police did not issue any citations for those violating the stay-at-home order in place. News 8 received several emails from viewers asking why.

San Diego Sheriff’s deputies monitored the crowd in Encinitas Sunday but did not issue citations, according to officials. It was the same with protesters who took to the streets in Downtown San Diego on Saturday.

Police say it was a conscious decision.

“If we start shutting these things down and we start using the reason of social distancing, which we could, right?  Because they were less than six feet away. I think we start getting into a dangerous area of authoritative rule. And that's not what our country was founded on," said San Diego Police Department Lt. Shawn Takeuchi.

Law enforcement across the county has arrested dozens of people on misdemeanor charges for ignoring the stay at home order. San Diego police said there's a distinction between the protesters and those who were ticketed - the latter police said were all in closed beaches or parks.

“I think there's a difference in behavior there. If you're going into a park, your voice is not being heard. You're just trying to use an area that's completely closed off versus yesterday people wanted their voice heard. And that's what we recognized,” Takeuchi said.

Police acknowledged there is a delicate balancing act between the rights of people and the order to stay at home, which could end up in more future protests.

"Is that a concern of ours? Absolutely. But I think that's what we're going to look to our leadership, both local, state and federal leadership, to make those difficult decisions,” said Takeuchi. “It would be reasonable to believe that a lot more people are going to be frustrated with this current situation. And then, you know, it's got to be addressed.”

News 8 reached out to the San Diego County Sheriff's Department to discuss how they decided to police Sunday's rally. They said they would provide a statement which News 8 had not received as of Sunday evening.

Gov. Gavin Newsom acknowledged the protests across the state and encouraged those exercising their rights to practice social distancing.

“This virus knows no political ideology. It doesn't know if you're a Republican or Democrat. Practice physical distancing. Make sure you're not infecting others even if you're asymptomatic you can spread this,” said Newsom. “We're going to do the right thing, not judged by politics not judged by protests, but by science, by health, the facts on the ground. That will be our guiding principle.”