Officers are still busy enforcing the city’s order to close parks and beaches. They are also patrolling areas where businesses temporarily closed. 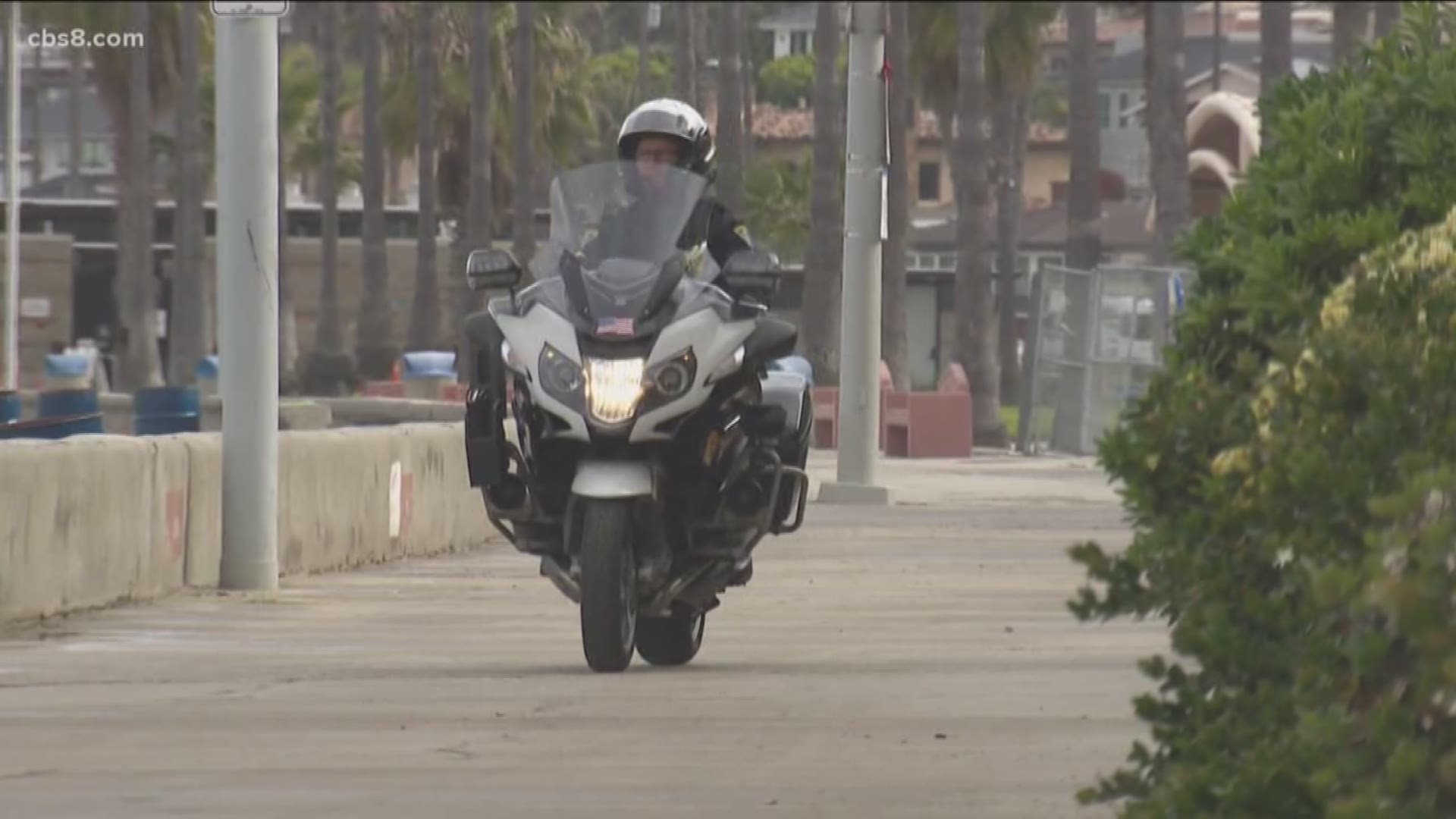 Lt. Shawn Takeuchi with the San Diego Police Department estimated dispatchers received an 11% decrease in calls compared to the five days before the order took effect.

“It’s very encouraging for us,” he said. “It shows us that San Diegans are heeding the warning that the governor has put out, and the mandate, and that people are staying at home.”

It was too early to determine whether officers are responding to different calls because the order has forced residents to change their behavior. Some residents predicted on social media that the city might see a drop in residential burglaries because more people are home during the day.

“There’s nothing that our dispatchers could tell me that they’ve seen an increase in. It’s just been a short time, so it’s really hard to say. Even if there was a rise it would be difficult to say that it’s attributed to the stay-at-home order,” said Takeuchi.

Officers are still staying busy enforcing the city’s order to close parks and beaches to prohibit large crowds from gathering. They are also patrolling areas where businesses temporarily closed.

“Visibility is one aspect of enforcement. We want people to know that we’re out there. Our officers are making the effort to make sure they know were out there,” Takeuchi said.

The department has not made any changes to increase patrols, such as shifting detectives or officers in specialized units onto uniformed beats.

Police continue to ask the public to respect the order and avoid congregating outdoors, such as the large crowds that gathered at city beaches over the weekend.

“All we're asking people to do is please, please stay at home, so this doesn’t spread,” Takeuchi reiterated. “If it does, it creates more panic, it creates more unknowns and it’s going to become a difficult situation. We’re avoiding that as much as we can.”