The settlement allows all high school sports to resume in California. All players and sports will follow protocols put in place for college and professional sports. 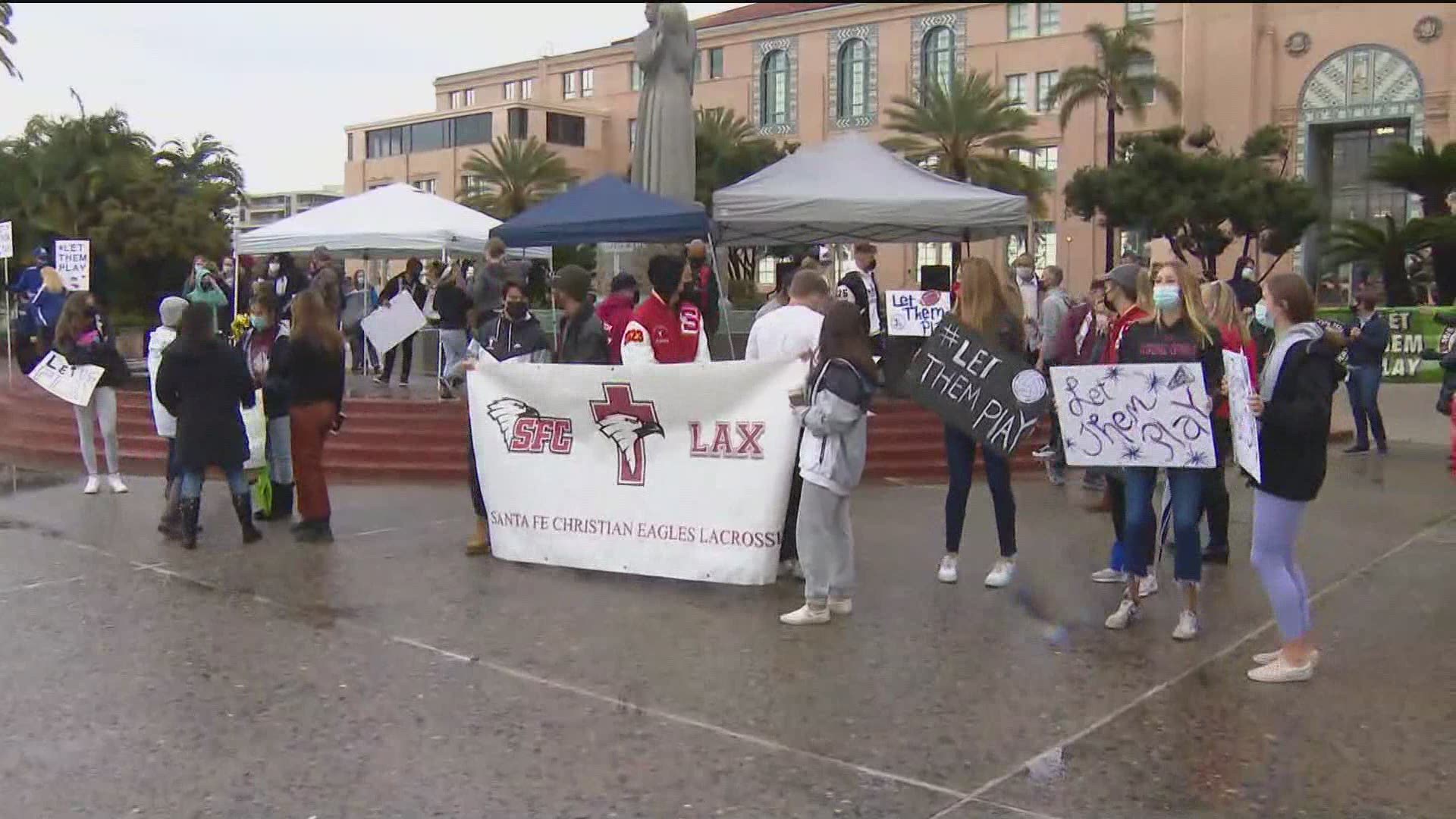 SAN DIEGO COUNTY, Calif. — Organizers of the ‘Let Them Play’ announced a settlement has been reached in the lawsuit against the County of San Diego, The State Department of Health and Governor Gavin Newsom. The lawsuit was spearheaded by Scripps Ranch High School football coach Marlon Gardinera on behalf of his son.

The settlement allows all high school sports to resume in California. All players and sports will follow protocols put in place for college and professional sports.

The settlement also includes assistance for school districts regarding testing.

Coach Marlon Gardinera announced that there will be no out-of-pocket costs. Originally Governor Newsom said all sports testing would be provided, He since walked that statement back and said the state is only providing tests for football, water polo and rugby. However, the group has found a partnership to get all the testing that is needed. For more information on testing for high school sports, click here.

Some spectators will be allowed in the stands to watch contests. As of now, each player will be able to have four immediate family members in attendance.

A few weeks ago a judge sided with the suit, allowing youth sports to reopen in the county as long as teams follow the same safety protocols that college and professional sports teams are required to follow.

Gardinera told News 8 the settlement will have a statewide impact, and it includes a solution for testing high school student-athletes.

The announcement of the settlement will be made at 10 a.m. where organizers of ‘Let Them Play’ along with the lawyer involved in the suit will be in attendance.

The student's lawsuit originally stated, “there is no medical evidence that competing in team sports is safe for college and/or professional athletes but not high school athletes.”

“Governor Newsom has favored professional sports and colleges and allowed them to play sports, but he has denied the same right to youths who are being irreparably harmed through his unequal application of the law,” said Brad Hensley, founder of Let Them Play CA, a group of 60,000+ student-athletes, parents and coaches in California fighting the ban on youth sports.

“We are hopeful that the court will determine that Gov. Newsom’s ban on youth sports is unconstitutional,” Hensley added. “We hope the lawsuit demonstrates to the court the State’s ban is arbitrary, irrational, and bears no relation to reducing the spread of, or remediating the risks posed by, COVID-19.”