San Diego’s push to get more vaccinated met with delays

Despite federal officials promising to release more vaccines, local health systems are having trouble getting enough doses and trained workers to meet the demand. 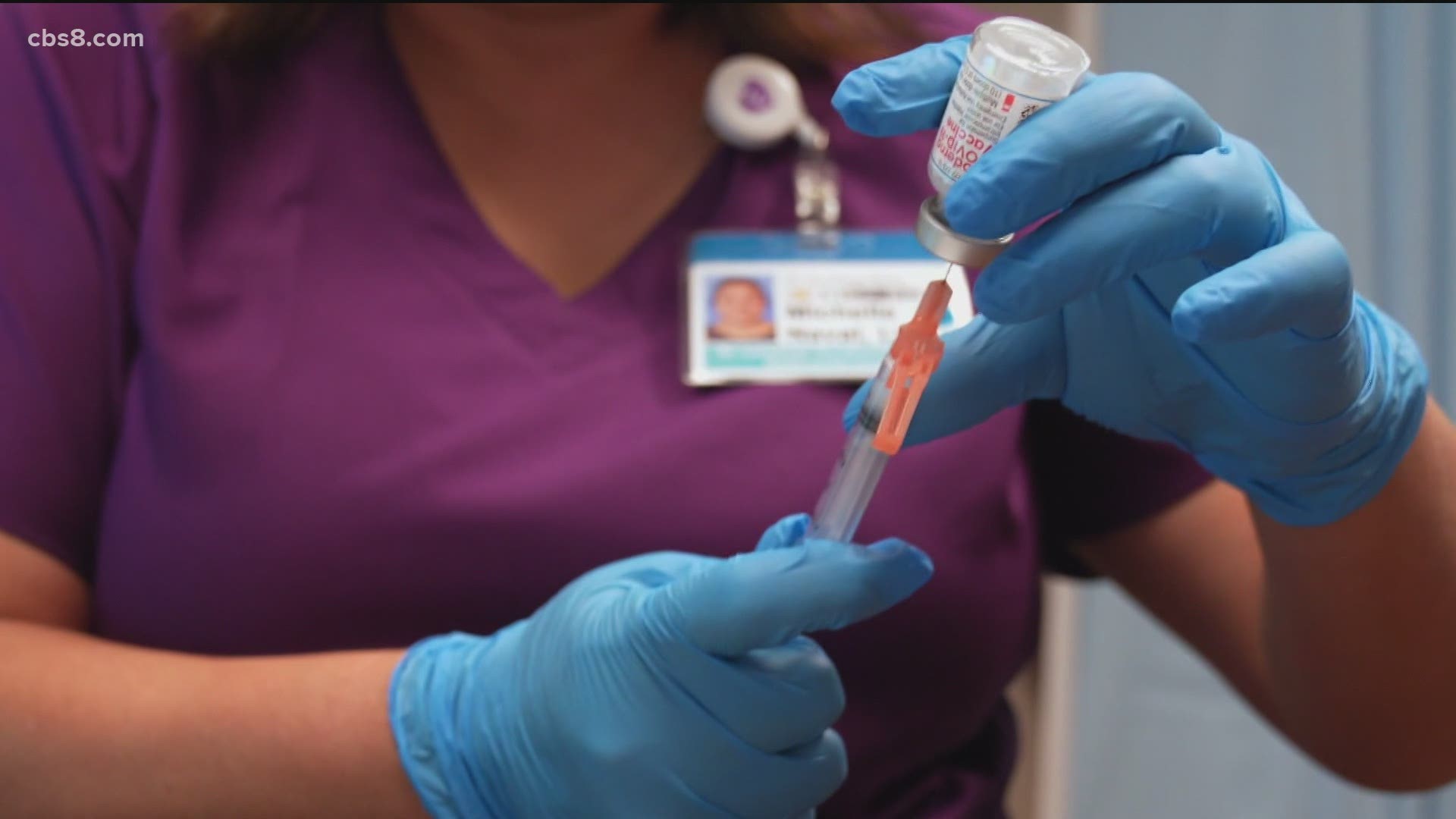 SAN DIEGO — The Petco Park Super Station had a super long line Saturday with rows of cars stretched throughout the tailgate lots waiting for vaccinations. The appointment-only crowd being vaccinated were part Phase 1A, which includes healthcare workers with identification.

Late this week, UC San Diego Health became the first health system in the county to expand into the first tier of Phase 1B of the vaccine.

Dalia Talamantez was elated to get the vaccine saying it outweighs any possible side effects.

"I feel so blessed to get it this soon,” said Talamantez, who had friends and family members who died from coronavirus.

The rollout comes after this week's announcement by Governor Gavin Newsom that all seniors 65 and up are eligible to receive the vaccine in California, but the rollout wasn't successful.

San Diego County Supervisors Chair Nathan Fletcher said "it's great that the state says let's give it to those 65 and older, but that actually means the county needs workers to give to those folks, and the reality is we can’t predict that because we cannot predict when the vaccines will arrive."

County leaders stress there were already challenges statewide and nationwide distributing enough doses as is, which frustrated some governors, who were furious the federal government claimed stockpiled second doses would reach more states soon.

"They were lying. They don't have any doses held back. There is no strategic supply for the second doses,” Minnesota Governor Tim Walz this week.

Nationwide, 31 million doses were delivered and 12 million shots given, but only 1.6 million people received their second doses according to the CDC. The limitations sent vaccine demand soaring causing long lines.

After San Diego County opened the Petco Park Super Station this week, there was a snag Wednesday, when six people had allergic reactions to the vaccine, which caused more delays.

Then at the new vaccination site in Imperial Beach, it plans to offer 500 doses a day to Phase 1A health care workers, and nursing home staff and residents.

"We want to make sure that people have the services that they deserve, and we want to make it easy and accessible for them,” said Supervisor Nora Vargasnumber.

The San Diego County website lists 8 Covid-19 vaccination sites with instructions for who is eligible to book an appointment.

Donald Crawford said he received a text message from UC San Diego Health directly inviting him to sign up for an appointment.

"I opened it up, and there it said, you can get the vaccine, and here are the dates available, and pick one, and I picked as soon as possible,” Crawford said.

Late Friday Gov. Newsom said Dodgers Stadium is one of the largest vaccination "supersites" in the country, capable of administering 12,000 shots a day.