With COVID cases on the rise, including the Delta variant, San Diego leaders urging people to get vaccinated

Daily case numbers have more than doubled since last week. 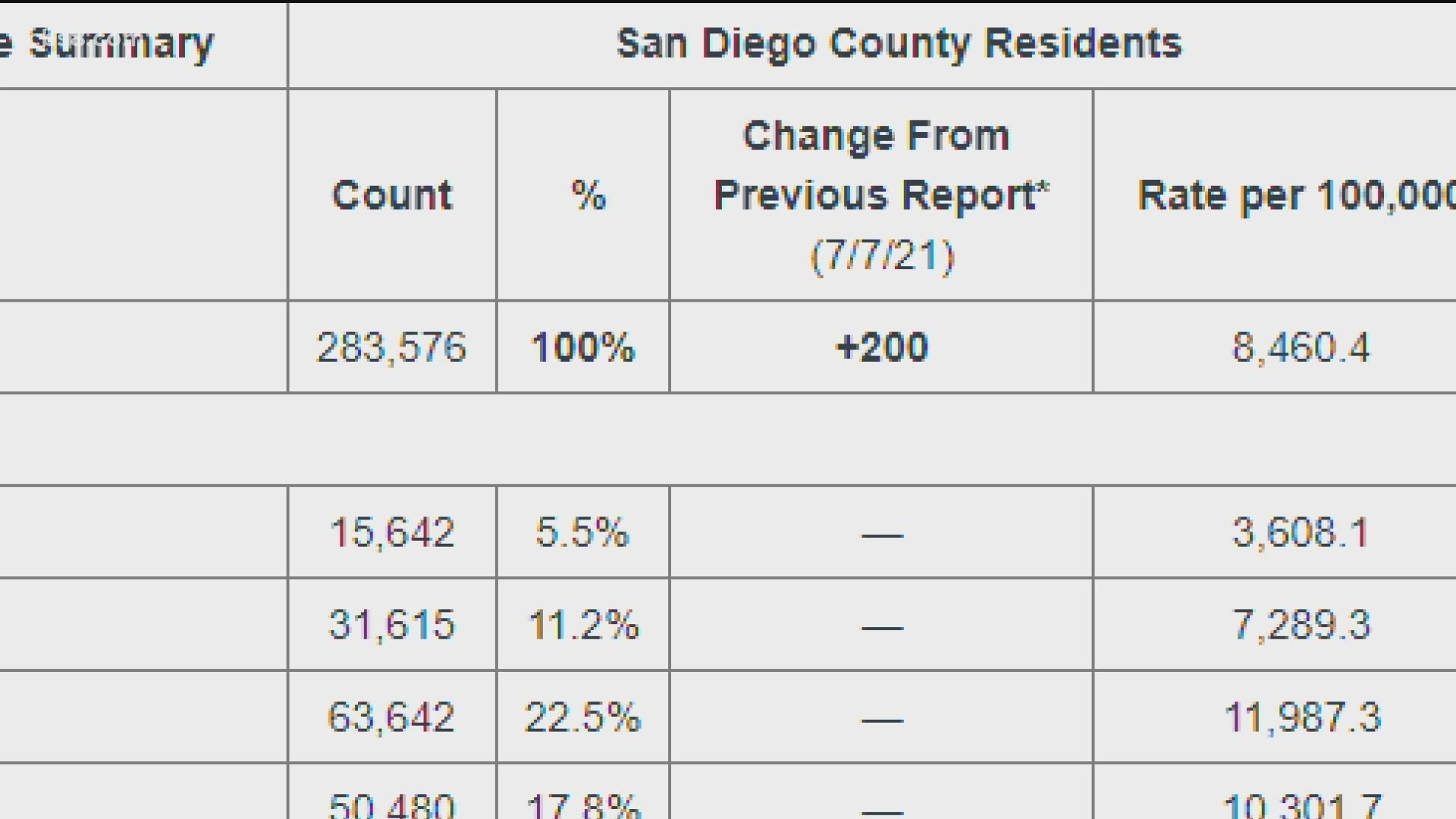 SAN DIEGO — As the Delta variant continues to spread worldwide, San Diego County leaders are preparing for it to be the dominant strain here by August.

They made that announcement Friday during a news conference, where they revealed there have been 54 local cases.

They also announced there’s been a rise in cases overall, which is why they’re urging more people to get vaccinated.

On June 29, the county reported 84 new cases compared to the day before.

"95 percent of those COVID cases are in the unvaccinated," said Board President Nathan Fletcher.

Currently, about 68% of San Diegans are fully vaccinated.

Nearly 80% have received their first dose.

The concern isn't just for those who haven't been vaccinated at all, but also for people who have yet to return for their second shot.

"Really you wanna get it on time but even if it's been a month, two months, four months, you don't have to restart, you just have to get that second shot. It's important because specifically with the Delta variant, one shot is not enough," said the County’s Chief Medical Officer, Dr. Eric McDonald.

There have been 54 confirmed cases of the Delta variant in San Diego, though it's believed that number is likely higher since not all samples can be tested.

"Because of different entities doing testing and not being able to get all those samples in. Another factor is you have to have enough virus to sequence in the first place," said Dr. McDonald.

At this point, there are no plans to go back to requiring masks, like what we're seeing in nearby Los Angeles.

Instead, the guidance being put out by the county is simply to get the vaccine.

“Our primary message today is the need to get vaccinated,” said Fletcher.

“I had the virus myself and it is not fun to get. The devastation this virus causes is preventable. I beg you, get the vaccine,” said Sharp Doctor, Hans Crumpler.

While vaccine sites have shut down, county leaders maintain the vaccine is still free and widely available.