The life-saving procedure was approved two weeks ago and has already been used on former Chargers offensive lineman, Ed White. 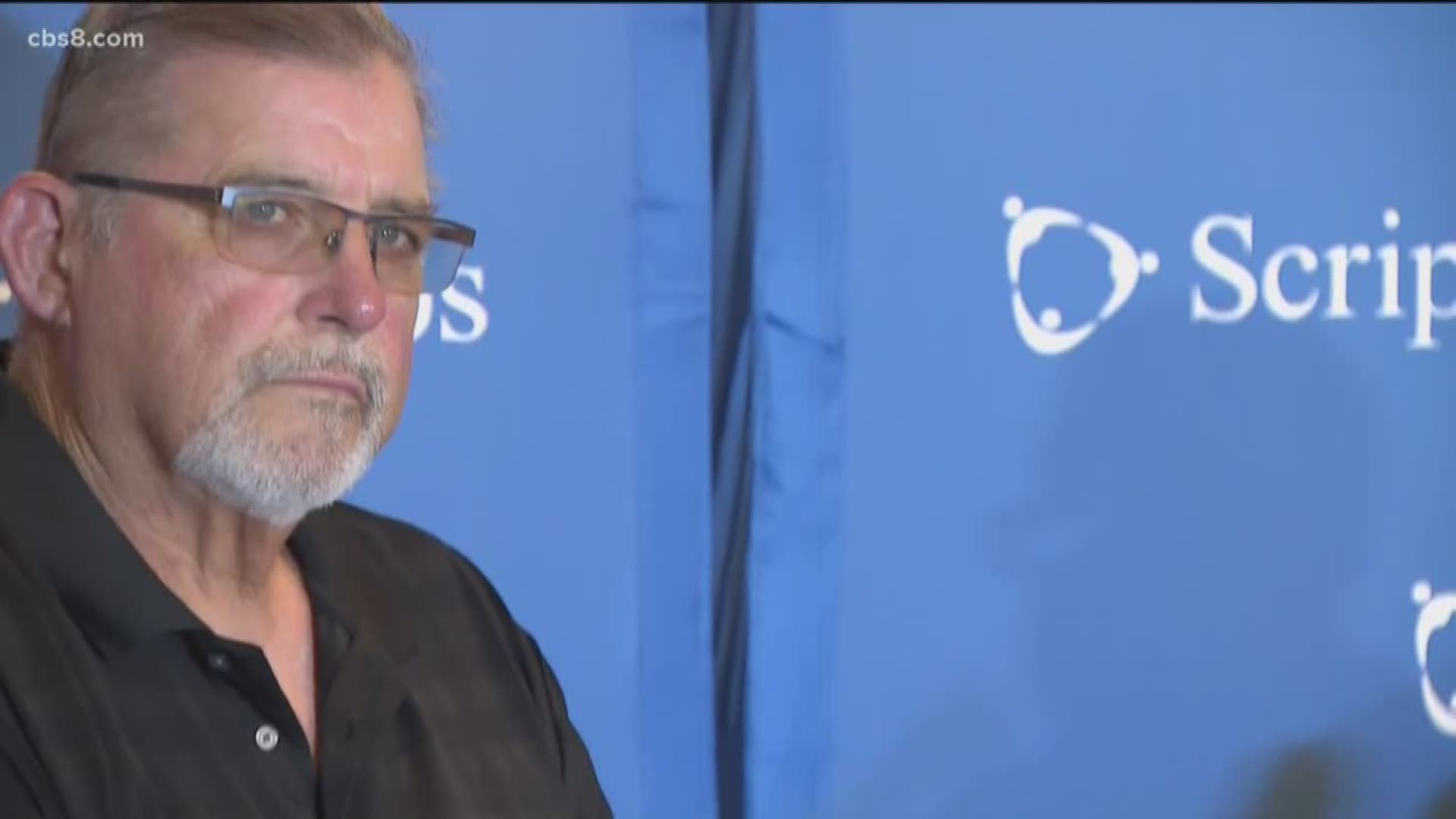 SAN DIEGO — Open heart surgery is usually a four-hour procedure and takes weeks to recover from, but a new procedure approved by the FDA is cutting the time down to an hour – making recovery instant.

The life-saving procedure was approved two weeks ago and has already been used on former Chargers offensive lineman, Ed White. He received a new heart valve.

Just weeks ago, while on a cruise for his wife’s 70th birthday, White had shortness of breath.

“My heart failed to process the salt I was indulging in and ended up in a little hospital in Mexico for a couple days,” he said.

Doctors diagnosed White with aortic stenosis, which blocked blood flow to his body. According to White, it is hereditary.

“My dad had it and actually died of it because he did not have it replaced. He was stubborn and my brother has a leaky valve as well,” said White.

White’s only option was heart surgery.

“We can now do an aortic valve replacement in a very minimally invasive way through a small needle stuck in the artery in the leg,” said Dr. Teirstein.

Surgery allows doctors to bring the new valve all the way up to replace the old valve without having to open the chest. The short procedure takes about an hour and 95% of patients go home the next day.

“They tend to feel like they are 10 years younger. A lot more energy. We have done this on three patients over the age of 100,” said Dr. Teirstein.

“I think you take care of yourself, you add more miles to your life,” he said.

Medicare now covers the valve replacement procedure. It is a surgery the 72-year-old former NFL four-time pro-bowler is grateful for whole heartedly.

White said he is looking forward to sailing and painting at his home in Julian.

Doctors at Scripps said they expect the heart valve to last 10 to 15 years, and afterwards, they can add a second valve inside the first one.