Scripps Health hack forcing appointments to be canceled and more

Many patients tell News 8 that their appointments have not been rescheduled and they still have not received much information about what's going on. 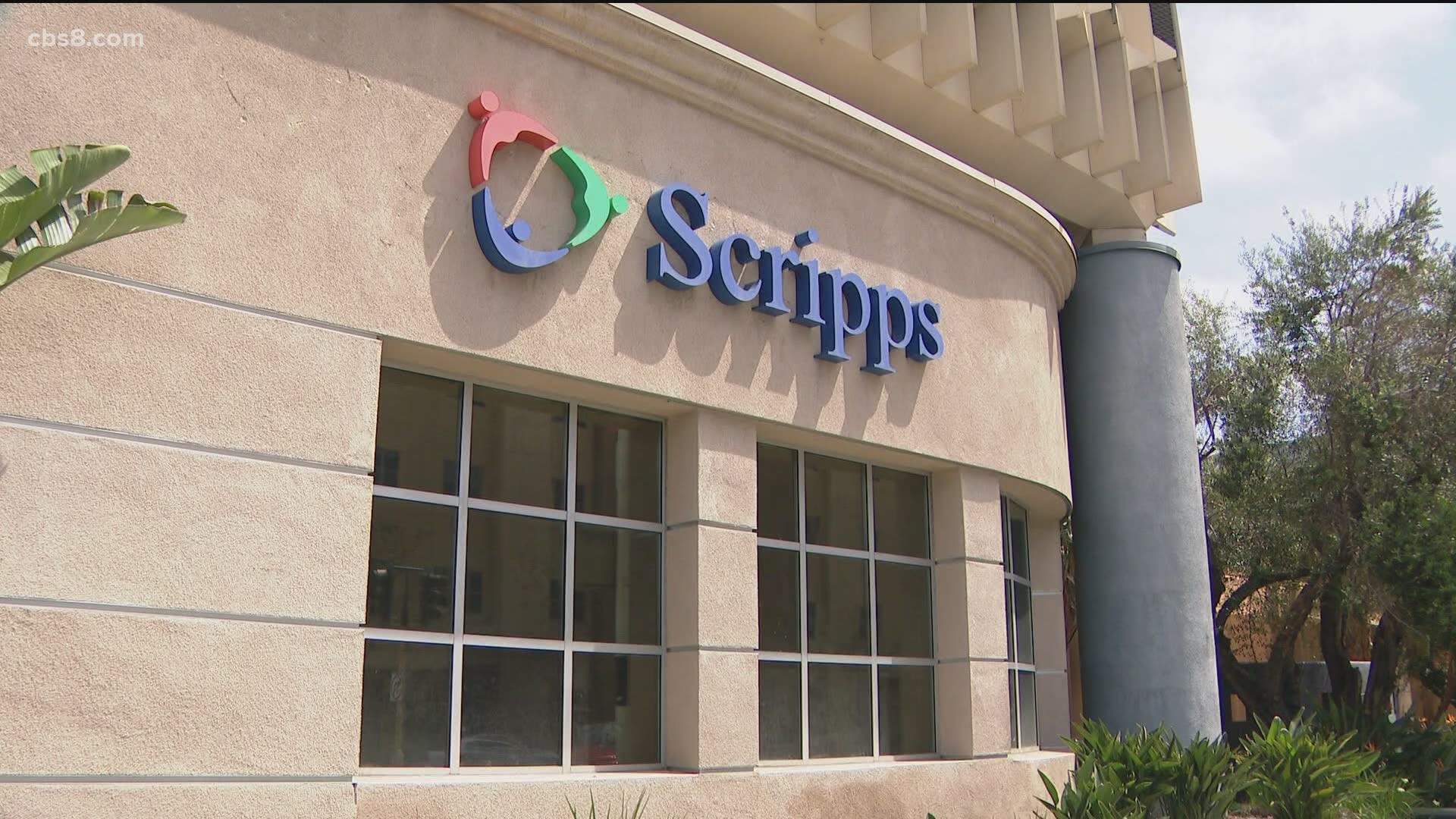 SAN DIEGO COUNTY, Calif. — Since a recent cyberattack, Scripps Health has not given News 8 many answers, but we have gotten many emails from patients telling us how they have been affected. They have also shared concerns for their health and the safety of their medical records.

"I just have an uncomfortable feeling that this is far worse than they are letting on," said Andrew Kaufman, a Scripps patient.

Patients at Scripps Health said they have more questions than answers five days after Scripps fell victim to a ransomware attack.

As a result, patients have had their appointments canceled, like Andrew Kaufman.

"The repercussions could be worse than what I expected maybe," said Kaufman.

He had a critical surgery scheduled this week to help find a treatment for his rare muscular disease.

"I suffer every day from this disease," added Kaufman.

He said the surgery was canceled due to the cyberattack making his medical history inaccessible. He still doesn't know when he can be rescheduled and feels like he's in big trouble.

"If I were to have a crisis I'd have to go to the hospital. My concern is my medical history is really extensive, but they wouldn't have access to my history. History that could be very pertinent in treating me," said Kaufman.

He is now writing down his medical history to the best of his knowledge just in case he has to call 911.

Another patient who wanted to remain anonymous told News 8 that she is worried her personal information is no longer secure.

Another patient, Jacob, was unable to get his medication right away but was contacted by Scripps to pick it up a day later.

"I've been on that medication for 20 years, if I had not taken it for 2 days, I would have gone into a coma and died," said Jacob.

These patients worry that this hack is a sentinel event that may lead to more problems. People have vented frustrations on the Scripps Health Facebook page.

Scripps declined News 8's request for an interview, but gave us a statement saying in part:

"As Scripps Health continues to address the cyberattack from this past weekend, our facilities remain open for patient care, including our hospitals, emergency departments, urgent care centers, Scripps HealthExpress locations and other outpatient facilities. Our technical teams and vendor partners are working tirelessly to resolve issues related to the cyberattack as quickly as possible."

Scripps goes on to say that it is reaching out to patients to reschedule some appointments.

And suggests patients who have appointments scheduled during the next several days and are unsure about their status to call 1-800-scripps for more information.