Scripps will try out the new Warm Perfusion method on several more patients, then all the data will be analyzed. 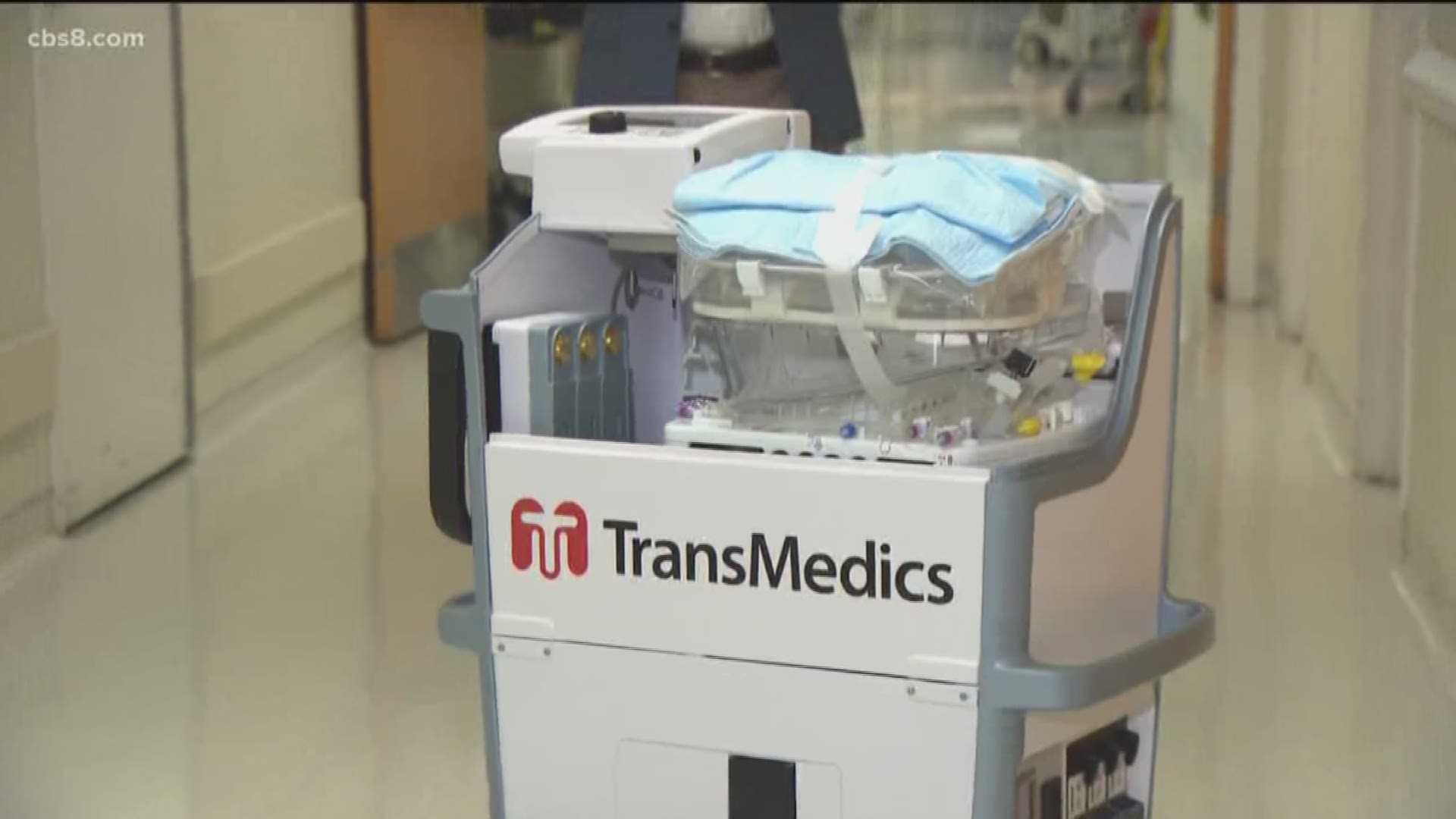 SAN DIEGO — Did you know there are 114,000 people in the United States who are currently on the waiting list for a life saving organ transplant right now? If they are fortunate enough to find a match, the organ will most likely be delivered in a cooler. Yes, the same thing you use to keep your beverages cold is what organs are transported in. Because of this method of transportation, the organs are only able to last for a short amount of time.

Eric Kahnert got an up-close look at new technology that was recently unveiled in San Diego that is hoping to extend the amount of time that transplant organs can be outside the body.

36-year-old Las Vegas police detective Jon Hovan recently limped down a hospital hallway to ring a bell, but the story behind the ding was nearly never told. Hovan said last summer he went in for a routine checkup and “initially everything looked normal, but then they called me a week later to tell me I have liver cancer.”

The husband and father of two went through chemotherapy. It didn’t work. He then went through another round along with radiation which helped a little, but he was told he would never be in the clear. Hovan said, “they told me there was a 100% chance it was going to come back, it was just a matter of time. They said I needed a liver transplant in order to make sure I wouldn’t have a reoccurrence.”

John’s name was then placed on the organ transplant list, along with tens of thousands of other hopefuls. His doctor asked him if he wanted to take part in a revolutionary new trial that would change the way organs are delivered. Hovan said he was game, and just like that he was flown to San Diego.

When asked if he had seen the video of his liver being wheeled into the hospital, Hovan smiled and said, “yeah, it got a standing ovation.”

Scripps is the first hospital in San Diego to try the new transport system called Warm Perfusion. Dr. Christopher Marsh, the head of Scripps Transplantation Department showed Eric how it works. He said the system mimics what it is like for the organ to be in the body. It uses blood, nutrients and vitamins to help the organ thrive in its own environment.

Doctors call the new technology a game changer. Organs can last longer which means they can travel further and make the transplant process smoother. All those things mean more lives can potentially be saved. Dr. Marsh says the Warm Perfusion method gives patients more time to arrive at the hospital and takes some pressure off surgeons and staff in the operating room.

In addition to being potentially lifesaving, the machine is high tech too. It has a removable module so doctors can be on the move and still track how the organ is doing.

Dr. Marsh was proud to report that Jon’s surgery went very smoothly. Even Jon’s down time was a lot less that patients who receive a liver using the cold transport method. While the surgery was a success worth celebrating, it is not lost on Jon that without organ donors, none of this would have been possible. Jon said, “Unfortunately someone had to pass for this to happen. I am forever grateful to them and their family because it means I am going to be able to be with mine for a lot longer.”

Scripps will try out the new Warm Perfusion method on several more patients, then all the data will be analyzed. Then, maybe the cooler method will be a thing of the past. The same company is also testing the warm method on donated hearts and lungs.

Jon’s wife wants his story to serve as a reminder to all of you, to get your annual check-up to be sure you are cancer free.