A San Diego undocumented single mother, who has a young daughter with special needs, is facing deportation Thursday. 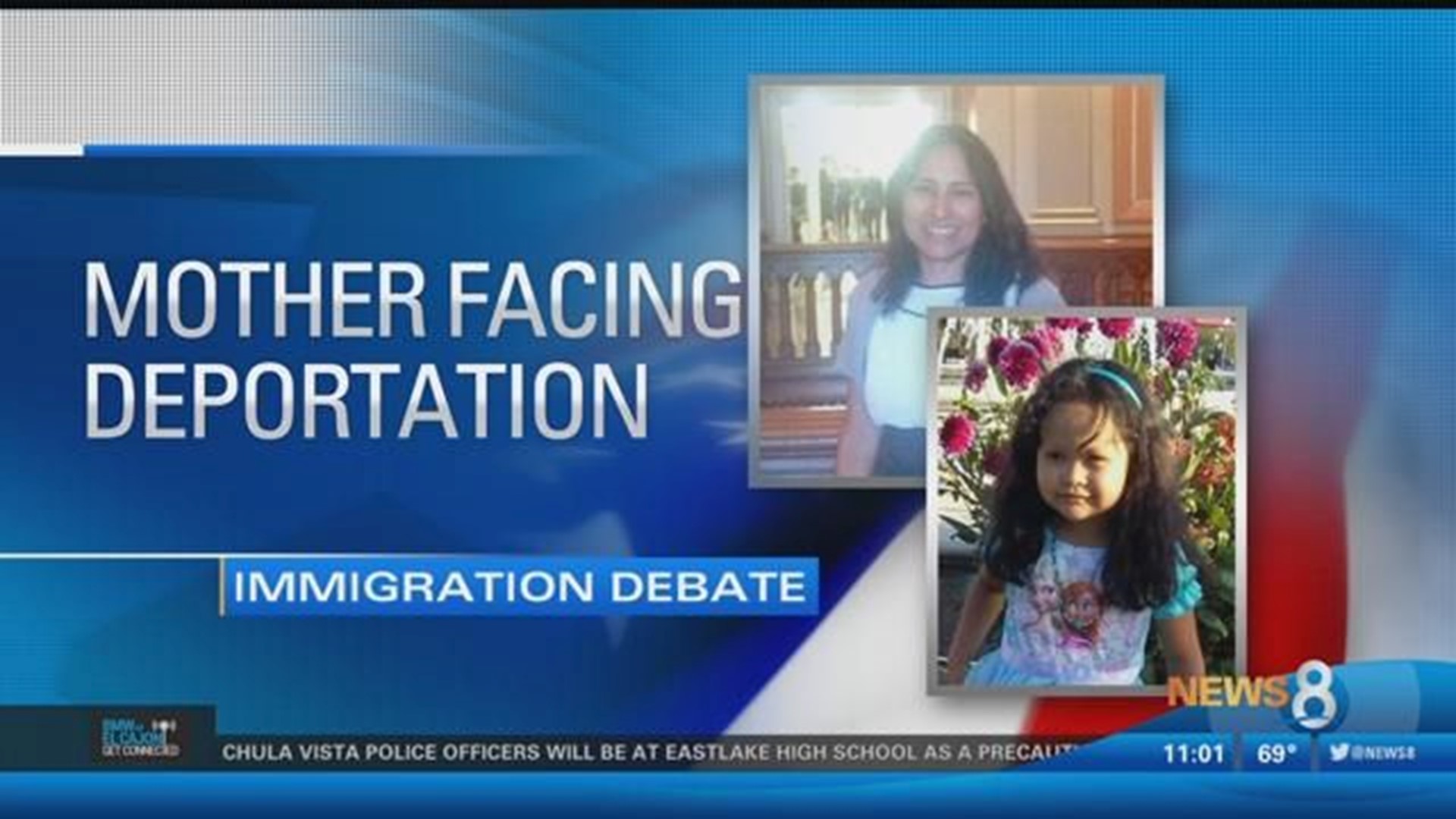 SAN DIEGO (NEWS 8) – A devastating day for a San Diego family after a single mother who has lived in the U.S. for more than 20 years was deported Thursday.

The case of Ocampo prompted state and city officials to rally in her defense, including Gonzalez-Fletcher, Councilwoman Georgette Gomez and Councilman Chris Ward.

Union leaders say Ocampo, a single mother with an 8-year-old special needs child, is slated to be deported Thursday. Ocampo is scheduled for a hearing in October that could allow her to stay in the country.

Friends say Silvia Ocampo has been living in the United States for 24 years and has been allowed to stay in the country as long as she checks in regularly with immigration authorities. According to Ocampo’s 16-year-old son Jair Cortes, his mother and 8-year-old sister did not return home from a follow-up check-in with immigration officials a week ago.

Silvia Ocampo is a housekeeper and a trustee at the United Here Local 30 union representing San Diego County Hotel and Food Service Workers.

“She was amazing and so brave and such a good mom. If there is any way we can keep her here, I need to do what I can,” said Brigette Browning, President of United Here Local 30.

Gonzalez-Fletcher says she named a 2016 bill “Silvia’s Law” to provide relief after post-conviction of non-violent crimes for immigrants.

According to family, Silvia and her husband were charged with document fraud related to a driver's license application in 2009.

Silvia’s husband was deported, but friends told News 8 she pleaded guilty to the felony. Through an agreement with immigration officials she was allowed to stay with her children who are U.S. Citizens. A court date was scheduled for appeal on October 27th.

While supporters of President Trump’s new orders on undocumented immigrants said "the law is the law," Silvia’s supporters worry her children will be left without someone to look after them.

The support her three children will receive remains unclear. Two of her children are minors, one of whom is an 8-year-old with a disability.

"The cruelty driving the Trump Administration is on stark display today as we're again called to defend the basic dignity of those who make our community stronger," Ward said.

"It is not right for the U.S. government to tear families apart," Gomez said. "Silvia is a hardworking, taxpaying, single mother of three, with a special needs 8-year-old child. Separating her from her family is unjust and cruel."

[...] In August 2009, Ms.Ocampo-Ortiz was turned over to ICE following a felony conviction for perjury.

While ICE continues to prioritize its enforcement resources to focus on individuals who pose a threat to national security, public safety and border security, the agency's Acting Director has made it clear that ICE will not exempt classes or categories of removable aliens form potential enforcement. All of those in violation of our nation's immigration laws may be subject to arrest, detention and, if found removable, he or she will be removed from the United States.