Police are investigating a homicide after finding a decomposed body stuffed inside a sealed metal barrel floating in the San Diego Bay Thursday afternoon. 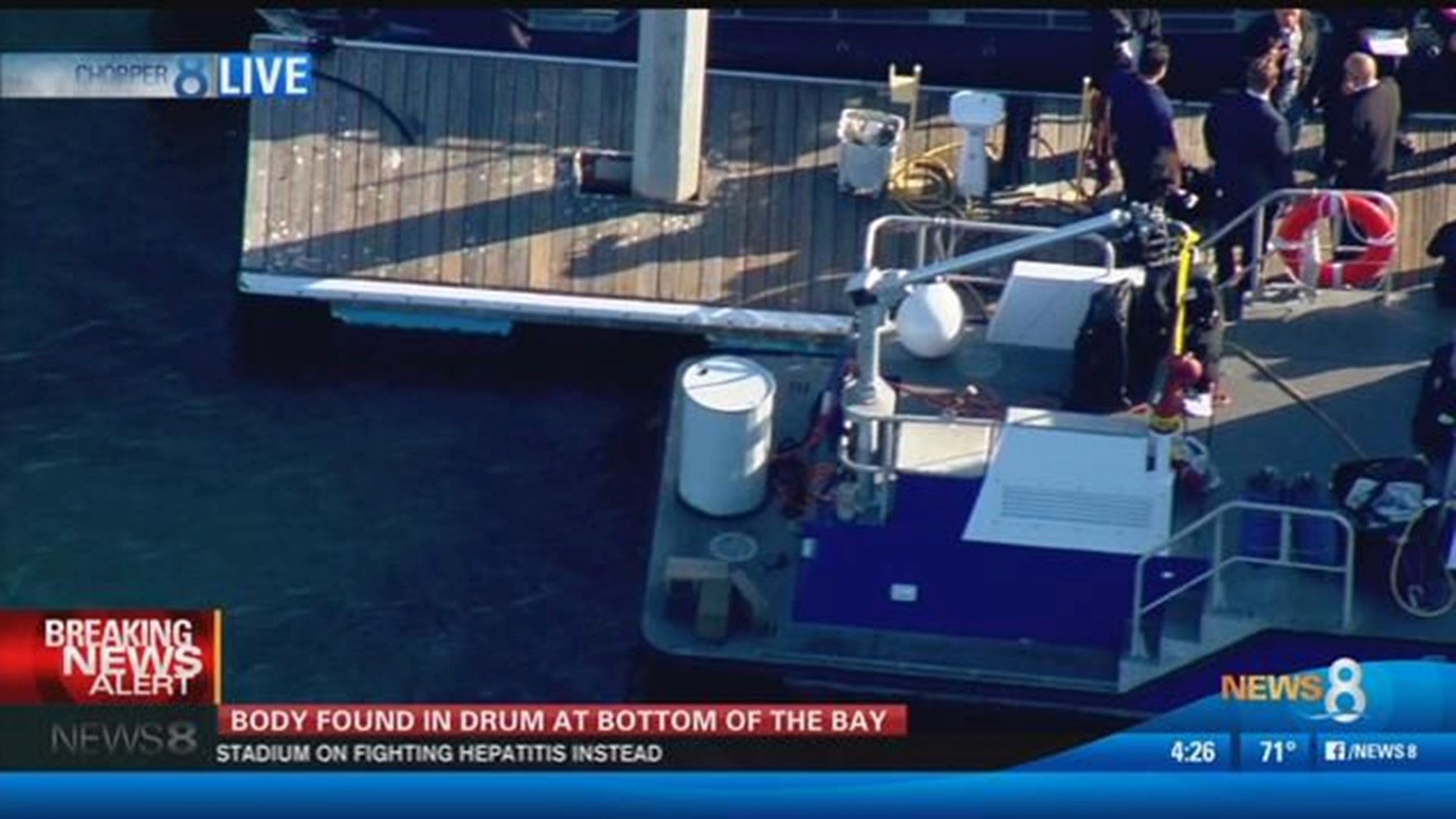 SAN DIEGO (NEWS 8) — A homicide investigation will continue in the case of a body found stuffed in a 55-gallon drum in the San Diego Bay.

A diver, who was cleaning his boat, called police at 12:22 p.m. Thursday when he saw a metal drum floating on the surface of the bay. He immediately reported the drum as a navigational hazard to Harbor Police, but they were unsuccessful at locating the floating object.

The driver, who did not want to be identified, went back out on a dingy two hours later.

He told News 8 the second time around he noticed the drum was clean and had a hazmat tag. He also said the drum appeared to be anchored to a wire line tied to three concrete blocks.

Authorities said the drum was towed to the Chula Vista Marina off J Street and Marina Parkway.

Once there, police noticed an odd smell coming from the steel drum and soon discovered the human remains. Acting Captain Eric Thunberg of the Chula Vista Police Department said the age and gender of the person is unclear.

Thunberg said the case is being treated as a homicide.

"This is not normal," Thunberg said. "We have a body crammed inside a drum, that is not normal. Something went wrong."

Judging from tides, the diver believes the drum was likely dumped in the area on Wednesday night or Thursday morning when the tide was high.

Further, he said he was concerned about the orange oily residue he noticed leaking from the drum. Having worked on boats for 23 years, he had environmental concerns.

The medical examiner determined human remains inside the drum, but have not released information whether it's a man or a woman or age.

"Certainly understand the need for closure for families and the hope; however, it's premature to even articulate who might in the barrel," said Capt. Eric Thunberg, Chula Vista Police Department.

"I just had to come out here and see if there was any information so we could be at peace. The family just wants closure and we are praying it's not him and Omar is okay."

Thunberg said on Saturday that the body had been identified but CVPD was waiting to release the name due to the ongoing investigation.

Chopper8 footage of the barrel being removed from the scene.