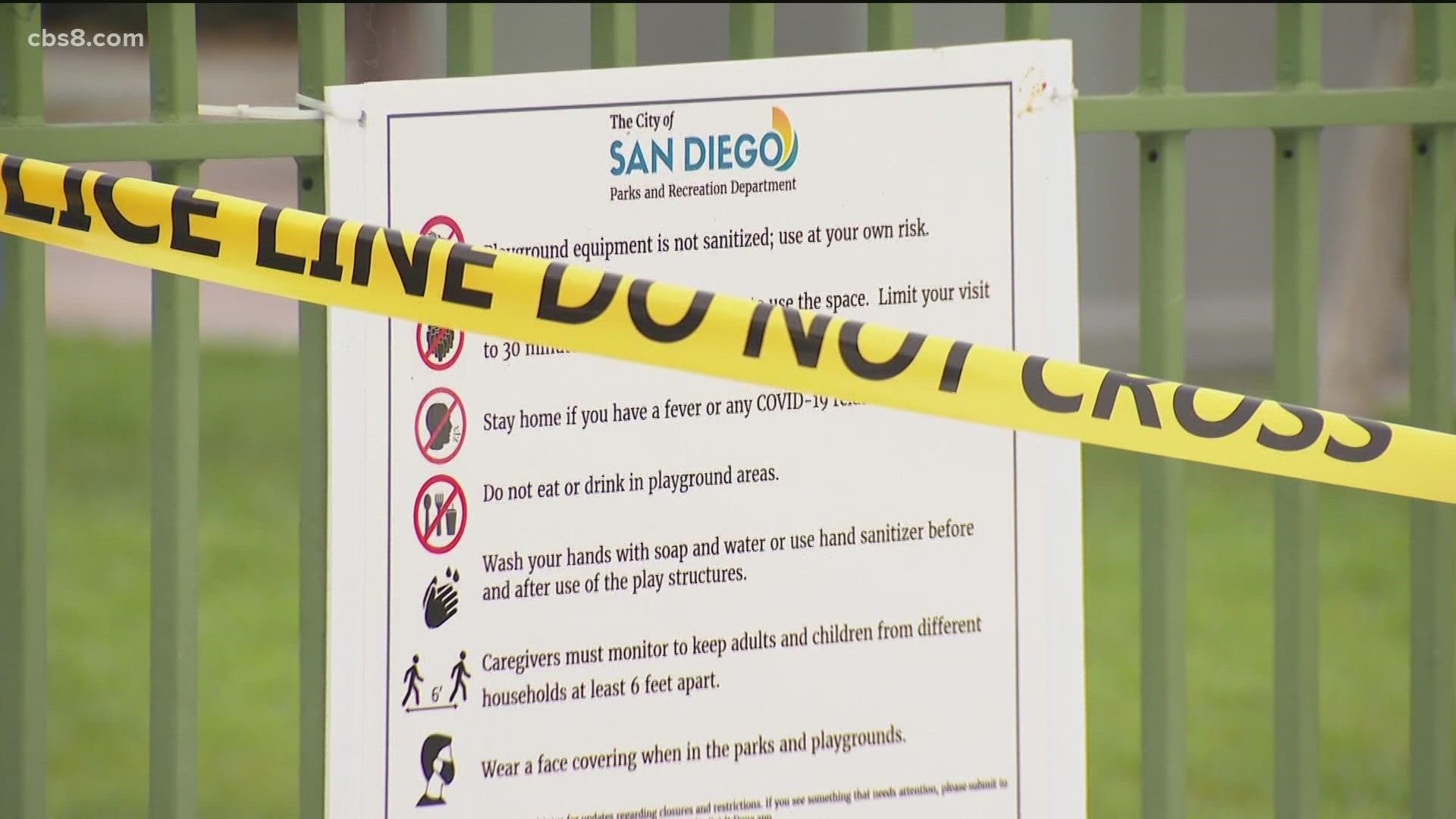 SAN DIEGO COUNTY, Calif. — A "bloodied" man was found dead in a city park on Tuesday morning, and homicide detectives were investigating.

Officers say an arrow may have been used to kill the man.

The man, who was "all bloodied up," was declared dead at the scene.

They believe the victim is a white man in his twenties, though he hasn’t been identified.

At this point, no witnesses have come forward, and no arrests have been made.

The park, which includes a playground and skating area, has several ways in and out.

But no one reported hearing anything until police arrived on scene.

“That's just weird to me how something could happen around here like that. I mean there is crime like robberies but nothing like that,” said Brian Garcia.

If you have any information, you're urged to call San Diego Police.

SDPD say they currently have no suspect description.

San Diego Police confirm a man was found dead with an arrow in his head after some sort of confrontation at Central Avenue Park around midnight last night. They believe it could have been a bow and arrow or a crossbow used to kill the man. No information on a suspect. https://t.co/676JAWsHw1 pic.twitter.com/kFxDOsRP8M