Undriveable and a complete mess: that’s how Mira Mesa residents are describing streets in their neighborhood. 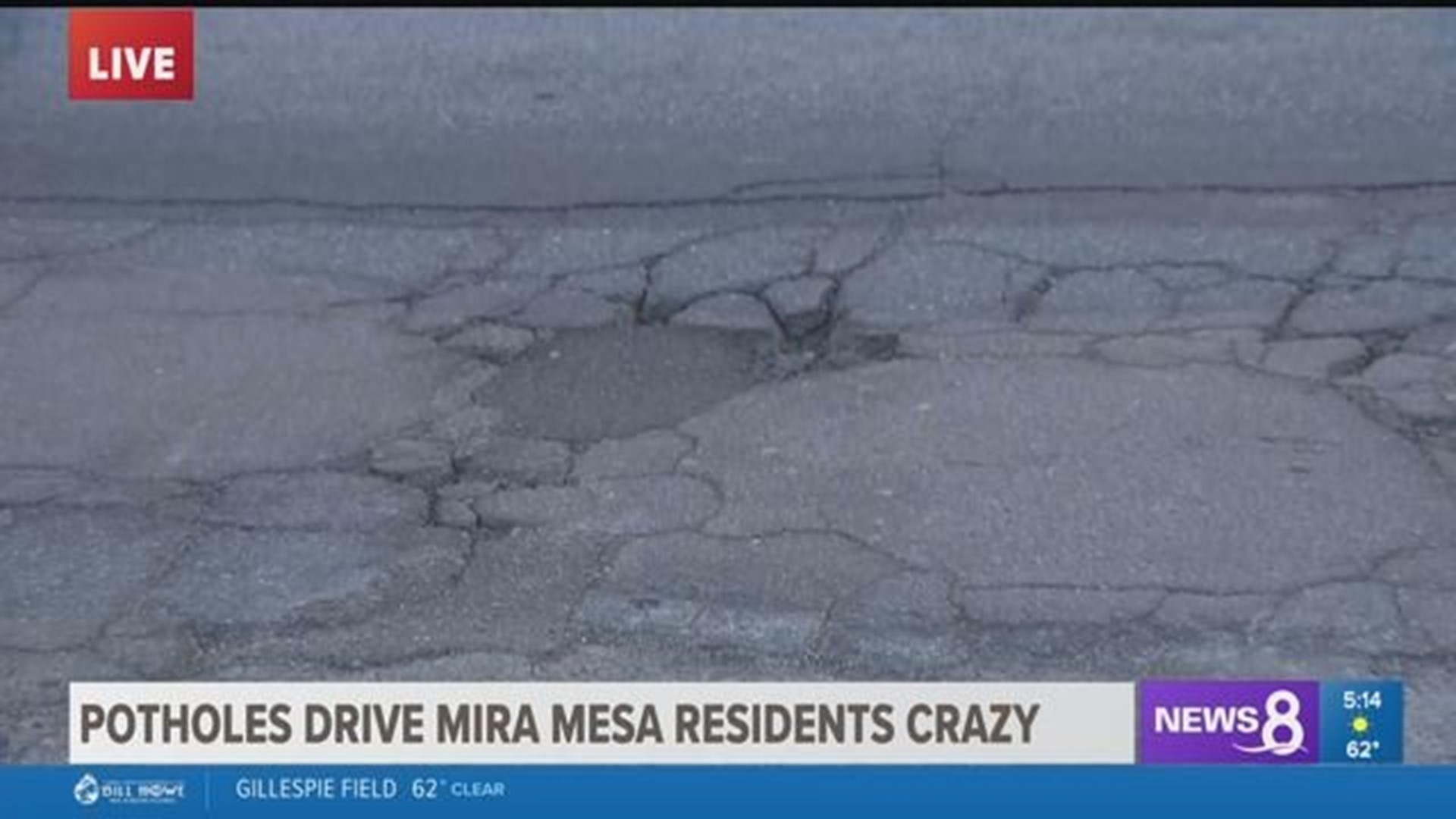 SAN DIEGO — Undriveable and a complete mess - that’s how Mira Mesa residents are describing streets in their neighborhood.

They say this month’s storms wreaked havoc on their roads, making a bad situation even worse.

“I’m really getting disgusted with the way the city is treating us,” said resident Oscar Mays.

He says he’s been complaining to the city for years and cannot get a straight answer.

Another Mira Mesa resident Susan Sragovicz said the streets are so bad that she will drive out of her way to avoid certain ones.

“It’s almost like you’re in the middle of a video game,” she said of trying to maneuver around potholes.

“We’ve been told this street is one of the worst in the city,” said Cate.

He said there are several streets in the area that his office has been advocating for the city to repair but he says getting a particular street worked on is out of his hands.

“We make sure that the city’s budget has funding to go to street repair,” said Cate. “But at the end of the day, it’s up to the mayor and city staff to go through the priority list of what streets need to be repaired.”

City spokesman Jose Ysea says there are a lot of roads that need repair, but only so many crews that can go out to do the work.

“Over the last several years, we’ve been at a record-breaking pace with over 1,000 miles of roads repaired,” said Ysea. “Recent rains are definitely causing more damage to roads.”

Ysea later told us that he learned work on Gold Coast Drive will start in March and will include a whole new foundation.

As for other streets in the area, there is no date set for repairs.