The San Diego Unified School District has apologized for a racially charged cartoon that was printed in the La Jolla High School newspaper last month. 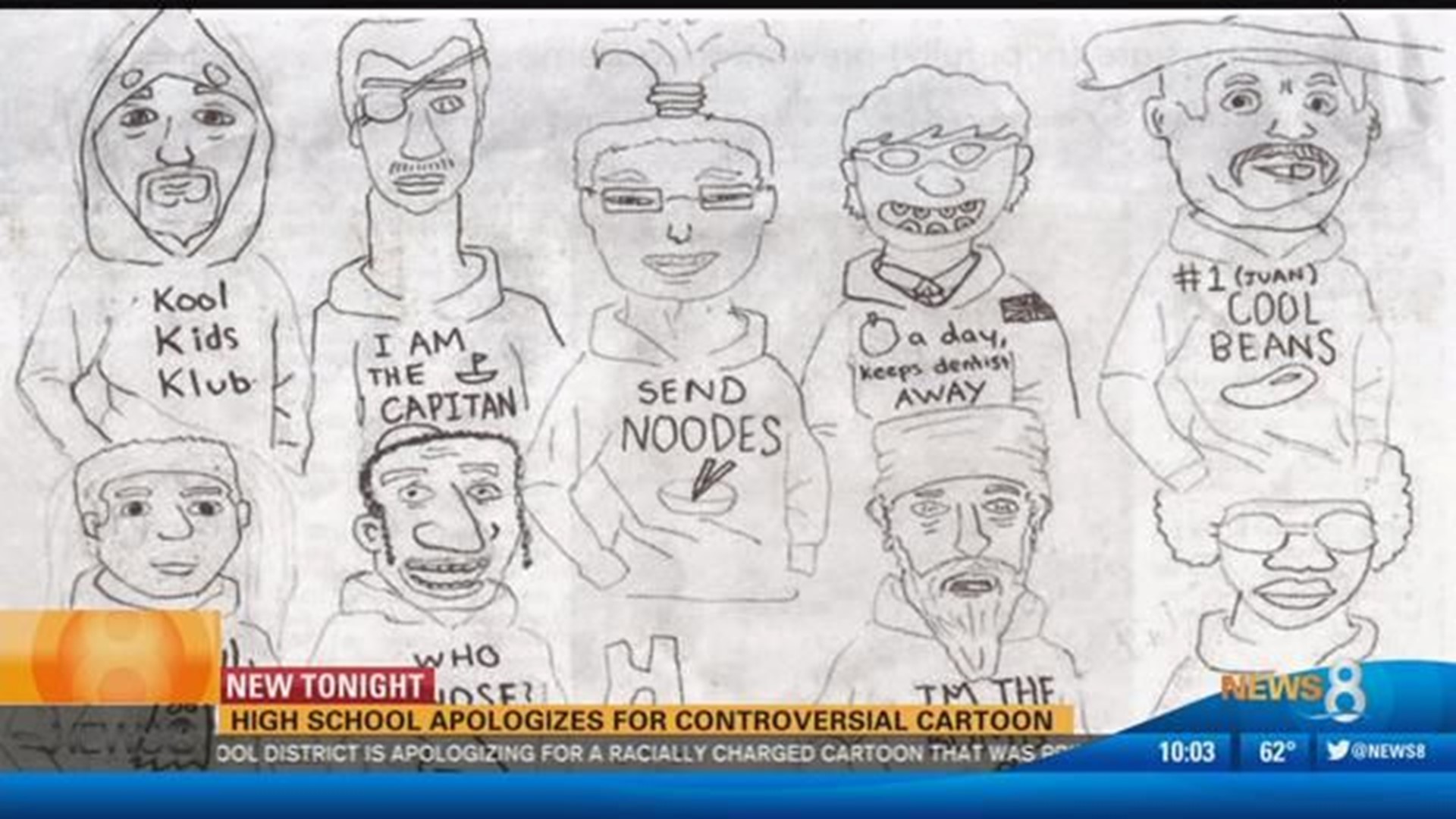 WARNING: Some readers may find the image at the center of this story offensive.

The controversial cartoon depicts an entire spectrum of racial and ethnic stereotypes.

Each character is seen in a sweatshirt with a different offensive phrase. The cartoon was published in a January 23rd edition of the “Hi-Tide.”

The images led to a protest on the school’s free speech wall with students posting multiple copies of the cartoon demanding that someone do something.

While there are no captions, there are the letters H&M, which may be a reference to the clothing retail company’s own ad that showed a young African American boy in a sweatshirt that read, “Coolest Monkey in the Jungle.”

San Diego Unified School District declined to speak with News 8 on camera about the newspaper’s editorial process – referring only to a letter sent home to parents which reads in part:

“Again, we want to say clearly that this cartoon does not represent the values of our community. The language and imagery is offensive and hurtful.”

In that same letter, the principal of La Jolla High School and the district called the cartoon an error in judgment and a breach of all the values they hold dear.

Additionally, administrators said they had spoken with students involved in the newspaper about the cartoon and the responsibility of free speech.

According to the "Hi-Tide" website, there are two student editors and a teacher advisor. It is not clear if the teacher was aware of the cartoon that was published.

It remains unclear if anyone was disciplined.