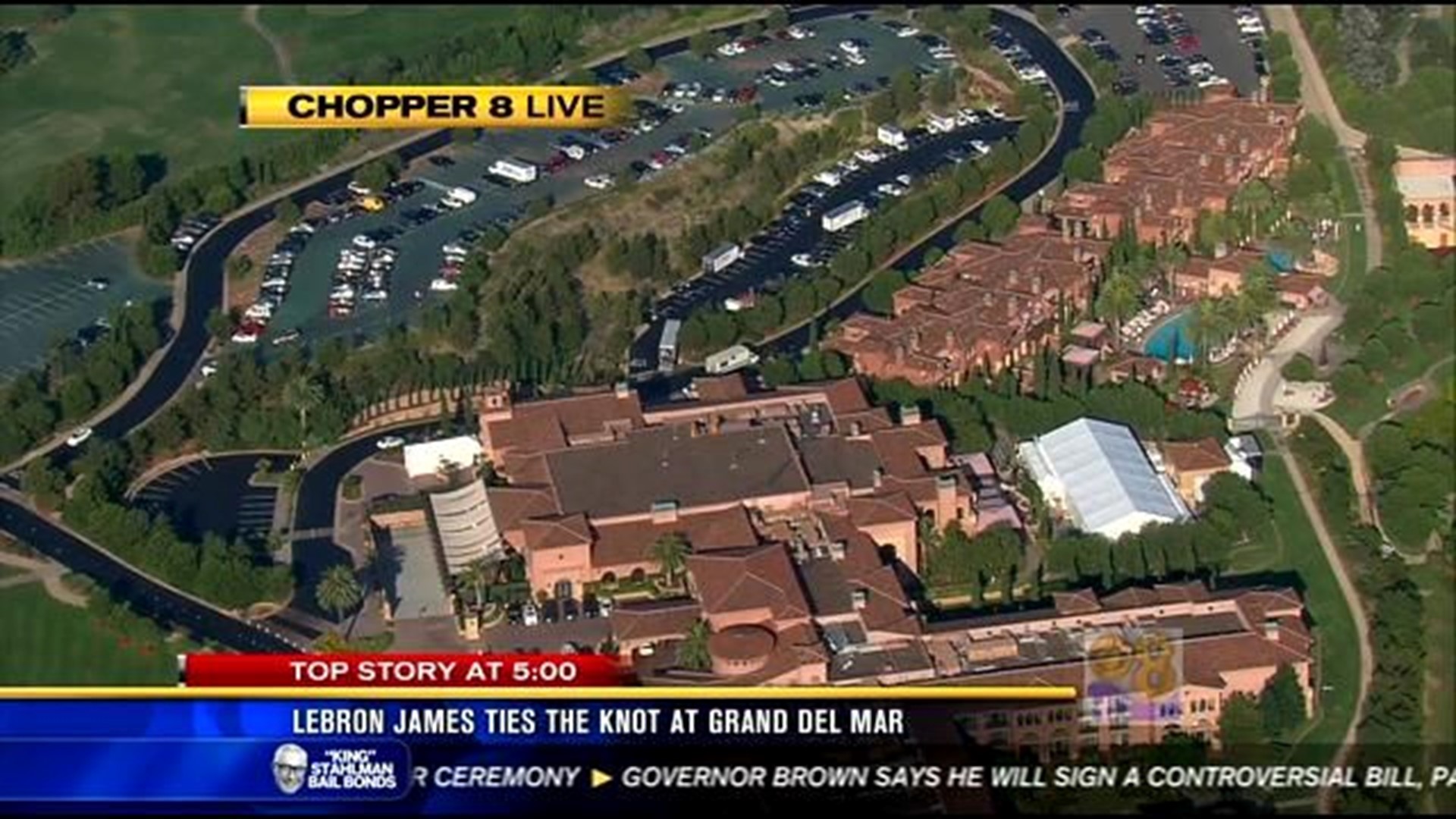 The wedding is being held at the Grand Del Mar. There has been a lot of speculation about the big event and the A-listers who will be attending.

With so many black tinted luxury vehicles entering the Grand Del Mar Saturday, it's anyone's guess who was inside.

From locals to resort visitors, information about LeBron James' wedding with high school sweetheart Savannah Brinson were hard to come by.

But details regarding the star-studded guest list, which include NBA stars Chris Paul and Carmelo Anthony weren't so hush hush.

Admitted sports nut Ken Ledgard tried to get a sneak peak of Saturday's nuptials. He was immediately turned away.

"I just wanted to see what the action was. What did they tell you at the gate?  They said, private."

Despite the tight security, insiders reveal the couple, who has two children together will marry inside the hotel's Capella Chapel which according to those who have seen it is completely covered up.

"A big tent that's covering the chapel...can't really see much, but they have a bunch of black Escalades up there."

Many who did make it, arrived Friday in time for a welcome barbecue including Dwayne Wade and his actress girlfriend Gabrielle Union.

Wade posted a video on Instagram after getting a flat tire on the way down.

Residents who live near the Grand Del Mar say while they're used to a celebrity sighting here and there -- this wedding has caught the attention of people all over the neighborhood, even if it's only a distant glimpse.