The Living Coast Discovery welcomes new animal ambassadors, interactive displays and nature-influenced art for the spring and summer months at at their zoo/aquarium on San Diego Bay in Chula Vista. 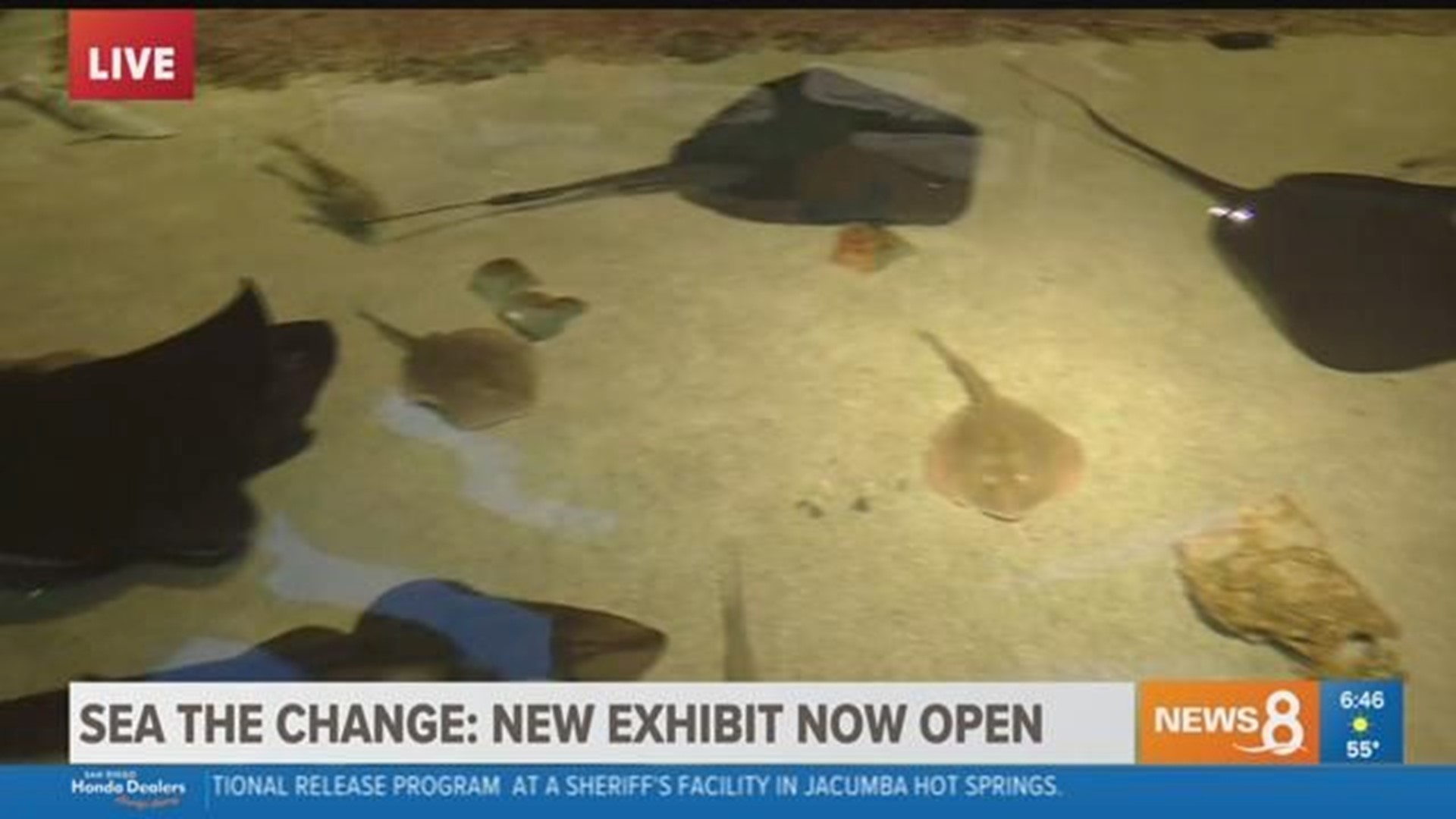 SAN DIEGO — (NEWS 8) - The Living Coast Discovery welcomes new animal ambassadors, interactive displays and nature-influenced art for the spring and summer months at at their zoo/aquarium on San Diego Bay in Chula Vista.

Inspired by Mahatma Gandhi's inspirational message to "Be the change you wish to see in the world," the new exhibit is titled SEA the Change.

It is designed to shine a light on critical environmental issues such as habitat destruction, ocean pollution, coral bleaching, climate change and more. Through up-close animal encounters and hands-on, interactive features, guests can see the changes native species are experiencing and they will be able to learn how humans can help. SEA the Change aims to inspire new ideas for making a difference in our own communities with small changes that can have a lasting, positive impact on the planet.

"SEA the Change really embodies the mission of the Living Coast – to inspire care and exploration of the living earth by connecting people with coastal animals, plants and habitats," said Executive Director Ben Vallejos. "The exhibit is visual, tactile, and touches both your heart and head. You look at these incredible animals and see the challenges they face and think 'I want to protect them.' That personal connection is key to inspiring meaningful positive change for future generations."

"We are so excited to share SEA the Change with our guests," said Elizabeth Argyle, Director of Education and Guest Experience. "There is something for everyone, from all the new animals to the artwork from local artists that we have incorporated into the exhibit. It all comes together to tell a powerful and important story. We hope everyone will leave inspired to be the change they wish to see in their homes, neighborhood, and the world at large."

News 8's Ashley Jacobs explores the grounds of the zoo and aquarium located within the San Diego Bay National Wildlife Refuge on Sweetwater Marsh. For more information about the Living Coast Discovery Center go to their website or call (619) 409-5900.