A study from Syracuse University shows almost 3,500 asylum-seekers were sent back to Mexico in July after being processed at either San Ysidro or Calexico. 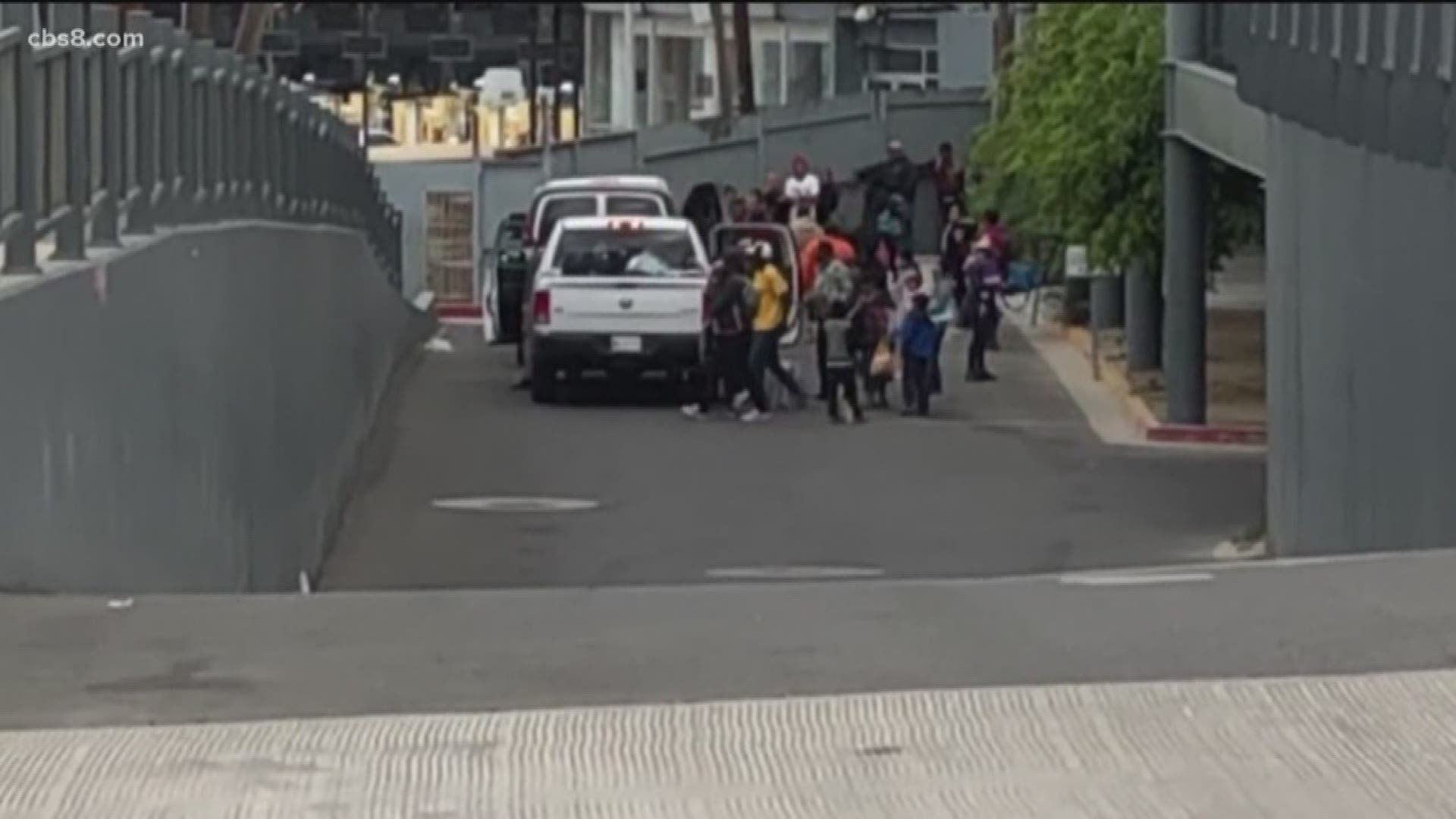 SAN DIEGO — The ACLU is filing a lawsuit against the government over the rights of asylum seekers. The group says it is not fair for asylum seekers to be forced to stay in Mexico while they wait to enter the United States. The ACLU says asylum seekers should at least be allowed to meet with a lawyer while they’re trying gain legal entry into the us.

San Diego immigration courts now lead the country in the number of asylum-seekers sent back to Mexico to await their court hearings.

Just 1% of those sent back from California have been represented in court by a lawyer.

On Friday, Customs and Border Protection said they made more than 58,000 arrests for illegal entry during this past fiscal year. That is more than double what was seen last year and is on par with what has been happening at border crossings nationally.

Border Patrol has 2,200 agents working in the San Diego sector.

While asylum seekers must wait months to find out if they can seek refuge in the US, the number of illegal crossers has doubled. The ACLU will discuss this lawsuit at 1 PM on Tuesday at the Federal Courthouse.

RELATED: US takes step to require DNA samples from asylum-seekers

RELATED: Asylum-seeking Mexicans are more prominent at US border