An Afghan family shares their gratitude for being welcomed in San Diego but worry about their family who remain behind. 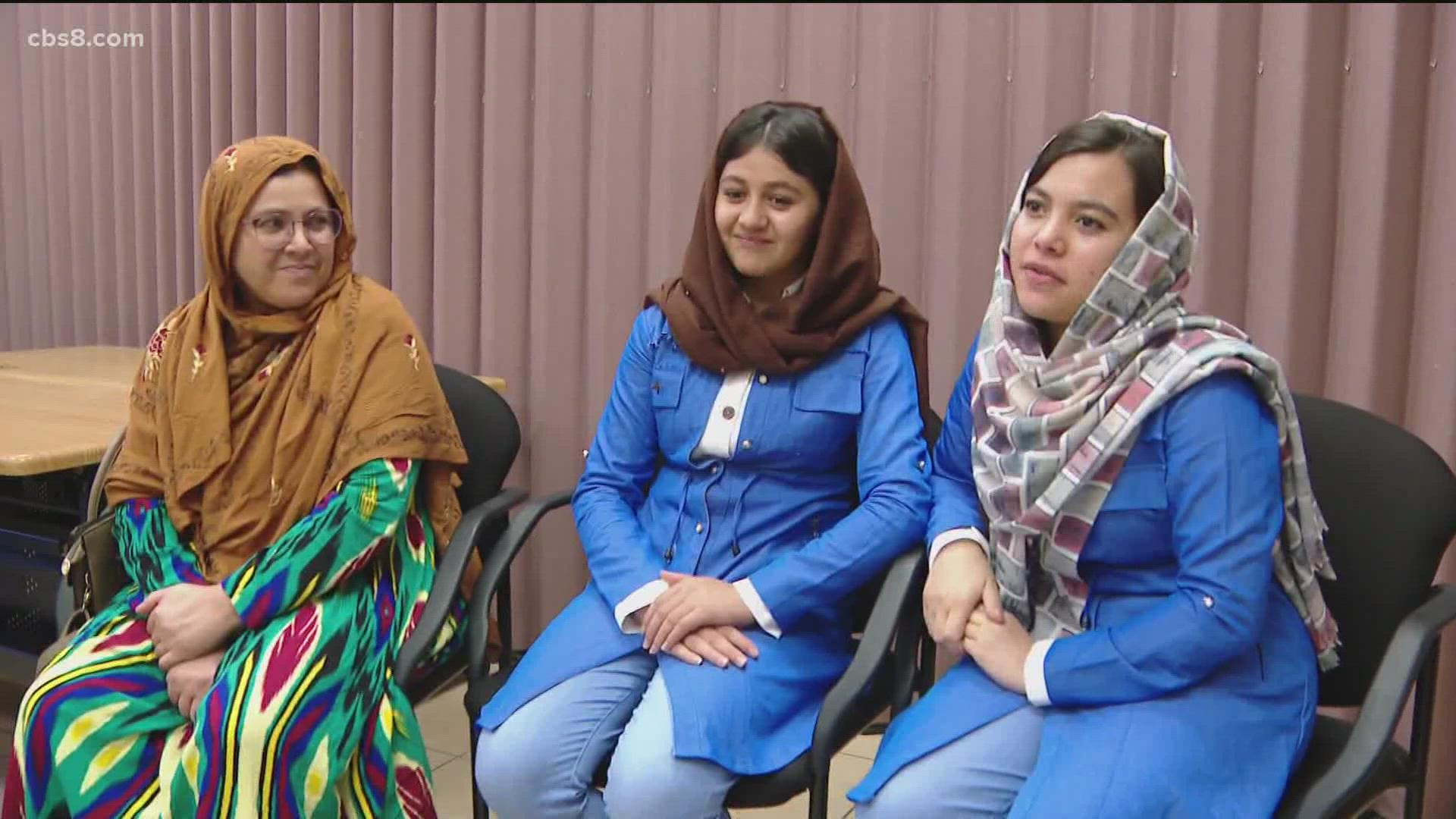 SAN DIEGO — The State Department and the U.S. military say they're moving as fast as they can, getting people out of Afghanistan, as two more refugee families are expected to arrive in San Diego.

Catholic Charities says in the last week it has received three to five families each day as part of the federal Refugee Resettlement program and Jewish Family Service says its assisted 63 individuals since August 6.

Last month an Afghan family of eight arrived in San Diego. They've been waiting to come to the United States on a Special Immigrant Visa (SIV) for for five years.

“We are happy here, we are safe here, we all wish to continue our education here,” said Ismail, refugee teen.

For their safety News 8 is only using their first names. Ismail helped translate their story of how they arrived in Virginia on July 13 and flew to San Diego. That was just one month before the withdrawal of American troops and the violent Taliban takeover.

“In Afghanistan working with the U.S. Army I was ambushed many times when I was on a mission,” said Asif, refugee father.

The family was taken in by Catholic Charities who is one of four agencies in San Diego County who helps refugees resettle.

Arrivals are increasing, in the past week the organization has received 30 families and expects more as the U.S. plans to evacuate 9,000 people a day from Afghanistan.

Catholic Charities resettlement facility is a place where refugees meet with a case manager for 90 days to help including housing, school, medical and employment and also a welcoming team.

“There is a deep sense of reverence for what they have given,” said Toppozada.

Jewish Family Service is another agency that works with the State Department to assist refugees. In 12 days, they've received 63 Afghan refugees, that's how many they usually help in a year.

“We are prepared to continue to respond to the need. It's hard to know what that need is going to be because the situation is changing day by day, but we are here to serve the community and respond with safety and dignity,” said Chris Olsen, Jewish Family Service Chief of Staff.

Afghan families have a strong bond and it's been difficult not being able to speak to their family for fear of what the Taliban would do.

The last time the Taliban ruled, women were banned from going to school or even from going outside alone. Few think anything will be different this time.

News 8 asked each family what they look forward to most about being in America.

“I want to become in the future a doctor,” said Saira.

All of Saira's siblings echoed their wish to continue their education and mom is grateful she has her family.

“My wish is to come to us and be with her children and peace,” said Hanifa, refugee mother.

A family who risked their lives is a grateful to be welcomed in San Diego.

"Thank you to Catholic Charities that is helping us because we are unfamiliar and thank you to USA," said Asif.

Agencies designated as federal Resettlement Organizations say with the influx volunteers and donations are needed. Housing is important and are asking any landlords who have a vacant unit to help.