The crash was reported at 12:49 a.m. on the southbound San Diego Freeway at Carmel Valley Road, according to the California Highway Patrol. 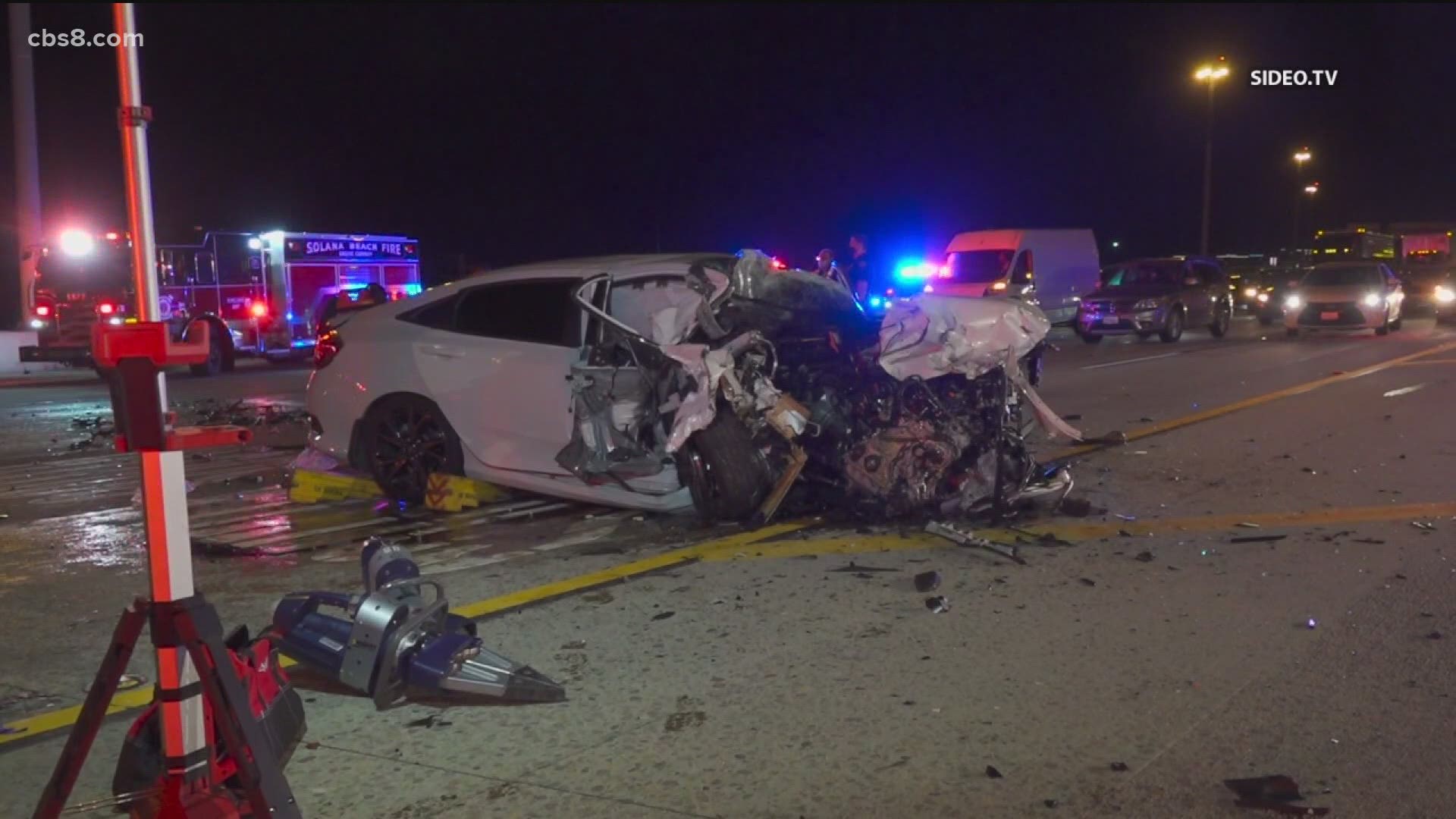 A 42-year-old man driving a Dodge Magnum northbound in the southbound lanes crashed head-on into a Honda Civic, Castro said. After the initial collision, a Ford pickup driven by a 32-year-old man crashed into the Dodge.

Multiple people were trapped in their vehicles when paramedics arrived.

A 52-year-old female passenger in the Honda was pronounced dead at the scene, the officer said. Her name was withheld pending family notification.

All three drivers and one additional passenger from the Honda were taken to hospitals for treatment of major injuries.

No details about the Honda driver or the Honda passenger were immediately available.

All lanes on southbound I-5 were diverted to SR-56 during the crash investigation and the on-ramp from Carmel Valley to southbound I-5 was shut down. The lanes were reopened around 6 a.m.

Update: SB I-5 south of Carmel Mountain Rd, all lanes have re-opened to traffic.