Are San Diego's homeless communities getting left behind during this pandemic? 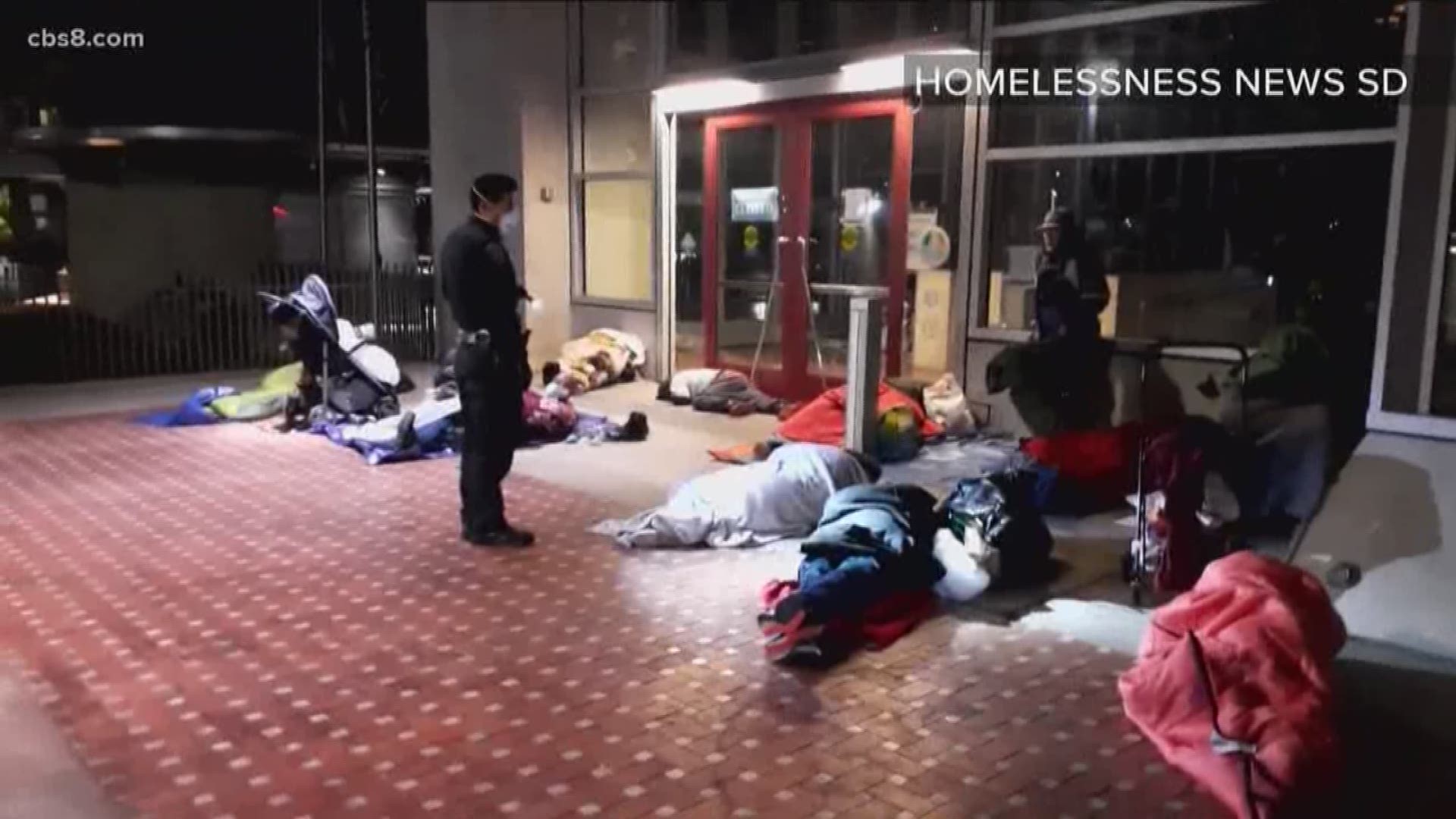 SAN DIEGO — The San Diego Convention Center has opened up to house homeless people, but the majority of the people staying there were already living in shelters. They were moved to relieve overcrowding and allow for more room for social distancing.

Meanwhile, on the streets, San Diego's homeless community wondered, “What about us?”

Making a bad situation even worse for the county’s unsheltered residents, San Diego police have forced homeless people to move, even while it's pouring rain outside. They are also issuing tickets for everything from sleeping in public parks to illegal lodging.

“It's absolutely ridiculous,” said homeless advocate Michael McConnell. “Every morning at 5:30 to 6 o'clock, the police are out there - even in the rain - just shooing people around.”

The homeless people still on the street have heard that services are out there, but they said no one has actually informed them of what's available, ways to register, or how they're supposed to get there.

“The ability for folks to even help themselves is very limited,” McConnell added. “The library is closed [which is] the place that people used to go and charge their phones, use the internet, stay up on things, [and] have a safe place to sit for a while. Lots of things have changed.”

McConnell isn't the only person questioning what's happening to San Diego's homeless communities. Community Advocates for Just and Moral Governance sent a demand to cease and desist letter to city leaders urging them to stop the police sweeps and tickets to the homeless for quality of life offenses.

At Monday’s media conference, County Supervisor Nathan Fletcher announced that 13 homeless San Diegans have tested positive for COVID-19. Fletcher is on the regional task force on the homeless.

With so many empty hotels across the county right now, McConnell wondered why a deal can't be worked out to open some of them up. As he pointed out, this is an issue that impacts all of San Diego.

News 8 reached out to the mayor's office for comment and received this: