Contantin Bakala's family had been waiting for the day for a long time as he had been separated from his family for more than a year and a half. 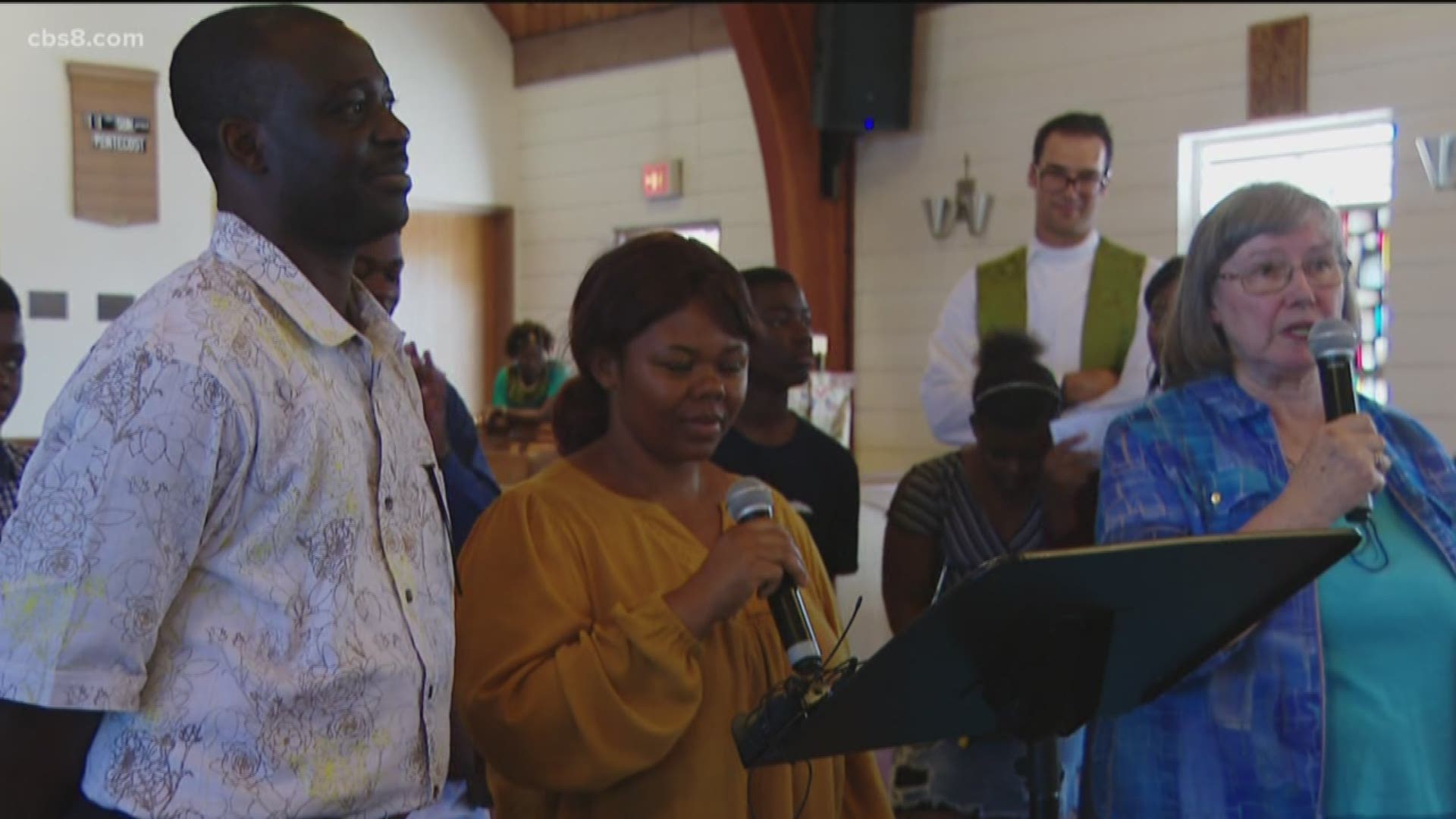 SAN DIEGO — The culmination of an emotional 20-month journey unfolded in San Diego Sunday as a father seeking asylum from political persecution in the Democratic Republic of Congo joined his family in North Park for a “welcome home” party at St. Luke’s Episcopal Church. Contantin Bakala's family had been waiting for the day for a long time as he had been separated from his family for more than a year and a half.

With the help of a translator, Bakala described seeing his family for the first time after 20 months apart.

"I felt joy, pure joy when I hugged them and kissed them,” he said.

It has been a long road to get to the family’s reunion.

Bakala and his family fled the Democratic Republic of Congo back in 2016. His wife says her husband was targeted because of his participation in an opposition party that promoted democracy in the country.

Once they arrived in the United States, Bakala was separated from his wife and kids and sent to a detention facility in Georgia. A judge ordered he be deported.

News 8 was there for a rally in Bakala's honor back in February. His family continued to fight for him and with the help of faith leaders at St. Luke's Episcopal, attorneys, and the San Diego Organizing Project,  Bakala was granted parole and reunited with his family.

Though a translator his wife told the congregation at St. Luke’s: "I’m very happy because god’s opened the heaven and has taken a look on my family.”

Bakala’s oldest daughter Marie Louise said she didn’t know what to say but that she was “just happy.” Happy that her dad will be with them for her 18th birthday.

"My birthday will be next month, and my dad is here,” she said. “I'm very grateful.”

The family says their message to others is: “whatever is your situation, just remember that you’re not alone.”