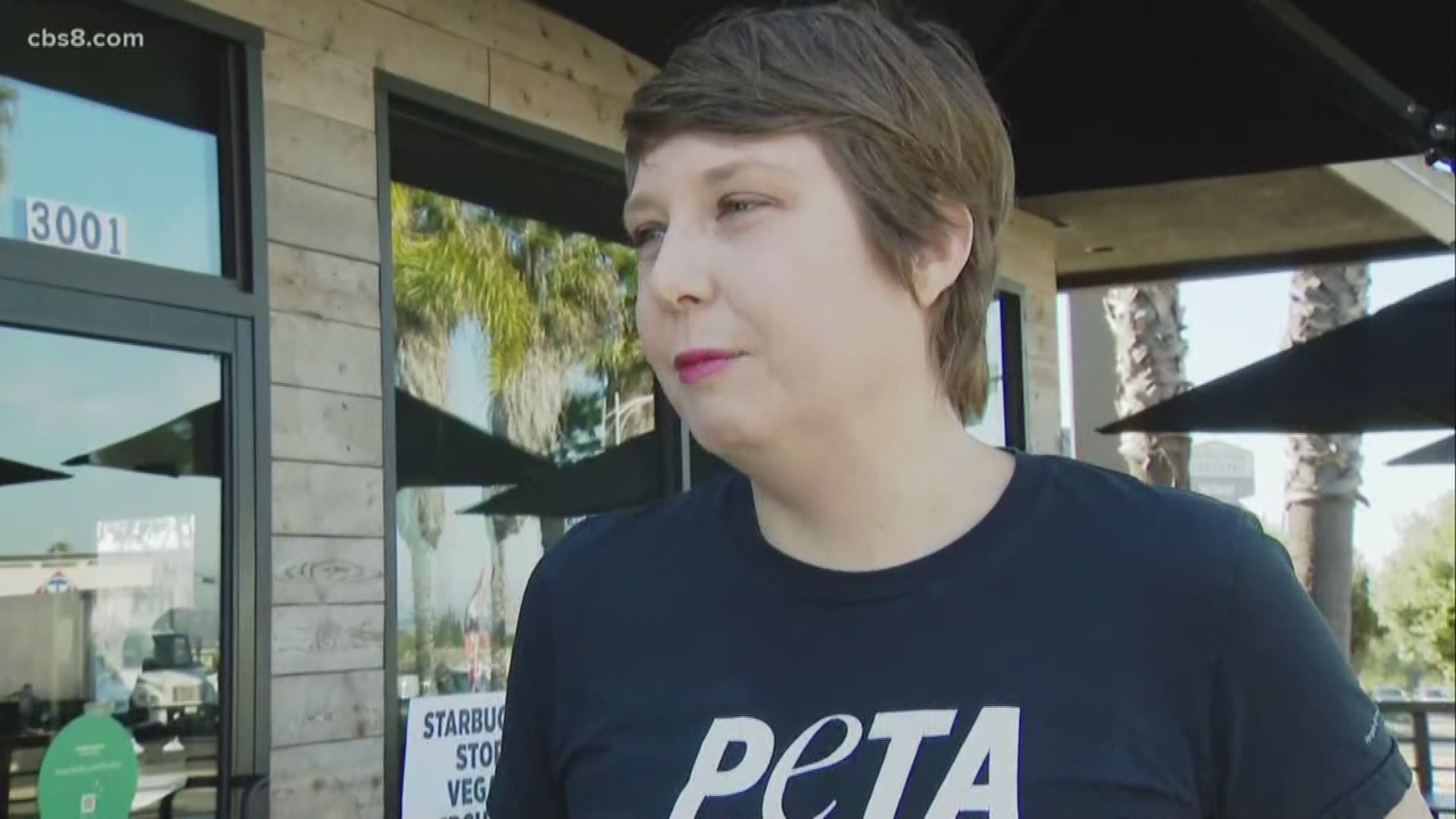 SAN DIEGO — Members of People for the Ethical Treatment of Animals (PETA) held a sit-in at a Starbucks in Bay Park on Clairemont Drive to protest an upcharge in non-dairy milk options. For example, a Starbucks barista said a latte made with cow's milk costs about 60 cents less than a latte prepared with a non-dairy substitute, such as almond milk.

A member of PETA told News 8 that she was protesting the price difference due to environmental, health and ethical reasons.

A media spokeperson for Starbucks commented on Thursday's protest.

"We are proud to have a history of offering our customers products that meet their diverse needs and taste preferences, including a variety of alternative, non-dairy milks on our menu," said Lizzy, a spokesperson for Starbucks. "Adding a splash of any alternative milk to Brewed Coffee, Iced Coffee, Cold Brew and Americano beverages is offered free of charge."