Developer DaSean Cunningham broke ground on his first housing project in the neighborhood he grew up in. Seven new homes of Newton Gardens are slated to go up. 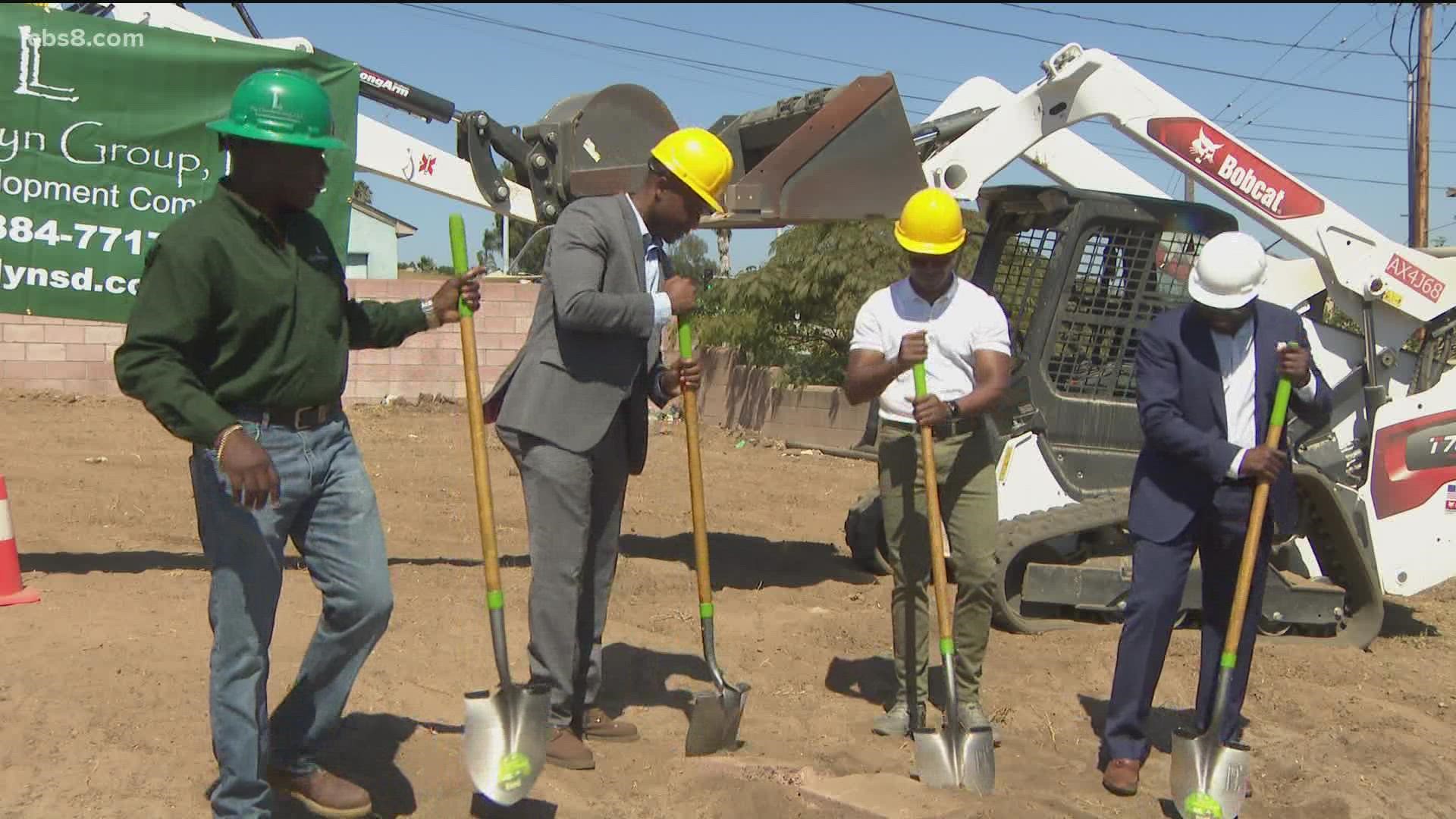 SAN DIEGO — Real estate developer DaSean Cunningham is elated he is breaking ground on the Newton Gardens housing project in the Southcrest neighborhood he grew up in.

"Yeah we're African-American men, but we are doing it. I can do real estate and do it well because I have seen someone who looks like me doing it," said Cunningham of Paradigm Commercial Group.

Finding a builder came down to a chance meeting of Joseph Lewis with Cunningham's mother.

"I met her at Home Depot as she asked me my opinion on some paint, and I gave her a card, and she said, 'I think you could help my son,'” said Lewis, owner of the Llewellyn Group, LLC, a land development company.

Lewis will oversee all the Newton Gardens construction at 4066 Newton Avenue.

"I own this equipment behind me, so tomorrow, I will be flattening this land out and then we will dig the footings the next day,” Lewis said.

Managing six other projects in this same Southeast area of San Diego’s 9th district, Lewis said it often can be a struggle going from the planning phase to getting funding and building.

“I had never built a house before 2017, but I had to figure out how to get plans done, how to get the money and how to navigate the city because that's really a journey navigating the city. I cannot be the only one who has had to go through this drama, and then DaSean walked into my life, and I am committed to get him through this project ahead of schedule,” Lewis said.

The all-African American group is breaking ground while breaking barriers. The plans for the housing project consist of seven units, including three-bedroom / three-bathroom villas. Cunningham invested $200,000 of his own money, got a $400,000 loan to pay for construction and has to pay for city fees, water and sewer permits, and school and architecture fees, totaling about $800,000.

"The number one source of wealth in the United States is real estate. He's a Black man like myself, and we got to support each other in the space as we represent .25% of the industry,” said Demetre Booker Jr., managing partner for Elevate Commercial, a minority-owned commercial real estate firm.

“For him to own this is already a success. The average African-American net worth is $17,000 compared to Hispanics at $23,000 and Caucasians at $170,000. The majority of the affordable housing developers out there do not look like who lives in the communities that they are helping or doing business in, so there is often a disconnect of the services and resources and the rent within those projects,” Booker Jr. said.

Newton Gardens is just a dirt lot now, but Cunningham said the project represents much more.

"I love what this symbolizes. Like these African-American men who are doing developments in San Diego in communities that they live in and being a model for what is possible,” Cunningham said.

The Newton Gardens development is expected to be completed by fall 2022.