Bob Fria was a well known Mustang historian and the author of the book "Mustang Genesis: The Creation of the Pony Car." 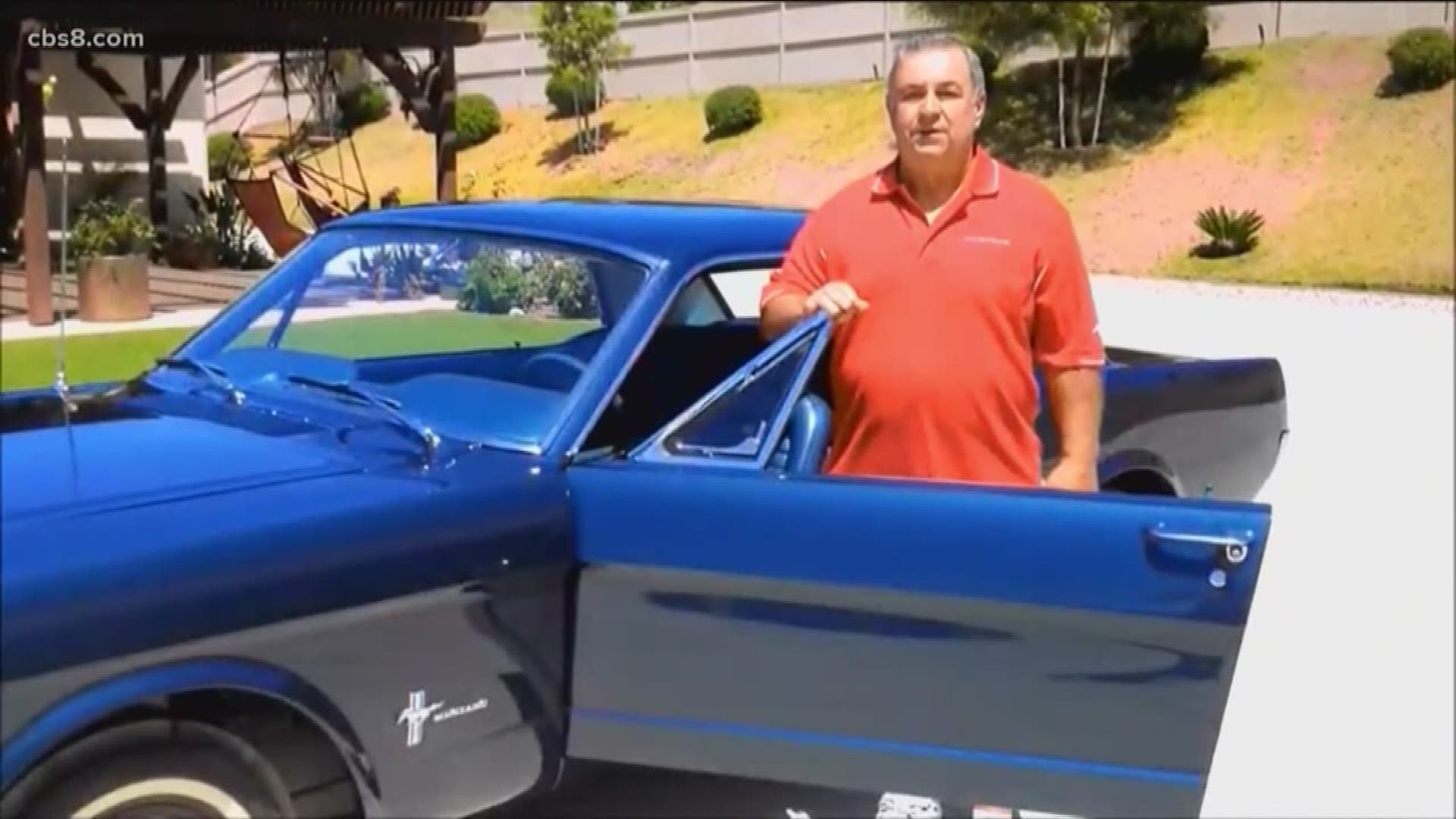 You probably didn't know Bob Fria, but you may have seen him on Jay Leno's garage, or the most famous of his cars: The first 1965 Ford Mustang hardtop to roll off the assembly line in 1964.

It's been featured in publications, television shows, and even in the hit movie, "Ford v Ferrari."

Bob was a well known Mustang historian and the author of the book "Mustang Genesis: The Creation of the Pony Car."

But, of course, Bob was much more than that, he was a husband, father, and grandfather.

Joyce Fria, Bob's wife said she was sick first, but got better while he kept getting worse. He finally agreed to be taken to urgent care on March 29th, after being ill, weak, and coughing constantly for about two weeks.

Joyce dropped Bob off at the curb at urgent care and was told to come back in about an hour after they took a chest x-ray and some blood.

"I was so worried about getting him to the urgent care that I kind of was pushing him to get in there, and I didn't give him that hug. You think back on the things you should have said and done. It's too late - too late," said Joyce.

It was the last time Joyce would see the love of her life.

When Joyce called to check in, she was told Bob's condition was so serious that he had been rushed in an ambulance to Palomar Medical Center Poway.

She was able to talk to Bob before he was taken to ICU where he was intubated. He told her he understood that they were going to intubate him and put him on a ventilator and that he was okay with that.

Bob was intubated and put on hydroxychloroquine that Sunday.

By Tuesday night, Joyce said his oxygen levels seemed to be on the rise. They asked Bob's nurse if he could put a phone up to his ear for them. Joyce said she told him to fight and they needed him to come home.

Bob Fria was born in Maryland, raised in Colorado. He earned his pilot's license when he was just 15 years old. He served as a pilot in Vietnam, and then flew for United Airlines for 30 years.

Joyce and Bob lived in La Crescenta until about ten years ago, when they moved to Escondido to be closer to their daughter, Nicole and her family.

Nicole said of her late father, "My dad was always there for everybody. He was the most gentle soul. He was accomplished. He will be remembered by people I didn't even realize he knew. He just was larger than life in a lot of ways, but mainly he was my dad."

Joyce Fria and her family shared this story because they want people to take the coronavirus pandemic seriously.

She said once she and Bob got sick, they self-isolated, and that was before any stay at home orders were issued.