California: Is there a solution to living comfortably in a very expensive state?

The state of California is taking ADUs to the next level. This year, new laws are expected to make it easier to build them, not one but two on a single lot. 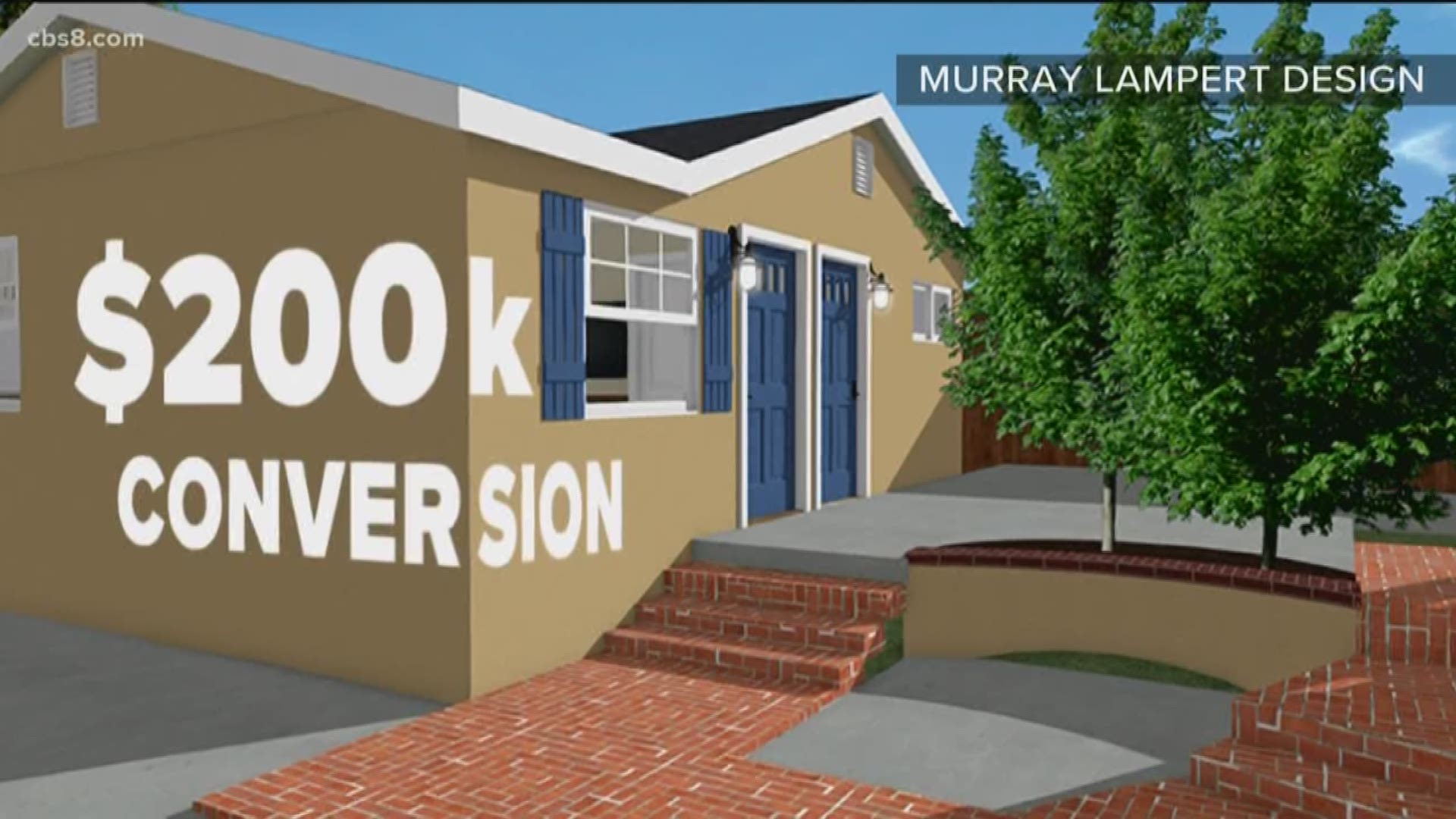 SAN DIEGO COUNTY, Calif. — San Diego is considered one of the most expensive cities to buy or rent a home in California, but lawmakers said that could soon change if residents are willing to sacrifice some space.

Amelia Kowalewski recently moved to San Diego from Cleveland to be closer to her daughter and grandson – even if it meant downsizing.

“I lived in just under an acre with woods behind. I miss the open spaces,” she said.

Her place, known as a granny flat, will even have its own address.

Kate Kowalewski has spent about $200,000 to convert her garage into an apartment for her mom. That is the average cost to build a granny flat in California.

“We have a lot of family time together, but then also have our own separate little spaces,” said Kate.

The Kowalewskis are part of a growing number of families turning to “accessory dwelling units,” known as ADUs. Gregg Cantor is no stranger to the concept. His company Murray Lampert Design said the popularity and production of ADUs are through the roof. He credits new incentives from the city of San Diego.

“The fees are mostly waived. The plan check fees and inspections waived, but it substantially reduces the cost to build one of these units,” he said.

The state of California is taking ADUs to the next level. This year, a slate of new laws expected to make it easier to build them, not one but two on a single lot.

Prior to the new legislation, homeowners could either have one granny flat or one junior unit attached to a home. Now, homeowners can have one, two or three homes all on one lot with the promise of little to no red tape.

Gary Geiler is the deputy director for San Diego’s Development Services Department. He oversees preparing the ground for a sort of backyard building boom.

“Follow the regulations and rules. We will approve it same day. The goal is to increase the supply of housing,” he said.

According to Geiler, hundreds of granny flats went up last year after San Diego slashed permitting fees, but he expects the new law to generate thousands more.

“In some of these neighborhoods, in some lots, they can handle one or two units,” said Geiler.

“We have a shortage of housing across the board and it is impacting everyone whether you are homeless or working full time,” he said.

Supervisor Fletcher said he wants to pay homeowners to build an ADU on their lot. The county would have control over who gets to live in it, and the homeowner would potentially get something out of it down the line.

Geiler said he hopes “that there are some controls. I mean, I just don’t want it to become a monopoly city.”

So, what does that mean for people trying to get through the street or park their car?

“There will be additional parking impacts, perhaps in certain neighborhoods, but some of these companion units include parking," said Geiler.

For the Kowalewskis, their worry is for the next generation. A new crop of homebuyers looking for an affordable place to live.

“There are so many young people coming out here to follow their dreams, and they need to have some place to stay. I think it is good,” said Amelia.

ADUs would come with some new rules for homeowners. First, the units must be built for the long term not short-term rentals. Secondly, homeowner’s associations have no say because the new law would trump HOAs.