“It wasn’t really working, and the science teacher kept pouring more rubbing alcohol to make the flame build up more. It went wrong and blew up in my face." 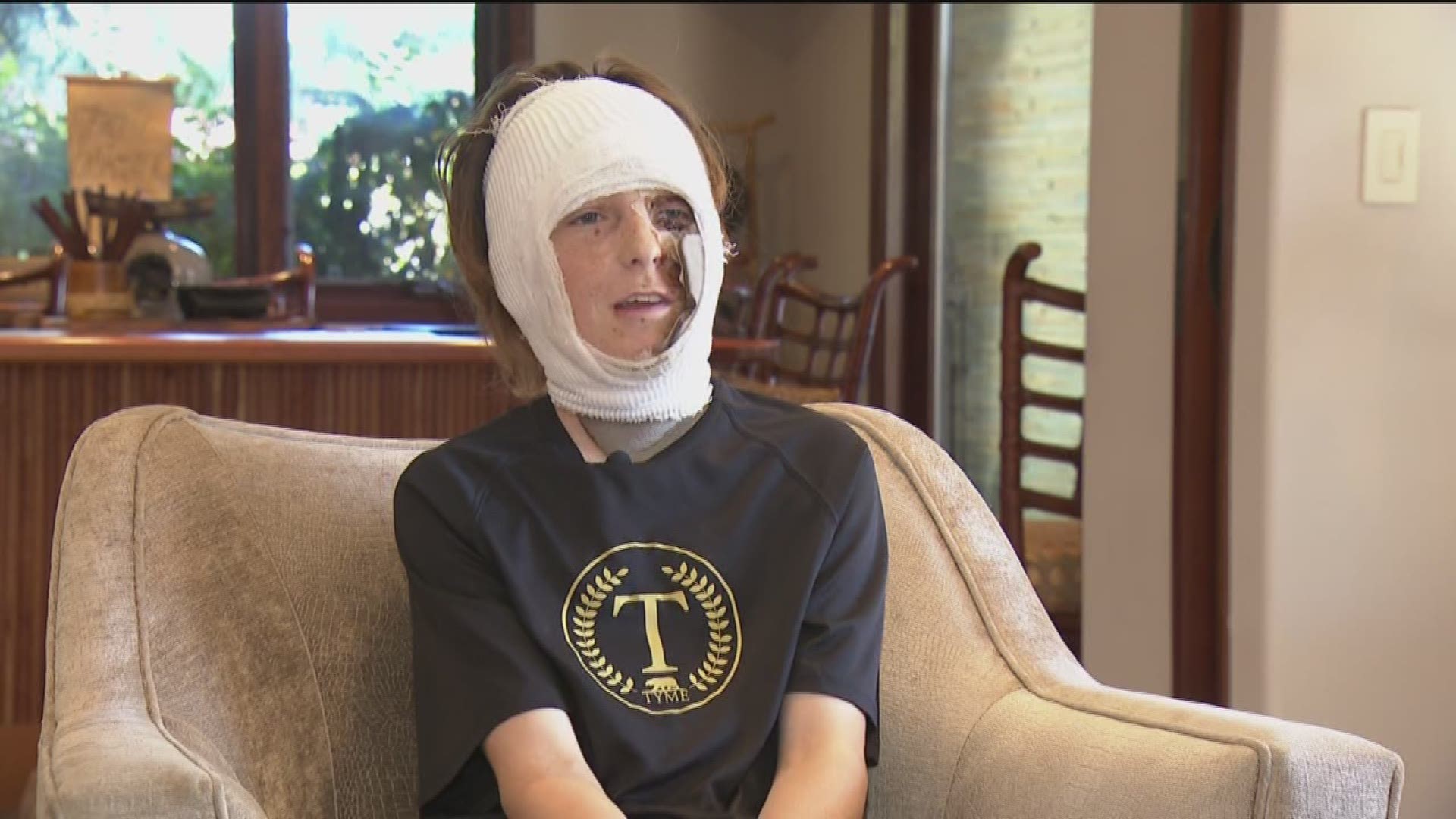 SAN DIEGO — A week before school was out for the summer, 13-year-old Priest Rivera says a science experiment for his sixth-grade science class at Capri Elementary went horribly wrong.

The experiment that went wrong is called “black snake” – where you ignite baking soda and sugar. The carbonate pushes out the melted sugar, forming a snake like ash.

“It wasn’t really working, and the science teacher kept pouring more rubbing alcohol to make the flame build up more. It went wrong and blew up in my face,” he said.

Priest said his face, hair and neck were on fire.

“I totally freaked out. I started running around and all my friends were saying, ‘he’s on fire! He’s on fire.’”

Priest spent a week in the hospital in the intensive care unit and underwent four surgeries. He missed his promotion and is now dealing with physical and mental pain.

Priest’s family has filed a claim against the district citing negligence which could lead to a lawsuit.

The superintendent emailed News 8 saying the incident is under investigation: “Due to the students’ right to privacy, we are unable to provide a response or update at this time.”

Priest, who is avid golfer, said there is more than just physical pain and trauma: “It is very uncomfortable walking into restaurants and going outside in general because they just look at me.”

Through tears, Gina told News 8, “I like wanted to go lay my face on a stove and go through it with him.”

Priest’s family has rallied around him and so has golf club maker Scotty Cameron and pro golfer Rickie Fowler.

Under the bandages is a 13-year old who has not ceased to smile.

“I am trying to find the positive because if I think about the negative, I will not hear as fast,” he said.

The Sheriff’s office said it is investigating and detectives are still talking to witnesses. The district has 45 days to respond to the claim.