Concerned over an increase in crime and homelessness, residents in Carlsbad made their fears known to city leaders and police officers in an open neighborhood forum. 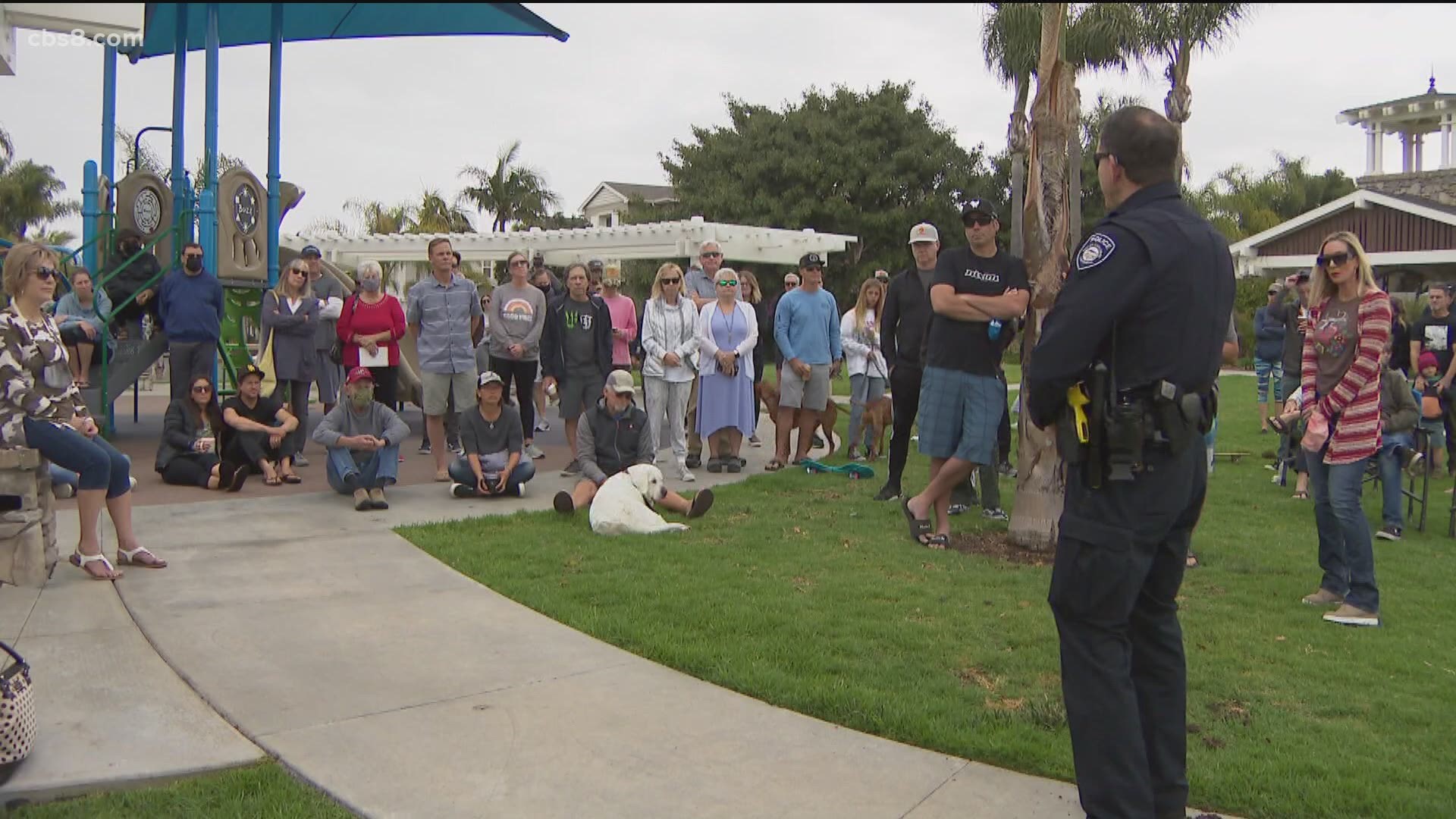 CARLSBAD, Calif. — Addressing a large crowd of Carlsbad residents in the Waters End neighborhood off Avenida Encinas and Poinsettia Lane, concerns over the rampant rise in crime were raised.

“I am concerned that something more tragic could happen, potentially someone could be gravely injured or murdered, what is a solution to that?” asked Heather Richardson, a psychologist, who’s lived in her Carlsbad neighborhood for 12 years.

Neighbors complained of incidents near the Motel 6 across the street.

"That motel offers the cheapest night to stay in almost the entire county of San Diego,” said Carlsbad Police Lt. Kevin Lehan over the special investigations unit, which includes the homeless outreach team.

Carlsbad City Council just approved a hotel vouchers programs for one year for $3.2 million to house the unsheltered in order to reduce Carlsbad's homeless population.

"There is a lot of cry out they are saying why are we spending so much money? Because if we don't, what is the solution? We just leave them out there,” said Keith Blackburn, Carlsbad Mayor Pro Tem.

Specific hotels, locations or the number for the hotel vouchers have not been determined, but residents say they want them far away from neighborhoods to keep crime down.

"For the hotel itself, it is a private business, we cannot necessarily regulate what they do, so at the very least we can do enforcement with our police department and then of course the neighborhood watch,” said lifelong Carlsbad resident Dr. Priya Bhat-Patel, who represents Carlsbad City Council District 3.

Richardson says her next-door neighbor's car was recently broken into.

“We are definitely beefing up security in this particular community, increased cameras, increased lights,” Richardson said.

There has been a rise in homelessness and encampments found all across San Diego County during the pandemic. Carlsbad Police call some of the hotel areas "homeless hotspots."

"The ability of law-enforcement to move them along has been limited a little bit so it becomes attractive for them. This community is really impacted significantly, so I think they are feeling that,” said Lt. Kevin Lehan.

Lehan added the issue is multilayered from the chronic homeless, the recently homeless, and the criminal element. He and city officials hope the open forum was informative.

“You can hear from the questions asked that there was some misinformation that I think we were able to clarify. This is what community policing is all about getting to know the residents by name and face, and it’s a force multiplier, if we have this entire area calling us and letting us know, then this was time well spent,” said Lehan.

Richardson said she appreciated the city council members and police coming out, but the discussion is a first step.

The Carlsbad City Council will meet on Tuesday. This homeless and crime issue will not be an agenda item, but it can be something that could be discussed. The homeless voucher program is slated to start June 12.