According to relatives, the boys killed were brothers, ages 4 and 5. 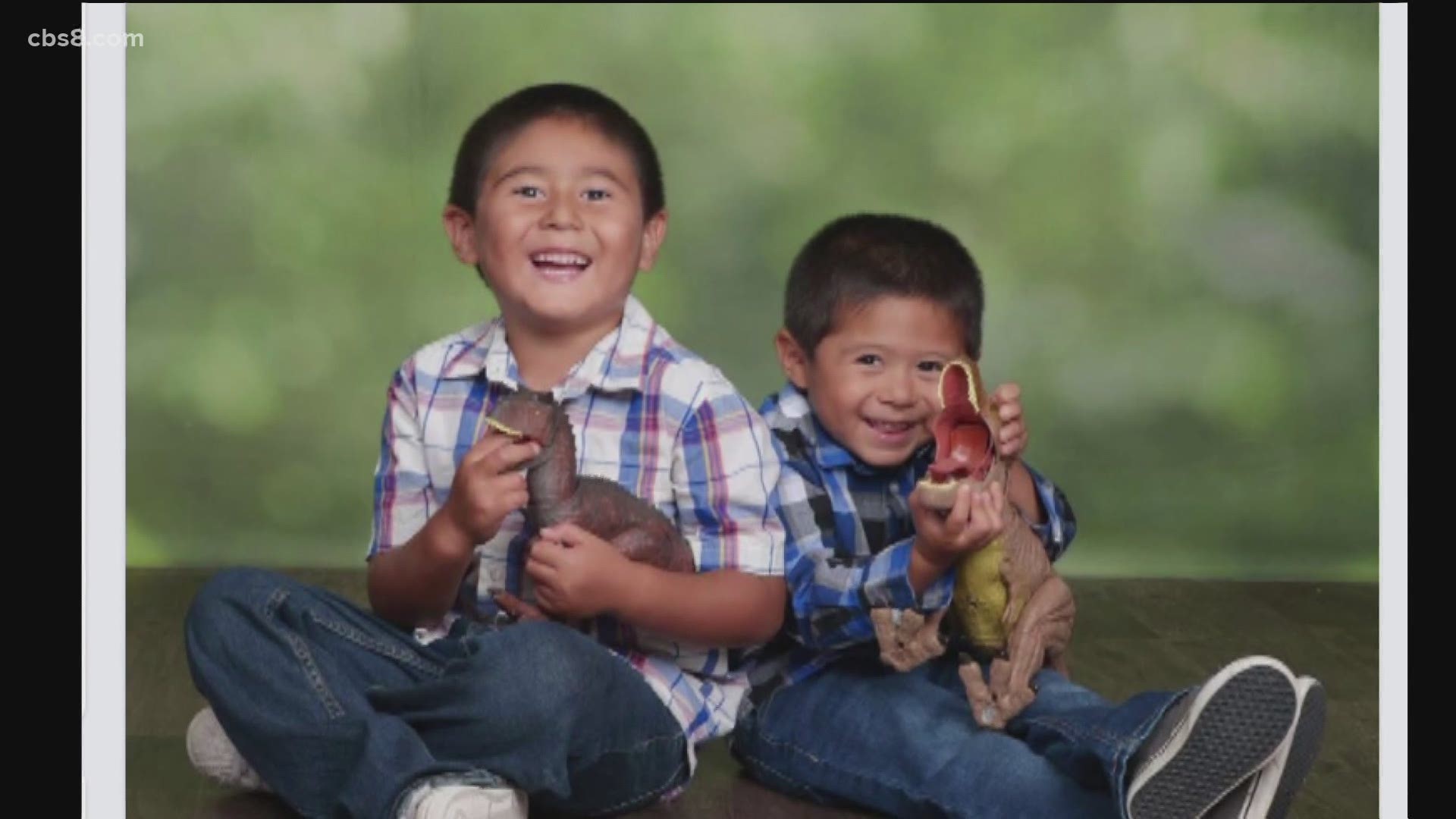 CHULA VISTA, Calif. — Two kids were killed early Thursday morning in a house fire in Chula Vista. According to relatives, the boys were brothers, aged 4 and 5.

The fire ignited shortly after midnight in the 200 block of Coralwood Court in Chula Vista. An adult male and an adult female got out of the house, but the two kids were unable to escape.

After trying to put out the fire with a garden hose, the man was taken to the hospital to treat his injuries.

Michael Becera lives in the house behind the one that burned. He was alerted after hearing someone scream for help.

Becera and another neighbor tried to put the flames out on their own, but said it became obvious, there was little they could do.

“This happened so fast. This fire just spread so fast. By the time I got my hose and got to the backyard my gate and I was spraying, and my neighbor told me already he saw the firemen pulling out the children," Becera said.

Meanwhile, other neighbors watched helplessly from the sidewalk as firefighters worked to get the fire under control.

“I have two children that are 2 and 4 and I knew we had similar age children. I also survived the war when I was young where I watched people drop dead from grenades and snipers and honestly my legs were shaking for hours watching this," one neighbor said.

While workers stayed through the night to board up the home, neighbors who didn't know the family showed up with their children with flowers and balloons.

"We just wanted to bring some flowers here for the family. I can’t imagine. It’s devastating," said Yasmin Hernandez. "I hope it brings them a slight bit of joy to know their community supports them."

According to a GoFundMe page set up for the family, the boys' dad tried to save them.

“Today we learned that one of the children who died in a Chula Vista house fire early Thursday morning was a kindergarten student at Avondale Elementary School in Spring Valley. We are all deeply saddened by this heartbreaking news. This is a truly devastating time and a terrible loss for our Avondale school community. Counselors will be available at the school throughout the rest of this week. If your children need any assistance dealing with this loss, please encourage them to speak with a counselor or a trusted adult. We ask that our community members keep the student’s family and loved ones in your thoughts and prayers and we extend our deepest sympathies and all of our love to the family.”

"He is a beloved school employee, but I am not able to provide any additional identifying information. We are reeling from this loss and are focused on supporting our students and the family through this difficult time."