The project will have a planned 4,300 units of housing -- of which 430 are planned as affordable housing at 65% of the area median income. 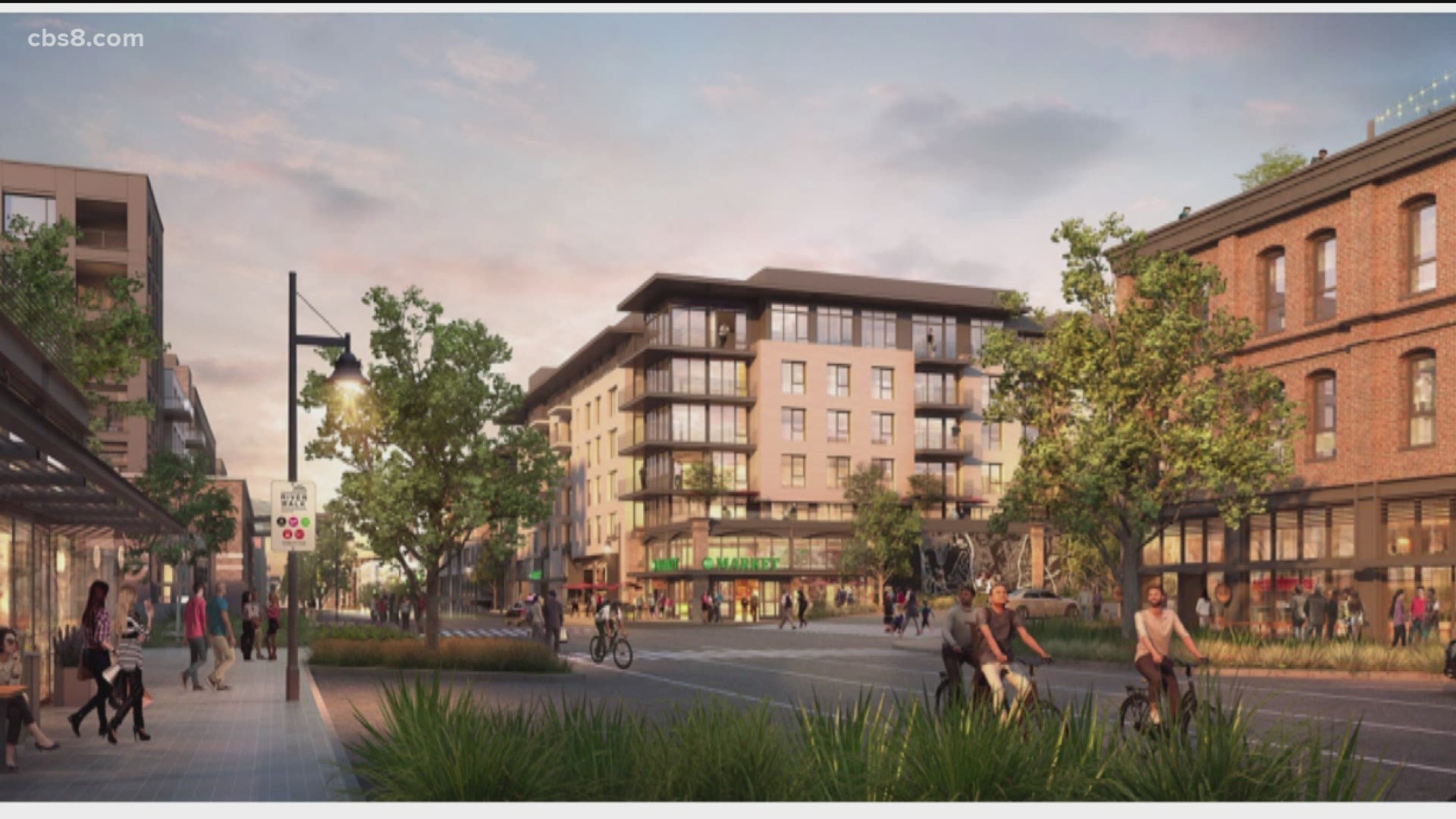 The Riverwalk San Diego project is intended to transform the existing Riverwalk Golf Club into a neighborhood as well as restore the stretch of the San Diego River that runs through it. The council voted 8-0 to approve the plan, proposed by the international real estate firm Hines, with Councilman Chris Ward absent.

The project, located at 1150 Fashion Valley Road, will have a planned 4,300 units of housing -- of which 430 are planned as affordable housing at 65% of the area median income. The plan also includes 55 acres of parks, a protected watershed around the San Diego River, a Metropolitan Transit System Green Line trolley stop and five miles of walking and cycling trails.

"We feel this project can show that a car-free lifestyle is not only possible, but preferable," said Pete Shearer, a spokesman for the project.

The company plans to break ground during the second half of 2021. The project includes 152,000 square feet of retail space and 1 million square feet of office space, and will include nearly 100 acres of parks, open space and trails -- including five acres of active community parks, a 45-acre River Park and 47 acres of protected riparian area along the river.

Hines will pay $750,000 annually to maintain the development's parks. Shearer also said the company will build the trolley station using its own funds, without a taxpayer expense.

More than a dozen residents called in to offer comments on the project. Several members of the Mission Valley Planning Group, which voted 11-0 on Oct. 14 to recommend the project, called in to echo their support as a transit-oriented, business-friendly development that meets the city's Climate Action Plan.

One caller raised several issues with the project as planned, saying the congested Friars Road could not easily handle the influx of 4,300 homes worth of traffic. She also said authorizing the project, with its limited parameters of affordable housing, was irresponsible during a pandemic.

Still, city leaders were confident they had received ample support from nearby residents. The Riverwalk plan, established through a partnership between Hines and the Levi-Cushman family landowners, incorporates community input gathered over several years by the Hines team in nearly 100 stakeholder and community planning group meetings.

"This is an example of how much better a project can be when we have meaningful community input," City Council President Pro Tem Barbara Bry said.

Councilman Scott Sherman praised the project as an "example of smart growth" based on existing transit lines and attempting to meet the city's climate and housing goals.

The city's Planning Commission recommended approval of the project on Oct. 22.

The first step of the project is converting the existing golf course into green space, with housing construction to follow.