Kaitlyn Rose Pilsbury runs Rosie’s Café which was featured on an episode of “Restaurant: Impossible” on the Food Network. 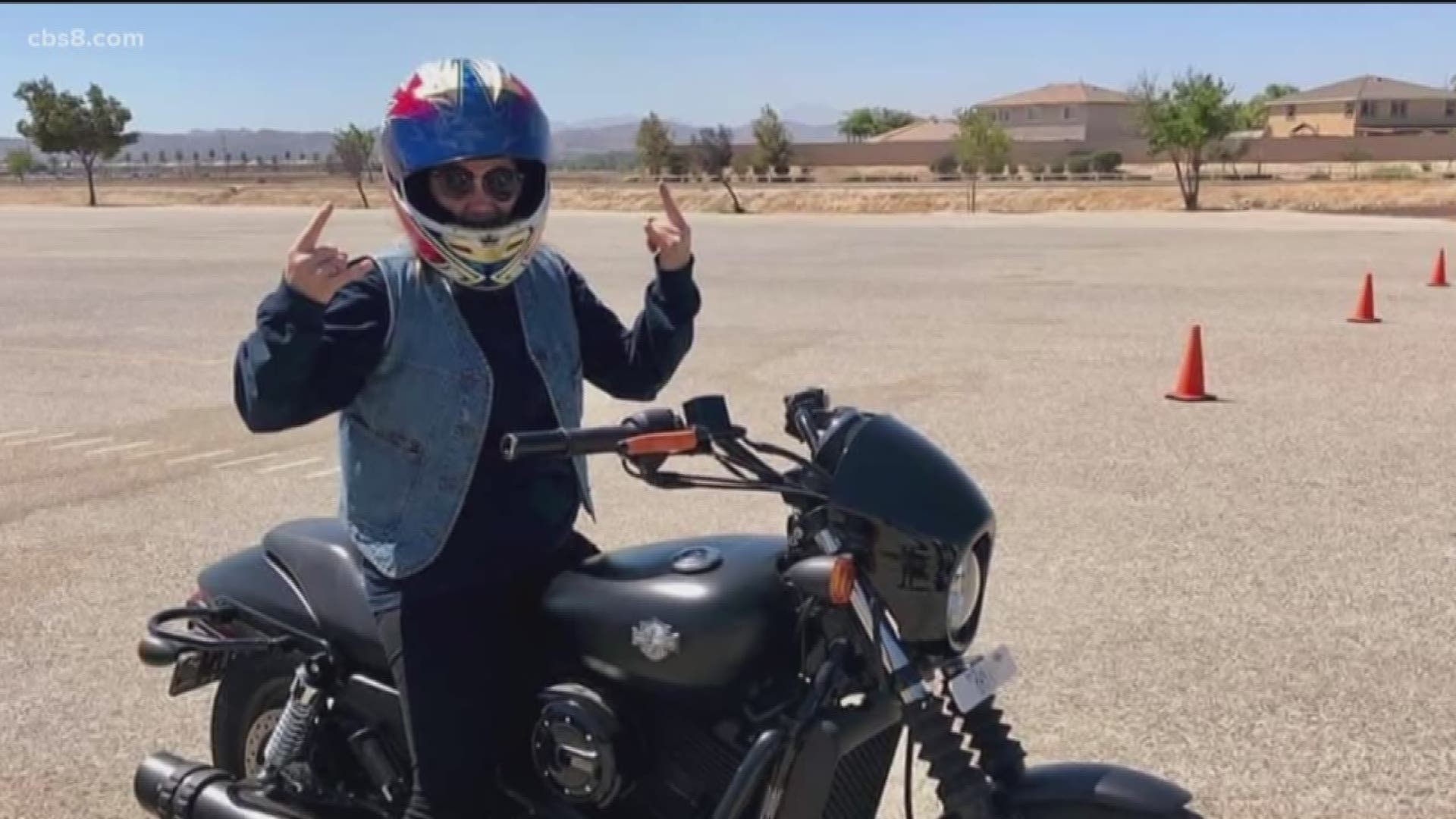 SAN DIEGO — The owner of a popular eatery in Escondido has been hospitalized with serious injuries since she was involved in a motorcycle crash on Dec. 21. Kaitlyn Rose Pilsbury runs Rosie’s Café which was featured on an episode of “Restaurant: Impossible” on the Food Network earlier this year.

After the accident, Kaitlyn's friends and family along with community members and even other restaurant owners have come together to make sure her business is thriving while she recuperates.

Classic cars, vintage posters and of course the great American heroine Rosie the Riveter adorn the walls of Rosie's. While the coffee and pancakes have kept coming out of the kitchen the last week, Rosie's is missing something: Rosie herself. Kaitlyn Rose was in a motorcycle accident earlier this month and has been fighting for her life in a hospital.

Customers and those who work at the cafe know her as a fun-loving owner who loves children.

"She's so bubbly, so funny," said Sandy Nalborski, the manager at Rosie's. "She runs back and forth she makes the customers feel so welcome. She'll be cooking, run out, give em' a hug and run back into the kitchen."

With Kaitlyn in the hospital, Sandy and her crew have been keeping the food coming and rallying support for their owner.

"She's like a daughter to me, she's only 33 and she's just an amazing, amazing woman," said Nalborski.

The mood has still been upbeat at the cafe, Sandy said because she knows that the Rosie in the hospital is just as strong as the Rosie on the wall.

"Everyone loves and adores her as you can see," says Nalborski "And when she comes back she's going to come back to a stronger Rosie's than ever"

Police in Vista are still looking for the SUV that hit Kaitlyn and left the scene of the accident.

A GoFundMe page established to help Kaitlyn with medical costs reads in part:

“Her injuries are extensive but she is strong and resilient. She has a long road of healing ahead of her but with your generous donations, we can help take some of the financial hardship out of the equation.”

Rosie’s re-opened for business on Thursday and also began accepting cash donations for Kaitlin. On Sunday, diners packed the place for brunch with many throwing their extra dollars into the donation jar. Rosie’s is located at 117 W. Grand Ave. in Escondido.