Concussions can happen to anyone. Tonight on CBS News 8 at 11pm, a health alert with Barbara-Lee Edwards about injuries to the head. What you need to do to protect your child. 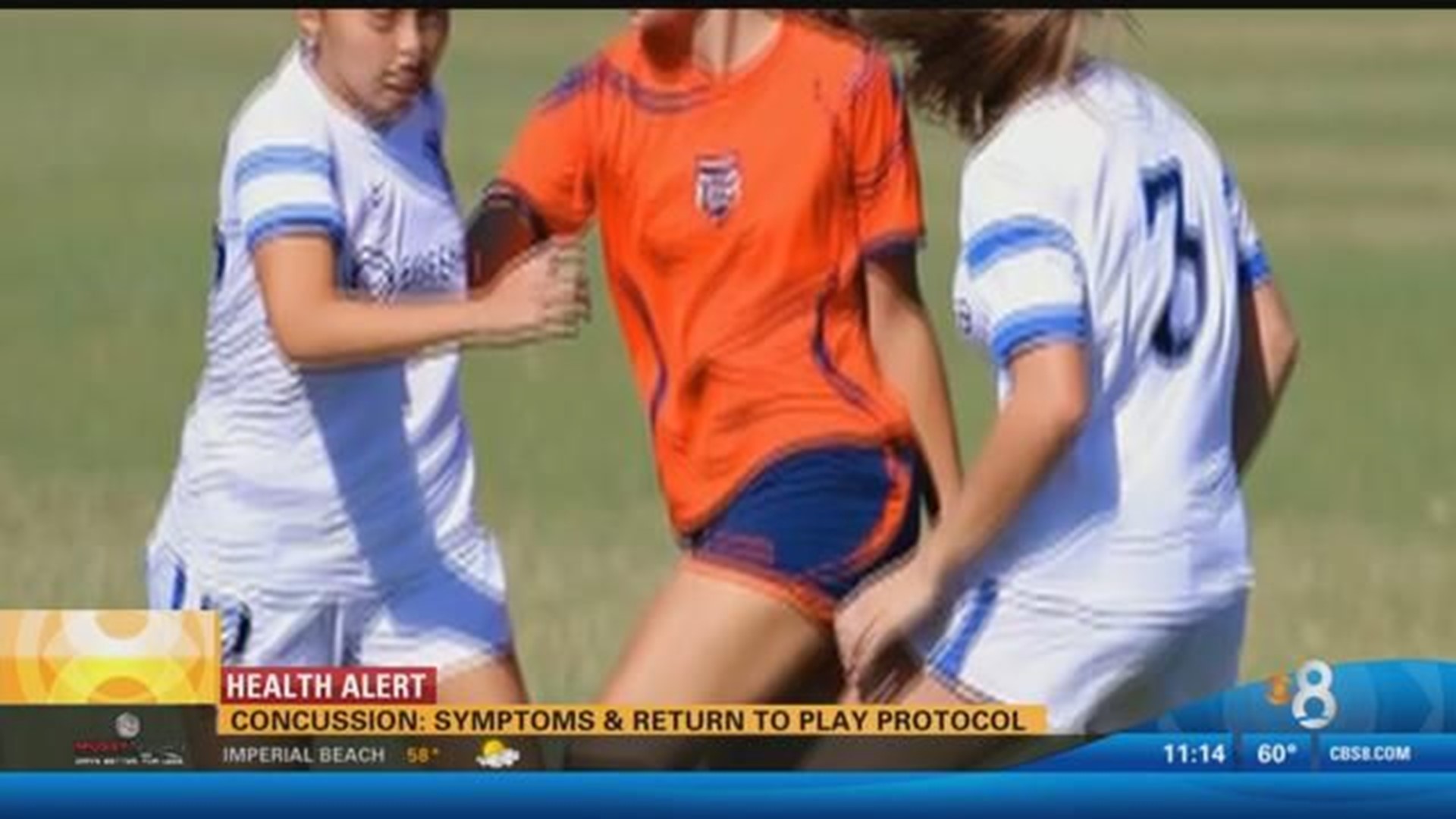 SAN DIEGO (CBS 8) - If your child plays sports it's important to know how to recognize a concussion and the steps you need to take before your child returns to play.

San Diego 8th-grader Gianna Callipari has been playing soccer since she was 3 years old, but a series of concussions put her on the sidelines.

"I was going up for a header right when a girl was coming down for a header and my head hit the bottom of her head," Gianna said.

"My head just was dizzy and my eyes were hurting and in pain. The referee was like you need to go to the hospital right now, you don't look right." she said.

Gianna wanted to keep playing but thankfully she followed the advice of her coach and parents.

"You just have to be aware of how you're feeling and know the symptoms," said Gianna.

Symptoms like slurred speech, burry vision, nausea, headache and disorientation are all warning signs of a concussion.

Doctors at Rady Children's Hospital say under no circumstances should a student return the game after a head injury and suspected concussion.

"Have the game stopped; that kid needs to come out of the game, be evaluated by a professional and medical trainer, or somebody on the field that understands what a concussion is," said Dr. Pritha Dalal, a concussion expert at Rady Children's.

Concussions can happen any time, during practice or play, and students need to know it's okay to report the injury to a coach or trainer.

"If there's any of the slightest bit of a problem, whether it's headache or any of the associated head trauma, we want them to come see us," said Ryan Nokes, an athletic trainer at Point Loma High School.

"We want them to tell us because we're going to make sure they stay safe," said Nokes.

The lead physician at the San Diego Unified School District advises complete rest for the first 24 hours following a concussion.

"If they get a second concussion before the first one is healed, that second one is really so apt to cause some long term damage," said Dr. Howard Taras.

The district's "return to learn" protocol means no homework, no television, and no cell phone use during the first phase of recovery, said Taras.

For Gianna's parents, allowing their daughter back on the field was the hard part. "Every time she sets foot on that field it's very scary, especially if she goes down," said Gianna's mother, Gina Callipari.

"If I were to not play soccer anymore it would be really sad and depressing," said Gianna.

To help reduce head injuries, San Diego City School athletes can expect to see less full-contact drills during practices; and more volunteer coaches are being trained in how to recognize concussions.